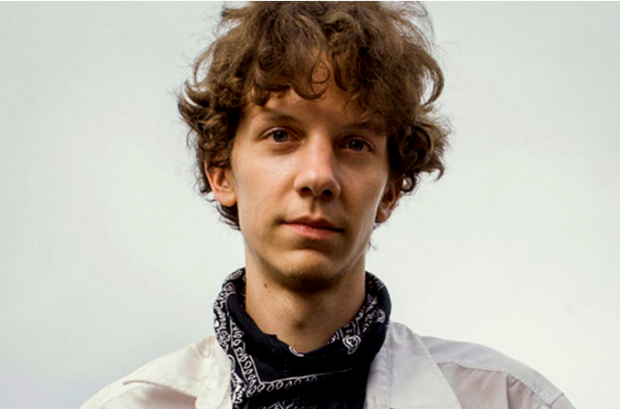 Stratfor In Hiding Due To Protests?

Above Photo: From MintPressNews.com. Jeremy Hammond, hacktivist and political prisoner, was behind the now famous Stratfor email hacks.

Jeremy Hammond, the Anonymous hacktivist imprisoned for leaking thousands of emails from a corporate intelligence agency to WikiLeaks, turned 31 on January 8.

For more on this story visit Prison Abolition and Prison Support

AUSTIN, Texas — In what’s become an annual tradition, activists gathered in downtown Austin on Friday to celebrate the birthday of a political prisoner and hacktivist nearly forgotten and ignored by the mainstream media: Jeremy Hammond.

In 2012, Hammond, along with other members of the Anonymous-associated group Lulzsec, hacked millions of emails from the servers of the Strategic Forecasting, also known as Stratfor, a private intelligence corporation located in the city, and leaked them to WikiLeaks, where they became known as the “Global Intelligence Files.” Among other revelations contained in the emails, the files showed that Stratfor had been spying on activists on behalf of corporations like Dow Chemical and working with the Texas State Troopers to infiltrate Occupy Austin.

For Leah Burris, an organizer from Prison Abolition and Prison Support (PAPS), an Austin-based group which organized the protest on Hammond’s birthday, the worst thing about Stratfor is that they are supported by our tax dollars in addition to their corporate clients. “What I wish people know most about them is that basically our government is giving Stratfor money that we give them to spy on us.”

In Nov. 2013, Hammond was sentenced to 10 years in federal prison, which he is currently serving in FCI Manchester in Manchester, Kentucky. Azzurra Crispino, another organizer from PAPS, once promised in a letter to Hammond to celebrate every birthday he spends in prison with a party outside Stratfor’s offices. For his third birthday since the 2013 conviction, PAPS selected a feline theme, calling the event “Bring Your Cat To Stratfor Day.”

“Jeremy loves cats. Anonymous loves cats,” Crispino told MintPress News. “Do you remember ‘Bring Your Daughter To Work Day’? We thought it would be funny to bring cats to Stratfor.”

On that warm winter afternoon, about 10 activists wearing cat costumes gathered outside Chase Tower, an office building believed to house Stratfor, and the site of several previous protests against the group over the years. A few brought stuffed cat toys while others assembled a crude representation of a cat’s litter box which they told MintPress represented the “data dump” of Stratfor’s emails.

However, after their arrival, a security guard told the group that Stratfor had moved. Google Maps still lists the corporation as located in the building, and they had the same address listed on their website until at least Sept. 10, according to an archived snapshot of the page saved on The Internet Wayback Machine. However, as of this writing, Stratfor’s website now lists a post office box as their “corporate headquarters” instead. “Obviously, I feel as an organizer like I got caught with my pants down,” Crispino commented with a laugh, then added, “But then there’s part of me that thinks, ‘did they move because of us?’”

@_P_A_P_S_ @FreeJeremyNet Felt the Lord had me praying for him just last night,saw his face while praying in tongues,he’s in my prayers.

According to Crispino’s conversations with Hammond, Stratfor employees would take extra security precautions any time protesters were nearby, interfering with their work. In addition to the birthday celebrations, PAPS once attempted to roast a pig across the street on the anniversary of Hammond’s arrest, and, in 2011 and 2012, Occupy Austin protested both at the Chase Bank branch in the building and at Stratfor, most notably by floating helium balloons marked with Anonymous’ well known logo, the Guy Fawkes mask, up to the windows of Stratfor’s offices. Activists, including this reporter, also shut down a series of book signings by Stratfor’s CEO, George Friedman.

PAPS remained outside Chase Tower for about two hours, where they handed out dozens of fliers, educated people about Jeremy Hammond and Strator, and collected about 20 signatures on a birthday card for the hacktivist:

Birthday card to #FreeJeremyHammond signed by attendees of his bday event pic.twitter.com/UsRY4300eg

The group also shared cupcakes and sang happy birthday for Hammond when he called from prison.

Although both organizers called the event a success, citing increased attendance over previous birthdays, Crispino said she hoped someone — perhaps another member of Anonymous — would clear up the matter of Stratfor’s address before Hammond’s 32 birthday on January 8, 2017.