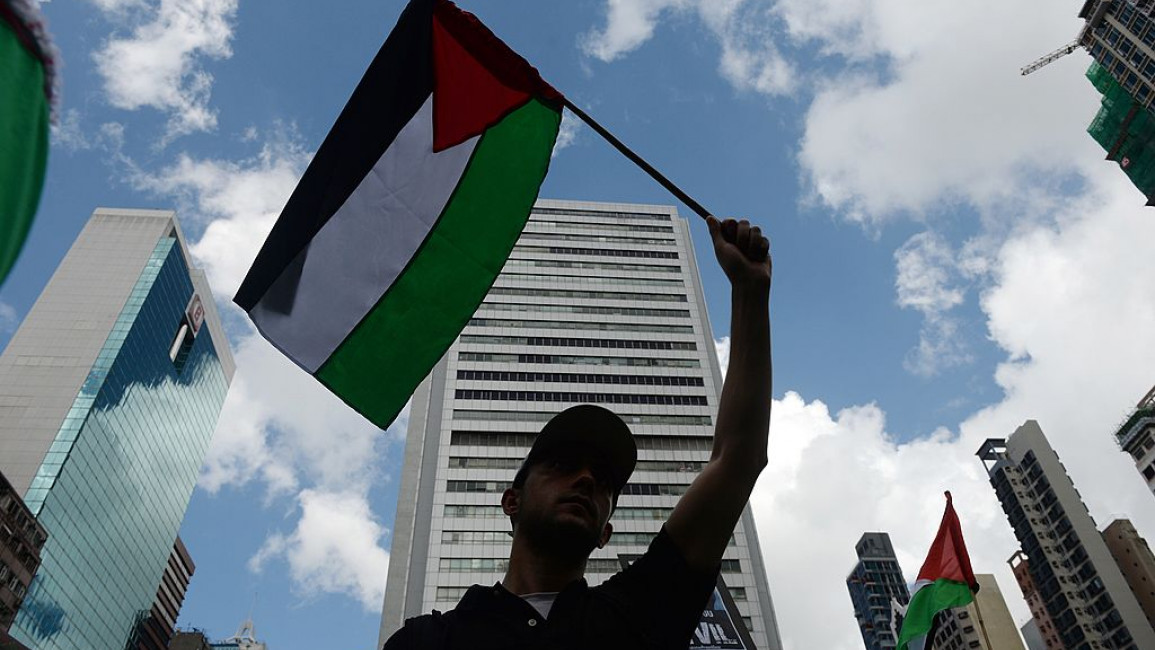 Student Protests US Support To Israel At Graduation Ceremony

Students carried pictures of slain journalist Shireen Abu Akleh and the Palestinian flag during their graduation ceremony at Georgetown University, calling on the US to end Israeli aid.

A Palestinian student protested US support for Israel during her graduation ceremony, holding a picture of slain reporter Shireen Abu Akleh and refusing to shake hands with Secretary of State Anthony Blinken.

Nooran A., graduating from the Center for Contemporary Arab Studies at Georgetown University, Washington D.C., raised a Palestinian flag as she walked on stage to receive her certificate, refusing to shake hands with Blinken and telling the US’ chief diplomat that the government should cut all support to Israel.

Nooran wrote on her Twitter page that Blinken approached her after the commencement and told her “I hear you”, as she called for an independent investigation into the killing of Al Jazeera journalist Abu Akleh and said accountability for Israel was essential.

Abu Akleh was shot dead by Israeli forces on 11 May while covering a raid in occupied Jenin.

She added that he walked away when she told him to cut all US aid to the Israeli military.

The US has given Israel a total of $146 billion in bilateral assistance and missile defence funding through 2020, according to the Congressional Research Service.

“Neither myself or my peers have claimed that our action has done anything more than protest Blinken and the policies he upholds, and raise awareness for Shireen/Palestine,” Nooran wrote on Twitter.

“Comments claiming that we’re acting like we’ve done more than that are in bad faith.”

In Arabic, she added: “We are staying here whether you like it or not.”