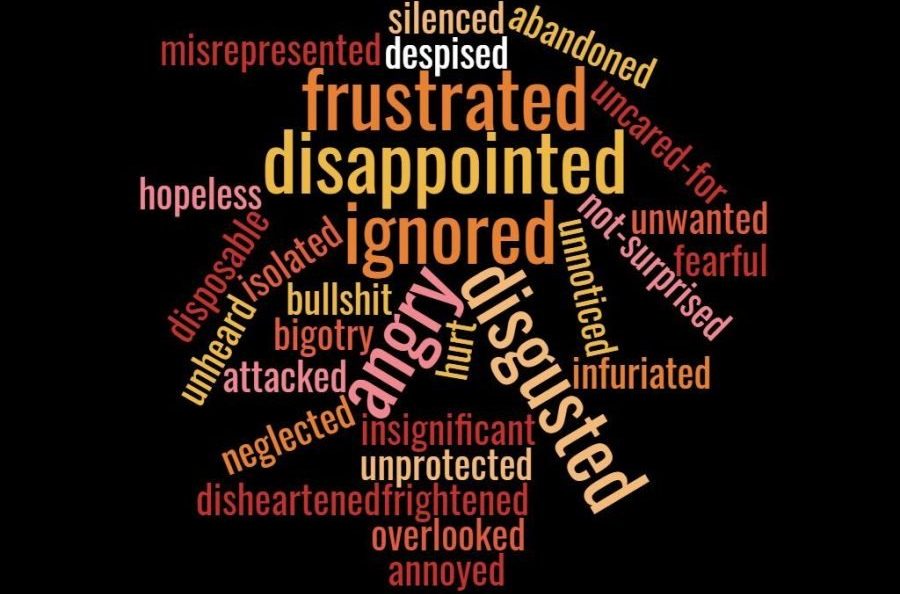 Students Continue To Pressure Northwestern University To Abolish The Police

Above photo: Graphic by NU Community Not Cops. In the January meeting between NU Community Not Cops and central administration, NUCNC members changed their Zoom backgrounds to feature this graphic which they said reflects collected responses from Black students after Schapiro’s Oct. 19 email.

After several months of continuous pressure on Northwestern administration to abolish University Police and divest from policing and other militarized entities, NUCNC is continuing their work into the new quarter.

Since their campaign of more than 30 days of consecutive actions, the group has not held any mass protests or demonstrations, but they continue to pressure the University and practice mutual aid — a core tenet of prison-industrial complex abolition.

“Prisons are the biggest social service we have,” NUCNC member Eliza Gonring said. “So poor people, homeless people, Black people are just getting funneled into prisons and if we want that to stop, if we don’t want people to get preyed upon, we’re going to need to start supporting people.”

The SESP senior recently organized a winter gear drive between NUCNC and other organizations, collecting clothing and accessories from NU community members to distribute to local Chicago organizations that distribute resources and practice community care in Chicago.

Gonring collected gear for two days and it was a major success.

“People have really come through and donated a lot of stuff,” she said, adding that some people purchased additional items at Goodwill to donate. She estimated collecting 20 to 30 pairs of boots, 20 to 30 jackets and over one hundred accessories, calling these estimates on the lower end since many donations were made in bags. As a COVID-19 safety precaution, she won’t touch the donated items for two weeks.

The winter gear drive comes less than two weeks after NUCNC’s first meeting with University President Morton Schapiro and the first public and recorded meeting between NUCNC and central administration. During the meeting, Schapiro repeatedly challenged NUCNC’s claims that he had been inaccessible since the campaign’s start over 100 days ago.

“My expectation was that he would be defensive,” sixth-year Ph.D. student and NUCNC member Sarah Peko-Spicer said. “I can only imagine that when you enter into a space full of people whose pain you’ve been ignoring for so long that you will be defensive.”

Like Peko-Spicer, SESP senior and NUCNC member Liz Curtis did not have high expectations for the meeting but still said they felt “angry” during and after the meeting and felt the group had been “completely written off.”

In response, NUCNC used social media to call on the community to schedule weekly meetings with Schapiro to hold him accountable to his claims of accessibility. Community members can fill out a form created by NUCNC signing up for a week to meet with Schapiro and NUCNC has created a list of potential topics to bring up in conversation with the president including how NU upholds the prison-industrial complex and the actions of NIPAS in October.

Ultimately, while Peko-Spicer said she felt “depleted” after the meeting, she was encouraged after abolitionist Mariame Kaba spoke to the NU Community the next day, wholeheartedly embracing the group’s work and mission.

“I found (Kaba’s talk) to just be like medicine,” Peko-Spicer said. “Like exactly the kind of talk you need to hear to remind yourself of why you’ve committed to something.”