Students Organizing For ‘March For Our Lives’ And More

By Emily C. Bell, AlterNet
March 23, 2018
| Resist!
Students Organizing For ‘March For Our Lives’ And More2018-03-232018-03-23https://popularresistance-uploads.s3.amazonaws.com/uploads/2017/12/popres-shorter.pngPopularResistance.Orghttps://popularresistance-uploads.s3.amazonaws.com/uploads/2018/03/students-protesting-gun-violence.jpg200px200px

Note: The March for Our Lives being held on Saturday, March 24, 2018 will be a major event in efforts to confront gun violence. Organizers of marches across the country realize that one mass march is not is not going to end gun violence or enact policies to regulate guns in a sensible way. It will require a long-term, persistent effort that refuses to compromise on essential principles. Those who profit from selling guns will push back against efforts for gun control so organizers need to be persistent and insistent. We applaud these student organizers and urge them to develop a long-term campaign to put in place sensible gun laws. KZ

Across the Country, Student Organizers Prepare For March For Our Lives

“We’ll do the work where adults haven’t been willing to.”

Thousands are expected to gather in Washington, D.C. on March 24 for the March For Our Lives, speaking out for gun control and student safety in light of mass shootings like the Parkland, Florida shooting that killed 17.

While the streets of D.C. will be full of those supporting the Never Again movement, students across the country will also come together in their own communities. The hundreds of sibling marches stretch not just from coast to coast but around the world.

March For Our Lives organizers are demanding gun control measures, including increased background checks and the banning of assault rifles.

For these budding organizers, their demands are personal. Alexandria Goddard, a senior at Sunset High School in Portland, Oregon, and one of the student organizers of March For Our Lives Portland, remembers the moment she heard about the shooting at Marjory Stoneman Douglas High School. It was Valentine’s Day, during the Winter Olympics.

“I was watching figure skating and the pair that just came off the ice was the American couple that’s married and they said the perfect way to celebrate Valentine’s Day is on the ice together and it was just this beautiful moment of love,” Goddard said. “Then the news broke and I got a notification on my phone that there’d been a shooting in Parkland and that there were 17 dead. And it was just this moment of, this is a holiday about love and there are 17 families missing someone to love and that was the first thing that made me just so angry.”

Goddard had her own frightening experience at Sunset High in the fall of this year, a false alarm over a shooter in the school. When Goddard heard that the Parkland shooting had taken place in the freshman building, it brought back memories of the false alarm, and of sending frantic texts to her mom and close friends.

Across the country, students of all ages, with support from local organizations and national heavy hitters like Everytown for Gun Safety, are uniting under the resounding message that gun violence and mass shootings must end. CNN reports that there have been 17 such shootings in 2018 so far. 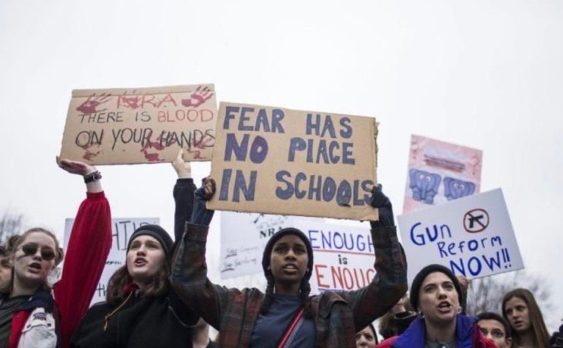 In Los Angeles, 21-year-old Gavin Pierce, a film student and one of several lead student organizers on the march, got involved by attending a volunteer meeting hosted by March and Rally Los Angeles. Now, a coalition has formed including Women’s March Los Angeles, Pierce’s organization Students March, and more than 60 students of all ages.

“The cool thing about this one is that so many minds have been coming together to offer different perspectives and to really find a strong sense of unity,” Pierce said. “While that’s definitely there with the other marches I’ve worked on in the past, with this one it’s on a larger scale.”

According to the Washington Post, since the Columbine shooting in 1999, “more than 187,000 students attending at least 193 primary or secondary schools have experienced a shooting on campus during school hours.” Pierce spoke about the effect of gun violence on those who have grown up in a culture of such violent acts.

“When someone can wake up and read a headline on the news that says there’s been another mass shooting, tens of students have been killed, and that’s regular to people, and we just have the same conversation, that shows that there’s a really underlying profound illness in our society and it takes collective action to purge that illness out,” Pierce said. “We’ve been having this conversation so long that now is the time to actually say, enough is enough.”

For some student organizers, it’s their first foray into activism. Ethan Block, a sophomore at Hopewell Valley Central High School in New Jersey, who is helping to organize March For Our Lives Philadelphia, said he was inspired to speak out by the Parkland students.

“I’d seen before how after every school shooting it was thoughts and prayers and then maybe there was some flare of frustration but then it all just went away until the next shooting,” Block said. “I was very frustrated about this, and for a long time I’ve felt that I didn’t really have any power to change that. But when I saw the Parkland kids come together and say, you know, this isn’t going to be just another school shooting, we want to use our voices and use this traumatizing experience to propel a movement forward… and I really wanted to join as well.”

These students are not just mobilizing their peers to fill the streets this weekend, but to change laws. Guided by the messaging of the national March For Our Lives, the students are calling for universal background checks, banning high-capacity magazines and ending the sale of assault weapons. 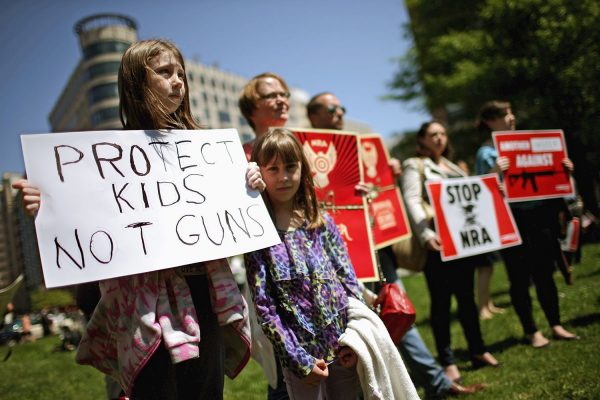 Student organizers across the country voiced frustration with inaction from their representatives, but are prepared to take on leadership where their elected officials will not.

“We need as voters to see change, or else we will vote them out of office,” said Conor Heffernan, a senior at the Liberal Arts and Science Academy in Austin, and one of the organizers of March For Our Lives Austin. “It’s just that plain and simple.”

Heffernan said that though gun culture in the progressive city of Austin is less prevalent, there is a “very proud gun culture” in the state of Texas.

Arguments around the Second Amendment also arose among students in Wisconsin, where Bay Port High School senior Maddy Pritzl is one of two students leading the way in planning marches across the state. Pritzl said her high school is more conservative and that there has been “an interesting dialogue between myself and my peers,” along with some “backlash” from the community.

“The day that most kids are absent from school is the opening day of hunting because everyone just wants to go out there and use their guns,” Pritzl said. “I don’t really think that everyone in my community especially understands the reasoning behind the march or the walk-out, or why people are so fed up with mass shootings, especially in schools, and why people want to talk about gun control.” 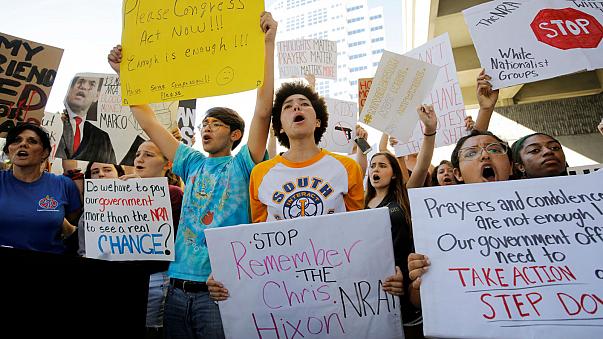 Student organizers hope that the energy of the past few weeks carries forward, not just in terms of turn-out for this weekend, but for the potential to generate change.

“It’s important that we create a voting bloc made up of all Americans of all different ages, of all different creeds, religions, ethnicities, races—it doesn’t matter because these sorts of senseless tragedies have touched all walks of American life,” Heffernan said. “It’s a uniquely American problem.”

March leaders are taking the first step by having voter registration at the marches. In Portland, Goddard said they’ve received support in training volunteers to run the registration, and even received donated forms. Heffernan said he hopes the march provides an opportunity to create momentum around voting.

“We hope to create a bloc of voters who won’t vote for anyone who either takes money from the NRA or doesn’t support the small, commonsense gun reforms,” Heffernan said.

Some, like Pritzl, are also thinking about other ways for youth to engage before they are of age to vote, such as implementing lobbying days.

“I think one thing that we should really emphasize across the state, and in our local marches is that just because we’re marching today doesn’t mean the movement stops here,” Pritzl said.

Pritzl thinks the current wave of activism across the country is strengthened by teens speaking out on behalf of their peers.

“It’s a whole different generation of voices, it’s not just the talking heads that we see on the TV,” Pritzl said. “It’s kids that we can relate to ourselves so I think that’s another reason why it’s become so popular and it’s picked up a lot of momentum.”

Emily C. Bell is a news writer at AlterNet.