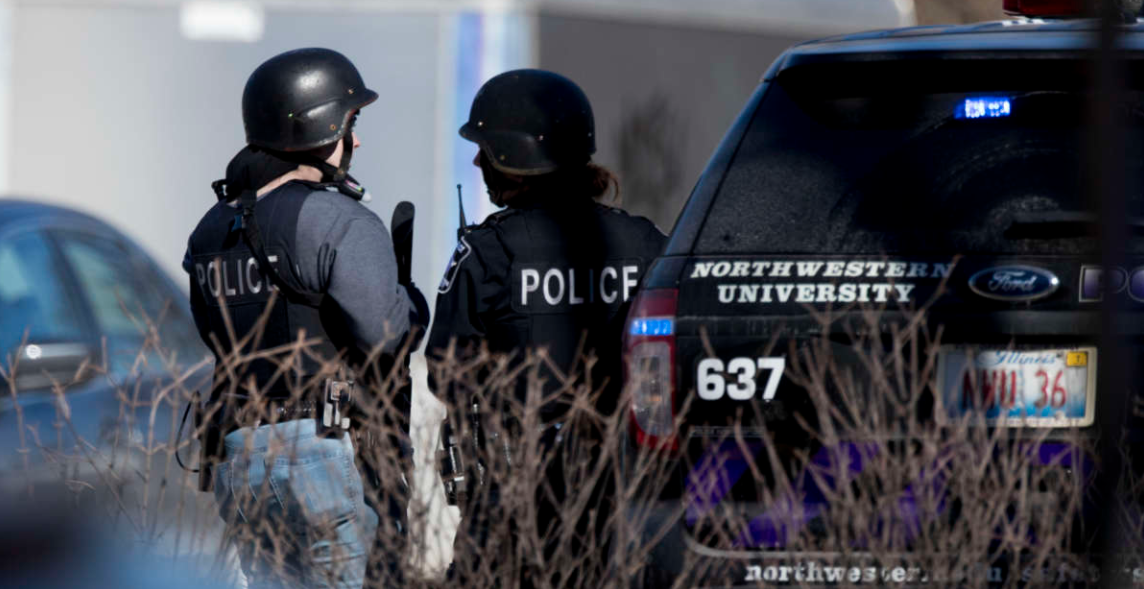 Student movements have always raised our current conception of justice and equity. From the civil rights movement and Vietnam War protests, to the anti-apartheid movement and calls to abolish the police, student protests on college campuses have a context and history linked to substantial change in U.S. policies and practices. This is a rite of passage from which we all benefit.

So, it is perplexing that Northwestern University (NU) President Morton Schapiro fails to recognize this as NU students demand a different and better sense of campus safety in their demand to abolish the police, especially since NU students have established precedent for such movements on campus in the past. To be clear: Students don’t seek to lessen “over-policing,” a misnomer that pretends there is just a right amount of policing. Institutions will justify ways to pay for policing and divert funds from essential services to do so. Students are calling for the removal and defunding of police from campus entirely, as Northwestern’s campus police represents the institutional force and violence characteristic of the style of policing inflicted upon communities across the country, now and throughout history.

In response to student protests connected to a June 3 petition calling to divest from police following the murder of George Floyd, Schapiro, on October 19, sent a university-wide email that centered his feelings, prioritized property over students, dangerously demonized students for “overstepping” and “menac[ing”] the surrounding communities, and blamed organizers for wanting to provoke campus police “into retaliation.” He doubled down on use of police force by beckoning police in riot gear to line the streets of Evanston against protesting students, writing that he was “making it abundantly clear that you will be held accountable.”

Through ongoing protests, students remain resolute in their actions to guide us toward reimagining and living in a world free of police. The response, unfortunately, has been to respond with more shows of police force. Reports emerged of Northwestern and Evanston Police Departments working alongside outside police groups on multiple nights of protests, most recently on October 31. University leadership and Mayor Steve Hagerty demonstrated they remain invested in policing despite how costly it is, as the mayor recently wrote in a letter to Schapiro reminding him that “hundreds of thousands of dollars in overtime” have been spent and are owed to the city by the university. This is a reminder that exorbitant police budgets are part of the problem and will continue to be prioritized over the public’s safety and well-being. Hagerty wrote, “Protesters are not helping their cause by putting officers’ safety at risk, and defacing and damaging public property, ironically all in a city that, while still very much a work-in-progress, is the first in America to create a reparations fund.” His statement harkens as if the city of Evanston is already helping Black people, so they should be thankful instead of asking for anything more.

As a result, those calling on Schapiro to be held accountable by either resigning or disbanding the NU police department include student organizers, African American Studies faculty, Jewish faculty and alumni, political science students, and Asian Studies and Latina and Latino Studies departments. This widespread support resonates with what students are asking for, which is a different and loving form of safety, health and well-being that is achieved through abolition.

People invested in policing may ask for an alternative: Recognize that policing doesn’t do what you think it does to promote safety; it doesn’t prevent harm and reactively targets people disproportionately to deepened harm. Tangible alternatives include diverting money from police to enhanced psychological care and support services for students; building and abiding by models of transformative justice on campus; and following and engaging in the extensive work of prison and police abolition to understand that abolition is not about tearing things down, but building one another up.

We adhere to and promote the values of health equity and justice espoused by Northwestern University’s Feinberg School of Medicine, and it is from this value set that we offer support for these student protesters. We know policing has negative health implications on young people, especially for Black people who are disproportionately affected. There are immediate and obvious negative health risks due to forcibly moving, restraining and beating people, be it individually or with collective state force. There is an additional (and lingering) assault on the mental well-being of students directly affected and living in the vicinity of students who suffer such treatment. This is true of all adverse childhood experiences that have been demonstrated to have lasting negative effects on overall health and well-being. As such, policing is a documented adverse childhood experience and thus a health equity issue.

I, Claudio Rivera, not only speak as a faculty member at NU but also speak from personal experience. I have lived and worked alongside communities in Chicago who have had to confront and endure chronic and collective trauma on a daily basis. My own personal experience with police as a Palestinian Latinx boy growing up in the Back of the Yards neighborhood in Chicago provided me a firsthand intimate knowledge of the ongoing violence police inflicted on me and my surrounding communities. I vividly remember each instance of the 12 times during my adolescence and early adulthood the police pointed the barrel of their high-caliber guns at me. The young people I work with have taught me this form of state-sanctioned violence and trauma continues to be perpetuated by policing structures. The students at NU are reminding us again about this violent legacy and purpose of policing.

If we zoom out, we see that historical trauma caused by policing has a ripple effect whose waves spread out and wash over those in the proximity to it. Then as now, policing wields the power and resources of the state while claiming to be operating in the best interest of society. This assault on health and well-being has a generational and disproportionate impact on the communities on the receiving end of policing rendered as a form of occupation rather than protection.

Police force has precedent as a response to students, and one would think Schapiro is familiar with this. As a 1975 Hofstra University graduate, he was beginning college at a time when student protest was as strong as it is today, and when militarized responses were wielded against students on campus. For context, the police and military killing of students engaged in protest at Kent State University and Jackson State College (now University) happened in May of 1970, 11 days apart. It’s safe to assume Schapiro engaged with those ideas then, and his refusal to do so now demonstrates a lifetime of opportunity lost to learn from students leading the charge for a safer and better university and world.

More recently, University of Chicago students demanded defunding and disbanding the campus police department. Reports show approximately 90 percent of people stopped by campus police are Black. In 2018, a University of Chicago student was shot by campus police after damaging property while in the midst of a mental health episode. In August 2020, students led by the #CareNotCops and #UChicagoUnited campaigns led a multiday protest at the police department and in front of the provost’s home. Police chose to intimidate and harass students by blocking access to food and water, and threatened to have students’ belongings removed.

Ironically, universities will retroactively praise past examples of resistance by the likes of Dr. Martin Luther King Jr. and even reframe their narrative as nonviolent, but chastise current student protesters. These institutions have an obligation to students to provide an equitable learning environment in which all students are given the opportunity to succeed.

When a historically white institution intentionally directs efforts toward recruitment of Black students, it is obligated to examine institutional structures that may inhibit learning. Instructors should examine course material, pedagogical techniques and course elements like office hours to ensure success. It is also necessary to examine structures within the university that may have seemed benign to a predominantly white student body but that are hostile to Black students.

Even without incident, police presence on campuses is not equally threatening to white and Black students. The perception of threat, even simply through the reminder of race, can significantly impact academic performance. A sense of autonomy and humanity is critical to effective construction of knowledge. For Black students, the dehumanization associated with a history of police brutality can undermine an otherwise productive learning environment.

When students speak out in protest, it is a radical act of love and progress. They are presciently living out in real time the better world we have yet to imagine but claim to want. Recent actions beg the question: Are we bold enough to embrace their love and live in a better world?