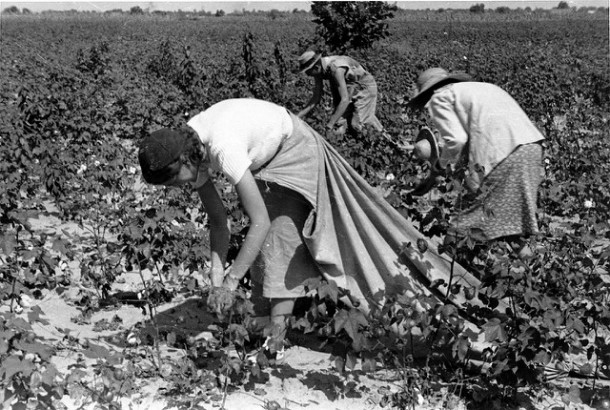 Tens of thousands of farm workers will lead the resistance to Donald Trump’s anti-immigrant policies by staging marches and events organized by the United Farm Workers and other farm worker organizations around Cesar Chavez’s March 31 birthday in 11 mostly rural communities—most of which backed Trump—across California, Texas, Washington state and Oregon. Most take place on Sunday, April 2, when farm workers have the day off.

Rural and agricultural counties voted heavily for Trump during last year’s presidential election. But field laborers whose toil supplies fresh fruits and vegetables to America and much of the world will be marching against the Trump immigration agenda carrying “We feed you” banners and signs in California’s Central Valley and Central Coast, South Texas’ Rio Grande Valley and Washington state’s Yakima Valley.

Farm workers who are undocumented or have family members without legal papers express genuine fear over Trump plans to target all undocumented immigrants for deportation. Yet thousands of them will nevertheless mobilize to resist threats from the new administration and stand up for themselves while marking what would have been the iconic farm labor and civil rights leader’s 90th birthday.

The Salem, Ore. event is being organized by PCUN, the Oregon farm workers union. LUPE, the community union of South Texas, is organizing the march in San Juan, Texas.