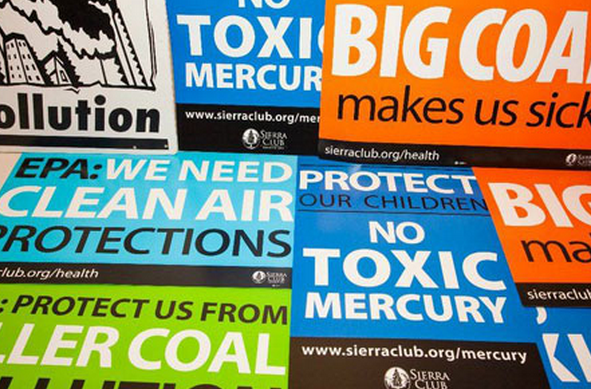 Today’s ruling by the U.S. Supreme Court to send the Mercury and Air Toxics Standard (MATS) back to the EPA for further proceedings is a decision that endangers public health, but it won’t revive the fortunes of Big Coal. These standards were designed to safeguard local communities against dangerous pollution from power plants. Unfortunately, today millions of Americans won’t yet be able to breathe more easily.

Practically speaking, today’s decision won’t revive the fortunes of Big Coal or slow down our nation’s transition to clean energy. Most utilities have long since made decisions about how to meet the standard, since the compliance deadline was April 2015. Only a few dozen coal plants are still operating today with no pollution controls for mercury and air toxics and no clear plans to install them.

The headwinds for coal just won’t be reversed by this decision. Facing ever-tougher grassroots opposition and competition in the marketplace, coal fell from its perch as our number-one source of energy this April for the first time since 1950 (as far back as we have data), providing just 30 percent of our energy mix, while renewables were at almost 10 percent. Today’s Supreme Court decision won’t shift that momentum.

However, it is a setback for public health, and one that I find especially enraging as the mom of a little daughter, who shouldn’t have to face any more delays in cleaning up this toxic mess. The pollution at issue here is scary stuff, and today’s decision will slow down our progress in getting it out of our air, our water, and the fish at the local seafood counter. The mercury, arsenic, and other poisonous metal and acid gas pollution that these MATS protections are meant to control pose serious dangers to pregnant women and young children. EPA scientists have estimated that as many as one in 10 women have mercury levels in their blood high enough to cause brain damage or other neurological harm to a developing baby.

The MATS protections, which were finalized in 2012, require coal- and oil-fired power plants to reduce emissions of mercury by 90 percent and to strongly curtail the emissions of other toxic pollutants, like lead, arsenic, and hydrochloric acid gas. And the industry had been making steady progress in doing just that, in the three years since the standard was finalized. Now, we’re in limbo. As my colleague Sanjay Narayan, attorney and leading legal expert on MATS, put it,

Congress decided more than two decades ago that no child should be born with brain damage or other neurological harm, simply because industrial polluters refuse to pay for pollution controls. But today, five justices of the Supreme Court have decided to make an exception for Big Coal — the industry responsible for the majority of mercury, arsenic, and acid gas pollution in the United States.

So what’s next for the standard? In today’s 5-4 ruling, the Court determined that the EPA didn’t adequately consider costs at the front-end of the process when the agency set the standard, and sent the rule back to the D.C. Circuit Court. It’s important to note that the EPA did consider the costs of the rule, but not at an early enough stage in the process, according to the Supreme Court. So once the EPA has reevaluated those costs, it’s possible that the court could ultimately uphold MATS as written. We will see. For more on the legal implications and next steps for the decision, we’ll be sharing a new post soon from Sanjay on the legal background and implications of the Supreme Court MATS decision.

In the meantime, American families will have to endure more delays and uncertainty in delivering the much-needed health benefits of this standard. Once fully implemented, the MATS protections would have annually prevented up to 11,000 premature deaths, 4,700 heart attacks, and 130,000 asthma attacks, and would have saved $90 billion in healthcare costs — not to mention shielding countless young children from the lifelong neurological damage that exposure to mercury can cause.

Also frustrating is that industry’s claim that the standards would impose unbearable costs has already been demonstrated to be untrue. The majority of coal plants across the country have already installed, or are in the midst of installing, the necessary equipment to comply with the standard — without any catastrophic consequences for utilities or ratepayers. These plants that have already cleaned up show that protecting our communities from pollution isn’t just possible, it’s already happening, and it’s the right thing to do.

Now that the Supreme Court has sent this case back to the district court, we hope these questions will be resolved quickly.  We are counting on the EPA to ensure that the coal industry’s progress in cleaning up its noxious pollution isn’t stalled any further, so that countless young children across America can grow up safe and healthy, and our daughters aren’t still facing this same threat when they become moms someday.