It’s a victory for homeless advocates on the West Coast, who say criminalizing homelessness is cruel and ineffective.

When the shelters are full, should it be a crime for homeless people to camp and sleep outside in public spaces?

The Supreme Court on Monday effectively said it shouldn’t be a crime by declining to hear an appeal of the case City of Boise vs. Martin. That case, filed in 2009, involved 10 homeless people suing the city of Boise after they were ticketed approximately $150 for doing things such as resting near a homeless shelter, sitting on a riverbank with a backpack, and putting down a bedroll in the woods.

The plaintiffs claimed that the ordinance violated the Eighth Amendment, which protects against excessive fines and cruel and unusual punishment. In 2018, the 9th Circuit Court of Appeals agreed and ruled the ordinance unconstitutional. Now, the Supreme Court is letting that ruling stand.

It’s a blow to state and local governments in nine western states who hoped that the high court would have given law enforcement more power — not less — to manage or eradicate homeless encampments. 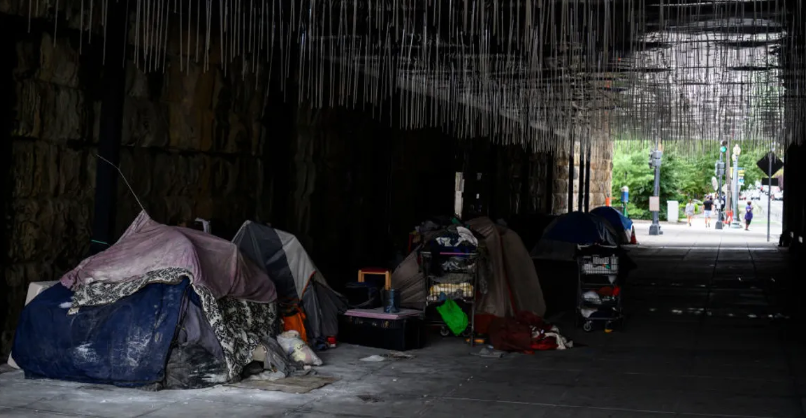 Homeless tent encampment in tunnel in Washington, DC. From The Washington Post.

“I think a lot of jurisdictions were hoping that the Supreme Court would enable a much greater level of enforcement activity around the unsheltered homeless, and that won’t be the case,” said Sacramento Mayor Darrell Steinberg, who is co-chair of California’s task force on homelessness. 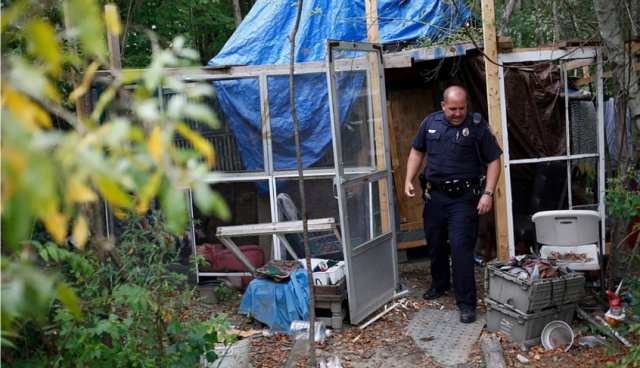 Homeless encampment being inspected by Police. From the  Portland Press Herald.

“Our hope is that communities won’t be nickel-and-diming this decision and figuring out the bare minimum so they can be legally compliant,” said Eric Tars, an attorney with the National Law Center on Homelessness & Poverty, who represented several plaintiffs in the initial Boise case. “We hope they take this opportunity to alter a completely unsuccessful way of dealing with homelessness.”

But opponents of the ruling claim it leaves governments unable to manage a public safety problem.

In court documents, lawyers for Boise said: “Public encampments, now protected by the Constitution under the Ninth Circuit’s decision, have spawned crime and violence, incubated disease, and created environmental hazards that threaten the lives and well-being both of those living on the streets and the public at large.” 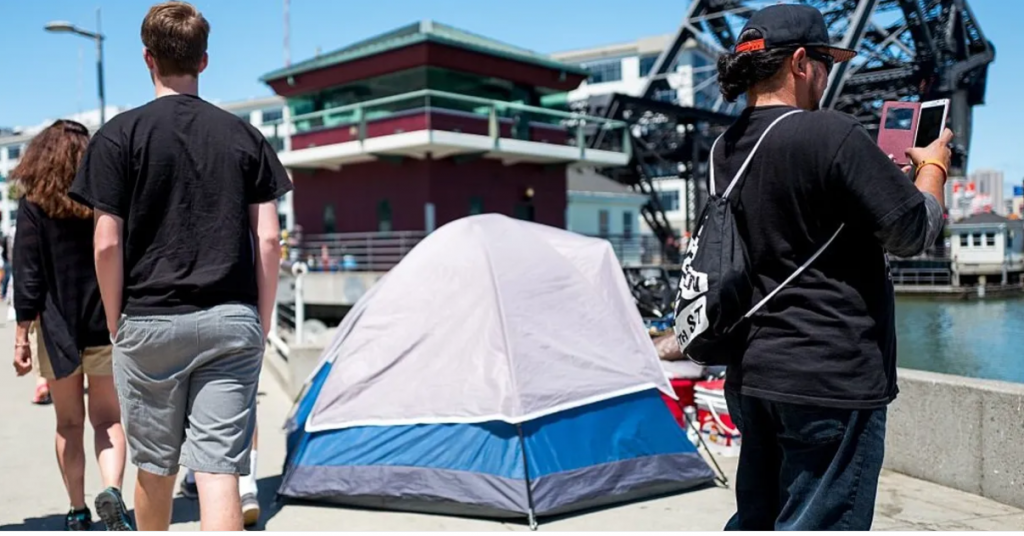 Homeless tent on a sidewalk by waterside. From Smith Collection / Gado

It’s unclear exactly how cities covered by the 9th Circuit Court will change their approach to managing the homeless population. Las Vegas, for example, recently passed a law that makes it illegal to sleep on downtown streets only if there are beds available at local shelters.

What’s uncontroversial in this case is the fact that homelessness, especially on the West Coast, is a significant problem. In Los Angeles County, as many as 60,000 people are homeless on any given night in 2019, according to the Los Angeles Homeless Services Authority. In San Francisco, the homeless population has soared by 30 percent since 2017. Sacramento reported this summer that its homeless population is the highest on record. And across the U.S., about 500,000 people go homeless each night.

As more American cities are starting to pass anti-camping ordinances, homeless advocates argue that these kinds of laws fail to effectively address the root issue.