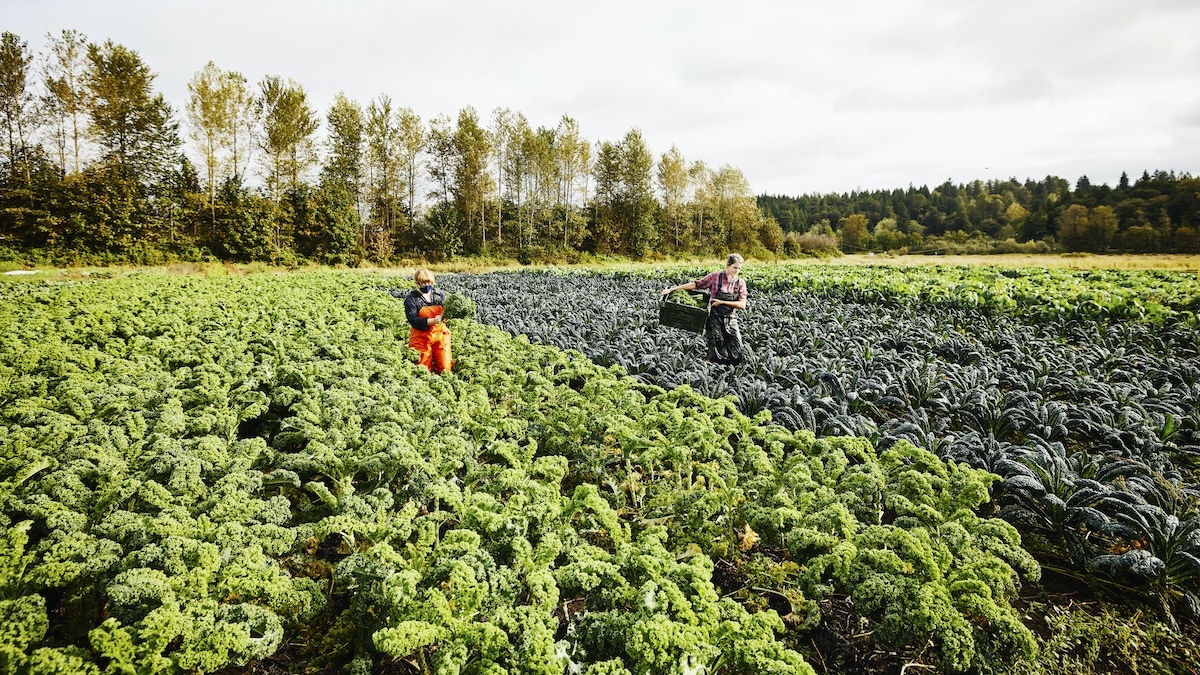 In farming, high crop yields are often associated with the use of human-made fertilizers. But what if these abundant results could instead be achieved by using farming practices that were more environmentally friendly?

An extensive new study of 30 farms in Africa and Europe has shown that the combination of small amounts of fertilizer with natural farming methods like mixing compost or manure with the soil, cultivating a wider variety of crops and cultivating plants like clover or beans that amplify soil’s fertility can result in high crop yields while maintaining the harmony of agricultural ecosystems, a press release from Rothamsted Research said.

The study found that a significant amount of chemical fertilizers could be replaced by adopting these more natural techniques, which would have multiple benefits.

“Reducing reliance on chemical fertilisers would help to buffer farmers and consumers against economic shocks, such as the current spike in fertiliser costs and consequent increase in food prices,” said plant ecologist at Rothamsted Research in the UK Dr. Chloe MacLaren, who was the lead author of the paper, as The Guardian reported.

The study, “Long-term evidence for ecological intensification as a pathway to sustainable agriculture,” was published in the journal Nature Sustainability.

The farm experiments the researchers examined for the study had been going for more than nine years and 25,000 harvests and included 30 individual experiments on crops of oats, wheat, barley, maize, potatoes and sugar beet, the press release said. The research team analyzed how the variety of natural methods used interacted with various levels of plowing and nitrogen-rich fertilizers. Each analysis considered at least one of the trio of natural farming practices.

It was the first time a major study had explored the interaction of a variety of natural farm methods with fertilizer and land cultivation practices.

The study also found that, in general, the use of more natural farming methods in combination with large amounts of chemical fertilizer didn’t further increase crop yields. In fact, the most abundant yields in the experiment were achieved when some nitrogen was added to the “ecological intensification” practices.

“Ecological intensification could help return agriculture into a ‘safe operating space’ for humanity,” MacLaren said in the press release. “Our results demonstrate that it could play an important role in the development of future sustainable farming systems.”

MacLaren went on to say that the worldwide playing field of nitrogen fertilizer distribution could also be leveled with the increased use of these natural practices.

“Widespread uptake of these practices could also contribute to a more equitable global distribution of fertiliser. Currently, average nitrogen fertiliser rates in Africa are a small fraction of those in Europe, with smallholders in particular using much less than their fair share. If fertiliser use is reduced where it is currently high, then fertiliser use could be increased where it is currently low — addressing food security issues without exceeding planetary boundaries,” said MacLaren in the press release from Rothamsted Research.

In the last 60 years, the excessive use of human-produced fertilizer has contributed to increased carbon emissions, water pollution and [biodiversity](https://www.ecowatch.com/understanding-biodiversity-2653049258.html#:~:text=Without spending more to tackle,to %24140 trillion a year.) loss.

MacLaren said that a combination of many factors should be looked at when evaluating the fostering of these environmentally friendly practices in the future.

“Future assessments of ecological intensification should include a wider analysis of all social, economic and environmental factors, such as nutritional value or farm profitability. There are undoubtedly benefits beyond just yield, such as reducing costs, reducing pollution, or providing other valuable farm products,” MacLaren said, according to the press release. “Conversely, socioeconomic factors can also limit the adoption of such practices by farmers. These factors can include a lack of markets for these diverse products and limited access to necessary resources including land, seed, and manure. Upscaling these practices will require policymakers and society to create a more conducive socioeconomic context.”