Above: Destroyed buildings in Douma after air strikes and shelling by Syrian government forces. A photograph released on March 1. Photo:GHOUTA MEDIA CENTRE/AP

The tragic unravelling of Syria continues as the war there enters its eighth year. The country is impoverished, its economy is in disarray and its public finances are eviscerated. When the war ends, the reconstruction of infrastructure and society will be difficult.

Disagreement reaches back seven years into the origins of this conflict in Syria. No one doubts that hundreds of thousands of Syrians have been killed, that millions of Syrians have been displaced and that the cities and towns of Syria have been reduced to rubble. Who can deny that Aleppo, one of the great cities of West Asia, is a pale shadow of what it was eight years ago? Few deny that even Damascus, largely immune from the worst of the conflict, is not the same city that it was. The situation is undeniable. But what brought Syria to this mess? When did it all begin? How will Syria recover? 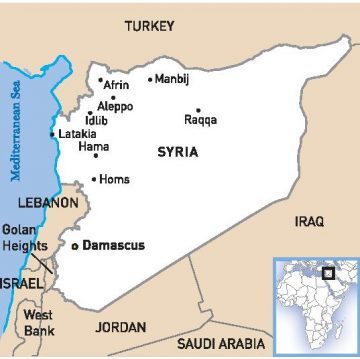 Seven years ago, on March 15, 2011, a protest took place in Damascus for political reform. That much is factual. After that begins the war on information and truth. Did the Syrian police open fire on the march and detain six protesters? Were there amongst the protesters extremists who had come with the intent to attack the security forces? One side sees it as a war of the Syrian people against the “Assad regime”, while the other sees it as a war of the Syrian state against extremists and terrorists. Each side marshals its own set of facts to make its own claims on Syria’s recent history. Nuance has largely vanished from discussions of the country’s tragic unravelling. It is often forgotten that there are Syrians on both sides of this conflict, and it is their broken compact that will be the most enduring casualty of this war.

If one accepts that March 15 is the origin of this travesty, then the Syrian war has entered its eighth year. It is universally acknowledged that the government of President Bashar al-Assad has been able to withstand pressure from the West and many of his neighbours to step down and that his government has largely won this unforgivable war. The Syrian Army holds the major cities of Syria: Damascus, Aleppo, Homs, Latakia, Hama and Raqqa. Syrian society is impoverished, its economy is in disarray, its public finances are eviscerated. But the government remains in authority and, with Russian and Iranian assistance, is secure on military terms.

Status of the war

Chaos reigns at the edges of Syria. Here neighbouring powers have begun to chip away at what remains of Syrian sovereignty. Israel already took the Golan Heights in 1967, and it has now, in collaboration with forces linked to Al Qaeda, produced a buffer zone deep in Syria. The reporter Nour Samaha has shown that a pro-Israeli but Syrian paramilitary police force (Golan Knights) will exist within Israel’s 40-kilometre “safe zone”. Meanwhile, along the Lebanese border, the Lebanese political movement Hizbollah has created its own buffer zone to prevent the intervention of Al Qaeda forces into Lebanon. Finally, in the north, Turkey has intervened with conventional military force to take the town of Afrin and threatens to take the larger town of Manbij. Turkey’s ambition is to thwart the creation of a Syrian Kurdian enclave along the Syrian-Turkish border. A small detachment of the Syrian Army moved into Afrin to suggest that it would not allow Turkey to take the town. But this was not a decisive entry of the Syrian Army. That northern border remains aflame.

The Syrian government and army have been able to confine the rebels, largely of the Al Qaeda variety, into two pockets: in the northern district of Idlib and in Damascus’ suburban town of East Ghouta. From February, the Syrian Army, with its Iranian and Russian allies, has been pummelling East Ghouta with the hope of breaking the back of the fighters there. It has offered these fighters free passage to Idlib, which is exactly what the Syrian government offered such fighters who were in Aleppo and elsewhere. It is almost as if the government wants to concentrate all the opposition fighters in Idlib, which will be the site of the final battle in this war.

The bombardment of East Ghouta, like that of Aleppo, Raqqa and Mosul (Iraq), has been terrible. The Syrians and their allies dominate the air and are bombing this suburban enclave relentlessly. This is almost out of a textbook, one also used by the United States for its air campaign against Mosul and Raqqa. There is little distinction in such an aerial campaign between civilians and fighters, who live cheek by jowl in the congested streets of this part of Syria. United Nations Secretary-General Antonio Guterres is right to say that the residents of East Ghouta live in “hell on earth”. This is precisely what it feels like to be bombed from the air—an experience shared by the residents of Afghan and Libyan cities. There is no distinction to be made here. Aerial bombardment is ruthless and indiscriminate, regardless of what air force intellectuals say about precision bombing.

It is likely that the Syrian government will take East Ghouta in the weeks to come and that, in a few months, the Syrian Army will move against Idlib. There is little chance that the Russians will allow any U.N.-sanctioned action to end the march of the Syrian Army across its country against the proxy armies of the Gulf, the West and Turkey and against the few remaining Syrian reformers who took up the gun. None of these countries seem to have the appetite even for rearming their proxies. Saudi Arabia and Qatar have reduced their presence in the country.

Turkey is focussed on its war against the Syrian Kurds. The rebel armies holed up in Idlib already find it impossible to resupply their ranks from outside Syria. This is well known to the Syrian government. In that final battle, it will not face an adversary that is highly motivated.

In the midst of all this come allegations that the Syrian Army used chemical weapons in East Ghouta. Western leaders, who know that they have no real influence over the war in Syria, made impassioned speeches at the U.N. Security Council against the use of such weapons. No doubt, as the U.N. and its member states have recognised, chemical weapons are an abomination. They are illegal, although they continue to be produced (some of them, white phosphorus and depleted uranium, are used by Western powers and Israel without U.N. scrutiny). Resolutions have been hastily drafted, but these will go nowhere without Chinese and Russian support. The Russians continue to say that there is insufficient evidence of the use of chemical weapons by the Syrian Army.

In early February, U.S. Defence Secretary James Mattis told reporters at the Pentagon that even the U.S. did not have sufficient evidence that the Syrian Army had used chemical weapons (including sarin gas). “We have other reports from the battlefield from people who claim it’s been used,” he said. “We do not have evidence of it.” Mattis did not make these comments as a way to defend Assad or to say that the U.S. was not interested in war making in Syria. He said: “We’re looking for evidence of it since clearly we are dealing with the Assad regime that has used denial and deceit to hide their outlaw actions.” But, he conceded, there was no credible evidence of the use of chemical weapons despite the fact that his own administration struck Syria with several dozen Tomahawk missiles in April 2017 on the grounds that the Syrian government had used such weapons. It now seems that the strike was carried out without evidence.

Even more inflammatory, a story comes that North Korea provided Syria with materials for the chemical weapons. This is supposedly to be revealed in a U.N. report that has not been released to the public. Evidence for that claim comes from “unnamed member states” of the U.N. It beggars imagination that the North Koreans, under immense scrutiny and under siege, were able to get such materials to Syria, which is itself under U.N. scrutiny for its agreement to destroy its chemical arsenal and is in the midst of war. The story—widely reported by the Western press, which did not seek any corroboration outside the leaks—came at a time when the U.S. wishes to pressure both North Korea and Syria. It was convenient to link these two together and even more convenient to charge them with the sale and use of chemical weapons. It would be useful not only to have the evidence for public scrutiny but also to know the names of these “unnamed member states”.

The Western powers hope that the return of the charge of chemical weapons will provide them with some leverage over the outcome of the war in Syria. Pressure over chemical weapons might force the Syrian government to make concessions to the West and reduce the influence of Iran and Russia. But this is unlikely.

Peace talks in Geneva are no longer of any consequence. Deals over humanitarian truces and humanitarian corridors are essential. Suffering is general across Syria. Even when this war ends, as it will, the reconstruction of infrastructure and society is going to be difficult. If it will be at all possible.