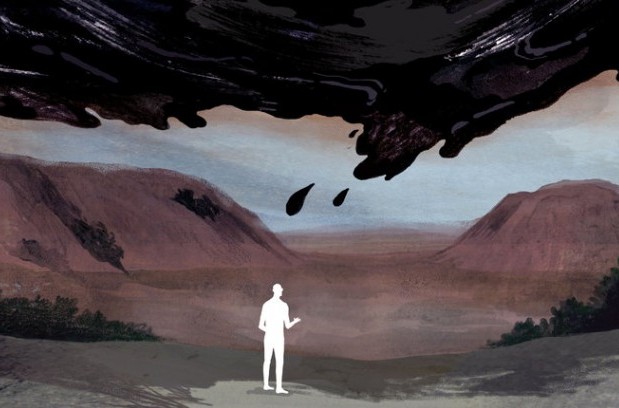 Taking A Stand At Standing Rock

Near Cannon Ball, N.D. — It is a spectacular sight: thousands of Indians camped on the banks of the Cannonball River, on the edge of the Standing Rock Sioux Reservation in North Dakota. Our elders of the Seven Council Fires, as the Oceti Sakowin, or Great Sioux Nation, is known, sit in deliberation and prayer, awaiting a federal court decision on whether construction of a $3.7 billion oil pipeline from the Bakken region to Southern Illinois will be halted.

The Sioux tribes have come together to oppose this project, which was approved by the State of North Dakota and the United States Army Corps of Engineers. The nearly 1,200-mile pipeline, owned by a Texas oil company named Energy Transfer Partners, would snake across our treaty lands and through our ancestral burial grounds. Just a half-mile from our reservation boundary, the proposed route crosses the Missouri River, which provides drinking water for millions of Americans and irrigation water for thousands of acres of farming and ranching lands.

Our tribe has opposed the Dakota Access pipeline since we first learned about it in 2014. Although federal law requires the Corps of Engineers to consult with the tribe about its sovereign interests, permits for the project were approved and construction began without meaningful consultation. The Environmental Protection Agency, the Department of the Interior and the National Advisory Council on Historic Preservation supported more protection of the tribe’s cultural heritage, but the Corps of Engineers and Energy Transfer Partners turned a blind eye to our rights. The first draft of the company’s assessment of the planned route through our treaty and ancestral lands did not even mention our tribe.

The Dakota Access pipeline was fast-tracked from Day 1 using the Nationwide Permit No. 12 process, which grants exemption from environmental reviews required by the Clean Water Act and the National Environmental Policy Act by treating the pipeline as a series of small construction sites. And unlike the better-known Keystone XL project, which was finally canceled by the Obama administration last year, the Dakota Access project does not cross an international border — the condition that mandated the more rigorous federal assessment of the Keystone pipeline’s economic justification and environmental impacts.

The Dakota Access route is only a few miles shorter than what was proposed for the Keystone project, yet the government’s environmental assessment addressed only the portion of the pipeline route that traverses federal land. Domestic projects of this magnitude should clearly be evaluated in their totality — but without closer scrutiny, the proposal breezed through the four state processes.

Perhaps only in North Dakota, where oil tycoons wine and dine elected officials, and where the governor, Jack Dalrymple, serves as an adviser to the Trump campaign, would state and county governments act as the armed enforcement for corporate interests. In recent weeks, the state has militarized my reservation, with road blocks and license-plate checks, low-flying aircraft and racial profiling of Indians. The local sheriff and the pipeline company have both called our protest “unlawful,” and Gov. Dalrymple has declared a state of emergency.

It’s a familiar story in Indian Country. This is the third time that the Sioux Nation’s lands and resources have been taken without regard for tribal interests. The Sioux peoples signed treaties in 1851 and 1868. The government broke them before the ink was dry.

When the Army Corps of Engineers dammed the Missouri River in 1958, it took our riverfront forests, fruit orchards and most fertile farmland to create Lake Oahe. Now the Corps is taking our clean water and sacred places by approving this river crossing. Whether it’s gold from the Black Hills or hydropower from the Missouri or oil pipelines that threaten our ancestral inheritance, the tribes have always paid the price for America’s prosperity.

Protecting water and our sacred places has always been at the center of our cause. The Indian encampment on the Cannonball grows daily, with nearly 90 tribes now represented. Many of us have been here before, facing the destruction of homelands and waters, as time and time again tribes were ignored when we opposed projects like the Dakota Access pipeline.

Our hand continues to be open to cooperation, and our cause is just. This fight is not just for the interests of the Standing Rock Sioux tribe, but also for those of our neighbors on the Missouri River: The ranchers and farmers and small towns who depend on the river have shown overwhelming support for our protest.

As American citizens, we all have a responsibility to speak for a vision of the future that is safe and productive for our grandchildren. We are a peaceful people and our tribal council is committed to nonviolence; it is our constitutional right to express our views and take this stand at the Cannonball camp. Yet the lieutenant governor of North Dakota, Drew Wrigley, has threatened to use his power to end this historic, peaceful gathering.

We are also a resilient people who have survived unspeakable hardships in the past, so we know what is at stake now. As our songs and prayers echo across the prairie, we need the public to see that in standing up for our rights, we do so on behalf of the millions of Americans who will be affected by this pipeline.

As one of our greatest leaders, Chief Sitting Bull of the Hunkpapa Lakota, once said: “Let us put our minds together and see what life we can make for our children.” That appeal is as relevant today as it was more than a century ago.