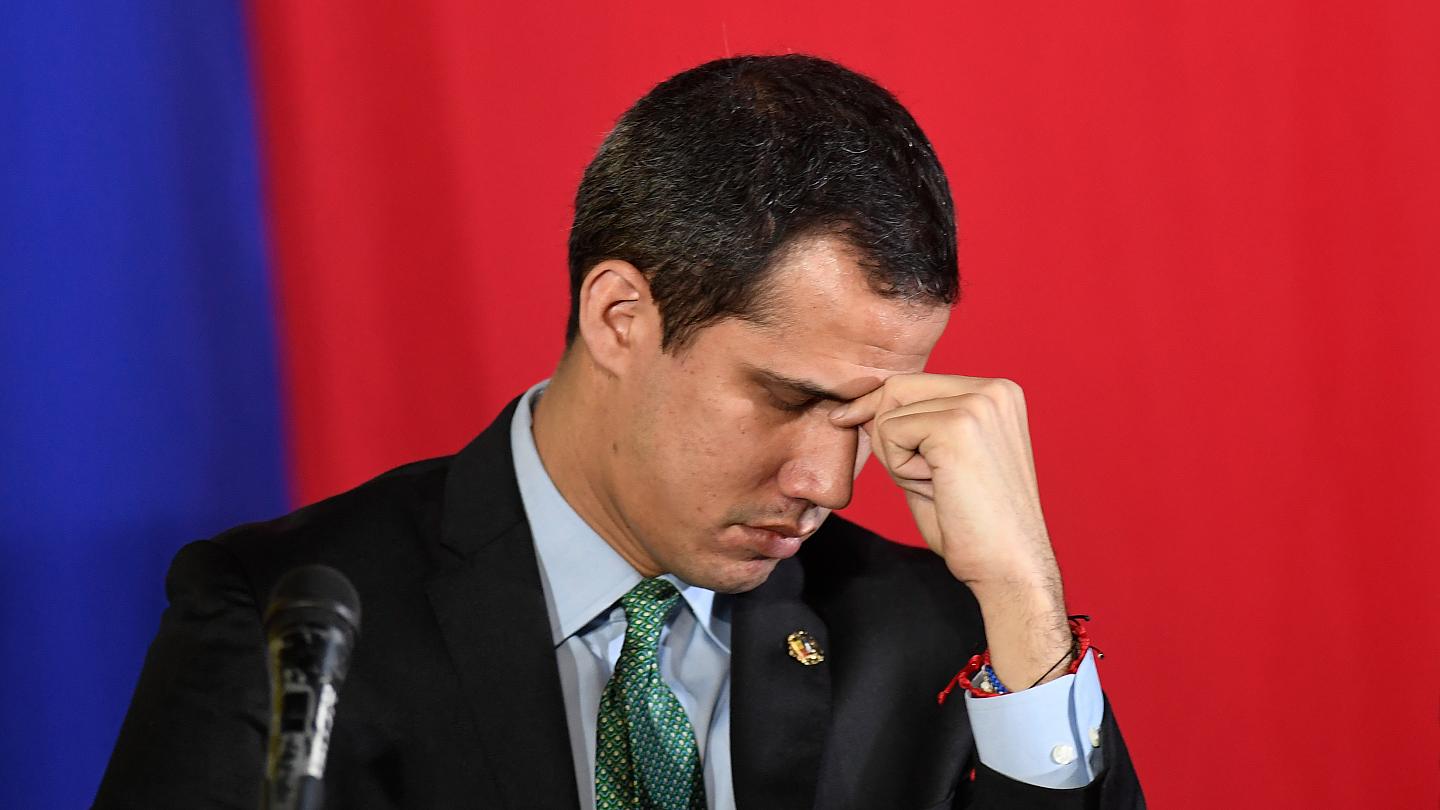 A few days ago I was out grocery shopping when I heard a man tell his friend that Venezuela was the only country in the world with two presidents but where everything was still screwed up.

This has become a running joke among Venezuelans. However, some three years ago, when Juan Guaidó proclaimed himself “interim president” and was instantly backed by the United States and the European Union, things didn’t seem so funny.

The government and its support base feared this was the opening act ahead of a US military invasion. Opposition activists weren’t totally clear as to what was going on, but their leaders were quick to fall in line behind Guaidó, and the initial rallies created a lot of expectation.

But that did not last. As the most spectacular attempts to oust Maduro failed spectacularly, Guaidó was happy enough to set up a parallel “government” with its own diplomatic missions while illegally taking Venezuelan assets abroad, including US-based oil subsidiary Citgo and Colombia-based petrochemical Monómeros. All in all, plenty of dream jobs for his buddies.

For us Venezuelans it was beyond frustrating to see our resources not just taken away but used to line up Guaidó and his entourage’s pockets. In one fell swoop, the very opposition leaders who had been so keen to call the government “corrupt” were stealing what was left in broad daylight. As a result, these assets are about to be taken over by creditors.

“The opposition was not upset about the government leaders sharing the country’s ‘pie’ among themselves, only that its slice was too small,” a fierce pro-opposition neighbor once told me during our lightning elevator debates.

These antics, beyond not triggering the always elusive “regime change,” disappointed opposition supporters and even alienated a fair share of those 1,600 “diplomats” that were somehow tied to Guaidó’s “administration.” As the project went south, they started leaving in droves but with no love lost for their former leader. For the most part it was more an issue of appearances than principle.

The most high-profile exit was Julio Borges. He was the “interim government”’s foreign minister but is now screaming for the “complete disappearance” of Guaidó. “The interim government has been deformed, it is now run by a caste. It has to disappear. The handling of assets has been scandalous. There’s no accountability and they are used for personal gain,” Borges confessed. Maybe he realized his slice of the pie was too small.

In response to the controversies, Guaidó has gone out of his way to assure the opposition that the Biden administration will continue backing him in 2022. “The US and allied countries have so pledged for this year (2021) and the next one,” he said in an embarrassing press conference. He looked just like a bad employee who had his contract renewed.

The State Department has been more coy about it. For now, all we know is that Biden invited Guaidó to take part in the “Summit for Democracy” against authoritarianism and whatnot… But dozens of people were invited. In the meantime, big time players like former National Security Advisor John Bolton are not quite ready to recognize that the Guaidó plan has been a failure, but do admit that Washington’s position on the matter is not so “solid.”

Try as he might to feign confidence, it is not hard to see that the opposition leader is on the hotseat and very aware of it. Days ago, in a 45 minute interview given to Spain’s El País, the former lawmaker said “I’m the interim president of Venezuela” no less than six times. He was so insistent that even the authors of the puff piece had to mention it in the opening.

Maybe Guaidó is using the old mantra our grandparents used to repeat: “tell a lie enough times and it will become true.” Though in his case it’s tough. Even openly pro-opposition pollsters claim his popularity has plummeted from 64% when he first appeared to just over 10% nowadays.

If that were not enough, just one day after Chavismo emerged victorious from regional elections, Guaidó decided to speak publicly to reject the “electoral farce.” And, in a scene that looked taken out of The Office, his improvised press set crumbled and a cardboard presidential shield fell to the floor in front of the cameras.

“The government is falling apart,” “even props can’t take it any more,” “another display of the interim government’s fragility,” “this shield has had enough,” “cardboard presidency”… There was no shortage of jokes from Chavistas and opposition people alike on social media.

To top it all off, the very media outlets who praised his “bravery” a few months ago can’t help but join the fun. “The politician is visibly nervous about his struggle going nowhere and there you can tell from his look. His face is full of acne, something which was seen in his recent public appearances,” we read.

Political analysts say that Venezuelan politics is always full of surprises. In this case, the surprising thing is that, in spite of corruption and incompetence, the “interim government” circus continues. December usually sees Venezuelans sing a popular song by Billo’s Caracas Boys, “new year, new life.” Will that apply to the Venezuelan opposition?