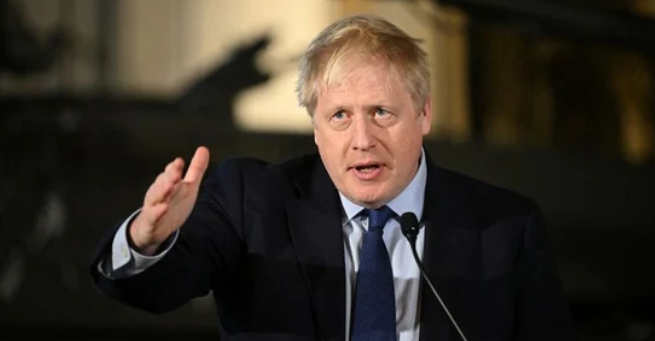 Talking Up War Is Easy, As Westminster’s Political Outbidding Continues

The Labour Party, is engaging in war-talk in a way that competes in extremes with the Conservative party under Boris in its own war brinkmanship.

The UK’s Premier Johnson, stung by his own Tory right-wingers’ accusations of being “too soft” last week, is setting the agenda for the UK blundering into an all out war with Russia. He wrote  today in The New York Times “Putin must fail and must be seen to fail in this act of aggression”. The humiliation aspect in “seen to fail” is a provocative folly.

A few days ago it was Labour that was emerging as the more bellicose  party, insisting on ever-more inflammatory measures.

The background to this appears to be the case that the UK and its NATO allies are using the Russian invasion of Ukraine to conduct a many faceted destabilisation campaign against Russia, with the aim of removing Putin and the eventual dismemberment of the Russian state.  This calls to mind  a chilling re-enactment of the Iraq crisis of 2003. Except that Putin won’t be as easy to hang as Saddam Hussein.

Keir Starmer, Labour chief, has emerged early on in this present crisis as a leading British advocate of escalating the conflict, echoing and outdoing extreme voices of war in the ruling populist Conservative administration, like Ben Wallace, David Davis, Liz Truss and Tom Tugendhat.

The personalised, hate-figure language directed at Putin echoes that of the Labour Blair government at Saddam Hussein in 2003, and it echoed the preparations leading up to the violent removal, actual murder, of Libya’s president Gadaffi.   Putin is described as an “imperialist and dictator” and Healey claims, “Britain has a long history of standing up to such tyrants.”

Just as they did on 18th March 2003 when 254 individual Labour MPs, under a Labour government, voted freely (there was no “whip”) to unleash an imperialist war on Iraq, a sovereign state, which resulted in the deaths of at least 800,000 Iraqi civilians. As we all know now, the team of inspectors that were in the country searching fruitlessly for the non-existent “weapons of mass destruction” were hastily withdrawn, to allow the invasion to go ahead, when it was realised that none were likely to be found.

In the Times article, Healey demands the “reinforcement…of Nato allies”, by expanded “military deployments” on Russia’s border, more of the same which triggered Russian intervention and the present crisis. Labour, he writes, “strongly back deployment of further forces to frontline Nato members…longer-term deployments”

Healey’s war-talk is mirrored by the actual Defence Secretary, Tory Ben Wallace, who made a risible, jingoistic comment talking to military personnel at the Horse Guards in Westminster; and the conversation was televised.

The Cabinet minister boasted to his former army colleagues that there are British military personnel on stand-by to respond to the Ukraine crisis, adding: “The Scots Guards kicked the backside of Tsar Nicholas I in 1853 in Crimea – we can always do it again.” (ITV News, 23rd February).

The only drawback is, as Wallace’s remarks were roundly mocked on social media, that Tsar Nicholas didn’t have nuclear weapons.

On Saturday, 5th March, in an interview with The Telegraph, Wallace is reported as saying: “The thing to say to Putin is don’t underestimate us, don’t test us. History is littered with authoritarian leaders underestimating the wider West and the United Kingdom.”

Putin has already singled out the UK as being the most bellicose and provocative of his attackers, and of Russia’s enemies.

Fanning the flames, unleashing the dogs of war, backed up by imposing crippling sanctions on Russia that threaten the very existence of their state and pouring weapons into the anarchic cauldron of an unpredictable war: these are hardly the words and actions of peacemaking or statecraft.

Here in the UK we go from the insane to the bizarre: leading supermarkets and stores in the UK are removing Russian vodka and other products from the shelves. Sainsbury’s, Waitrose, Aldi, Asda, John Lewis are all at it. The Co-op, once a vaguely socialist enterprise, is committed to a boycott of Russian products into the “foreseeable future”.   Of course, the Saudi led aggression and bombing of Yemen, with British bombs and helpful military personnel as trainers, which have resulted in the loss of 400,000 Yemeni people including 3,900 children (UNDP Report November, 2021) through military action and disease/malnutrition related causes, has elicited no such boycott on Saudi and, logically, on British products. Needless to say, this British and US sponsored aggression is continuing in tandem with the Ukraine conflict, with scores of Yemeni civilians dying in the many recent bombing sorties on Yemeni towns.

From the bizarre to the insane. Almost daily, news articles appear with titles like: “What is the UK’s nuclear deterrent?” (Yahoo, 4th March) “Five ways Russia’s invasion of Ukraine could end – from Putin ousted to nuclear war” (Metro, 5th March).  The words “nuclear/war/deterrent/” come too easily. May we not rue the day that such easy war-talk swept us all into an unprecedented human disaster.

This article was edited on March 12, 2022 to reflect that John Healey is not a former Scots Guards soldier.