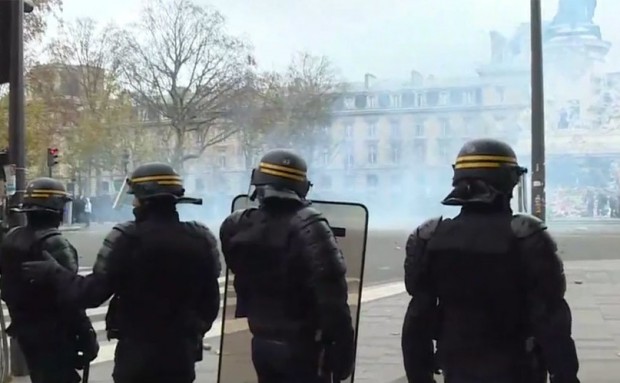 Chicago’s announcement that it agreed on Tuesday to pay $2 million to settle a lawsuit alleging police misconduct barely tells the story.

The settlement still must be approved by City Council, which already this year has approved $12.3 million to settle police misconduct cases, including $3.2 million to settle two cases in May. But the cash-strapped city repeatedly borrows the money to pay verdicts and settlements, leaving taxpayers on the hook for far more money than that approved by City Council for years and years into the future.

The city will pay as much as 6.3 percent interest on municipal bonds sold in 2014, even before the city’s credit rating dropped to “junk” status, which sharply raises the interest rate the city must pay to lure investors to buy the bonds.

Using bonds is similar to taking out a mortgage on a new house. If a homeowner borrowed $200,000 on a 30-year mortgage with a six percent interest rate, the borrower would actually pay $431,676 over the life of the mortgage to pay off the debt.

The city continues to rely on bonds as a key source to pay the flood of settlements, despite criticism from experts that they are expensive to borrow and, on top of that, eliminate any incentive on police departments to modify their conduct.

Mayor Rahm Emanuel has promised to end by 2019 the practice of relying on bonds to pay settlements. But in the meantime, the debt-ridden city continues to be forced to borrow to pay the settlements. A measure to sell more general obligation bonds is currently making its way through City Council.

“It’s expensive to borrow and it doesn’t hold the wrongdoers accountable,” said Laurence Msall of the watchdog group The Civic Federation. If the cost of the settlements instead came out of the city budget, the city council would be required to make funding adjustments and could create a mechanism for the police department to change behavior, he said.

That concern echoes the research of UCLA law professor Joanna Schwartz, whose studies have challenged long-held assumptions that the threat of losing civil rights lawsuits serves to deter misconduct. Schwartz found that the cost of settling cases has little impact on departments, but especially so in cities like Chicago, where the department is not forced to make cuts if settlements and judgments exceed the department’s allocated lawsuit budget.

The practice of using bonds to pay for legal judgments is not unprecedented, according to University of Chicago Professor Michael Belsky, who studies municipal bonds, but he added that the practice is “not ideal.” A well-funded city will have some money set aside for unanticipated events like legal settlements, he said.

In March 2014, the City of Chicago entered a general obligation bond agreement to get $883 million and, in return, will pay the loan back with varying interest rates between 4 and 6.3 percent over the next 30 years, according to official documents. The city reported in bond documents that it expects to use $198 million of the proceeds to fund legal judgments against the city; in the past decade, most of those judgments involve police cases.

“The claims against the city against the police actions are going to continue and they’re going to need to be budgeted for,” said the Civic Federation’s Msall. “It’s something that’s foreseeable.”