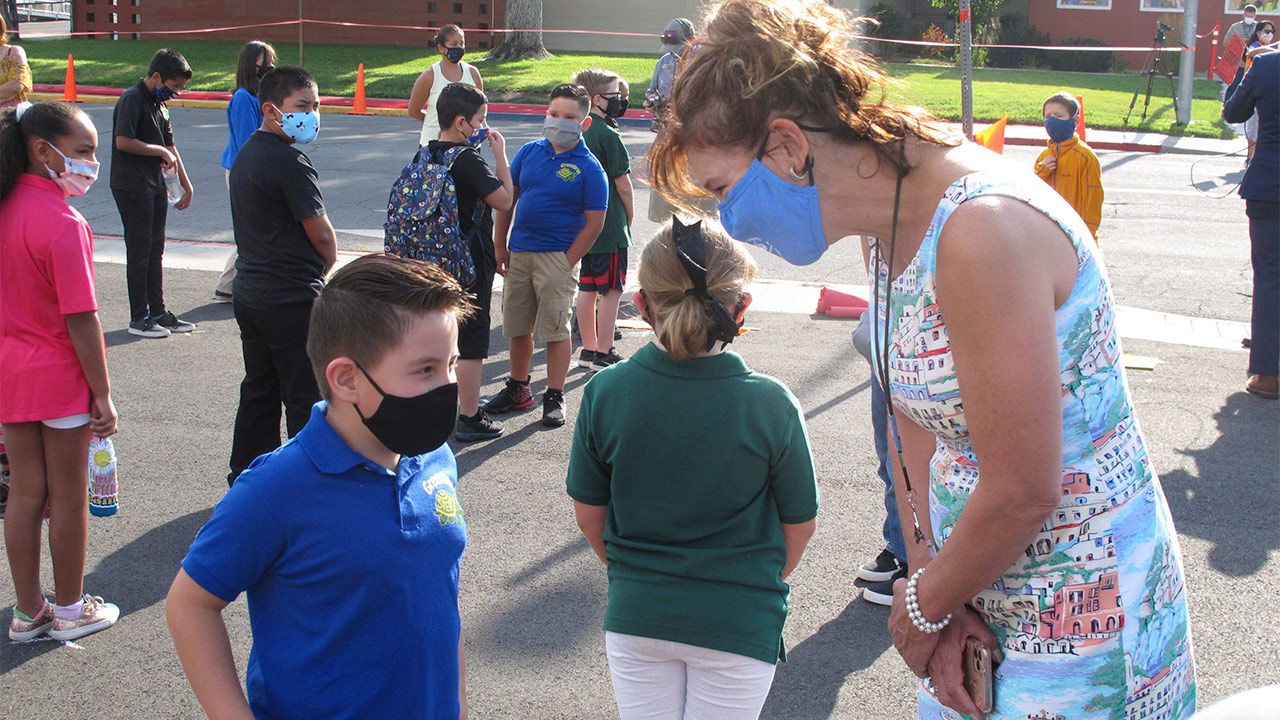 Using the fraudulent pretext of “protecting medical privacy,” a growing number of states and school districts across the United States are deliberately concealing information from the public on COVID-19 outbreaks in schools that have reopened. These include the states of Maine, Virginia and Oklahoma, as well as Camden County, Georgia, and Orange County, Florida. In Tennessee, Louisiana, and many other states, the decision is left to each individual county, and an unknown number of county officials are concealing outbreaks in schools from the public.

Following an outbreak in Camden County in early August, Deputy Superintendent Jon Miller sent a districtwide email to administrators, writing, “Staff who test positive are not to notify any other staff members, parents of their students or any other person/entity that they may have exposed them.” The district has not publicly confirmed a single case, while the virus is raging throughout the state, and there have been rumors of infections at multiple schools.

This criminal policy of concealment has become the modus operandi across industries—including in logistics, auto, meatpacking, health care, and more—and serves as a primary mechanism for implementing the homicidal return-to-work campaign of the ruling class. If cases are concealed and no one knows whether their coworkers have been infected, the powers-that-be can justify reopening while the pandemic spreads even more rapidly.

The American ruling class, like its counterparts in Sweden and many other countries, is actively seeking to develop “herd immunity” based on infecting huge sections of the population, which will produce further mass deaths. Already, over 180,000 Americans have been killed as a result of this murderous policy. In Sweden, authorities deliberately kept schools open in pursuit of “herd immunity,” producing a per capita death rate nearly 10 times that of its neighbor, Finland, which in contrast closed schools and most businesses.

The drive to reopen schools is now the linchpin of the broader campaign to resume production in the US and globally. In order to force parents back into unsafe factories and workplaces, the ruling elites in the US, Brazil, Britain, Germany, Australia and a growing number of countries are determined to force educators and children back into unsafe classrooms. Setting a precedent of not reporting COVID-19 outbreaks in schools in the US will have immense ramifications for the working class internationally.

Since late July, there have been well over 2,800 reported infections of students and staff from at least 800 schools in 46 states. Dozens of schools in Florida have reported infections, with at least 1,200 confirmed cases. In Mississippi, 71 of the state’s 82 counties have reported outbreaks of COVID-19 in schools, and at least 200 students and 250 teachers have tested positive statewide.

Join the fight against the deadly reopening of schools across the US!

In Georgia, at least 84 schools have already had outbreaks, with a combined 337 confirmed cases. In the Cherokee County School District alone, nearly 2,500 students and 62 staff members have gone into quarantine.

No doubt authorities also fear that the release of information about new outbreaks will provoke teacher strikes and student walkouts. The drive to reopen schools has already encountered enormous opposition. Since the beginning of July, there have been hundreds of protests in nearly every state. Last week, nearly half of all teachers and support staff in J.O. Combs Unified School District, a suburb of Phoenix, Arizona, carried out a wildcat sickout strike.

The news that districts are keeping COVID-19 cases secret was widely shared in the dozens of Facebook groups that have formed to oppose school openings. In one group in Rhode Island, which has over 15,000 members, a member commented, “By staying hush, they are aware that basically, it could kill people. I can’t believe what’s happening.” Another wrote, “This makes tracing impossible. Absolutely irresponsible and dangerous. Denial is just going to make a bad situation worse!”

Last week, the Educators Rank-and-File Safety Committee was founded to organize the immense opposition to the drive to reopen schools and the assault on public education. Safety committees, which are independent of the unions, are being built on district and state levels. These committees demand the immediate release of all known and suspected COVID-19 cases at every school and workplace, and comprehensive testing and contact tracing programs, which are the prerequisite of any rational plan to contain and eradicate the virus.

Even the most basic right to information can only be secured through the independent initiative of educators, parents and students. The teacher unions at every level, and both the Democratic and Republican parties, have made clear that they will facilitate the covering up of this vital information, and do everything they can to keep educators isolated by district and state.

The situation is now critical. The lives of hundreds of thousands are on the line. Last week, the Department of Homeland Security quietly branded teachers and all education workers “critical infrastructure workers” on the instructions of the Trump White House. The DHS is the same agency that oversees the paramilitary BORTAC forces which Trump deployed in Portland and other cities last month, as part of his preparations to erect a presidential dictatorship.

By attaching this label to educators, Trump is enabling state and local officials to invoke “national security” and use their repressive state apparatus to force teachers and school workers back to work, even if they are known to have come into contact with someone infected with COVID-19.

Demonstrating the manipulation of science in the interests of the ruling class, last week the Centers for Disease Control and Prevention (CDC) issued updated guidelines that fully sanction the reopening of schools. Where outbreaks of COVID-19 occur, the guidelines advocate the short-term suspension of individual classes and the cancellation of events and afterschool activities, rather than the shutdown of the entire campus.

While acknowledging that “children of all ages are susceptible to SARS-CoV-2 infection,” the CDC downplays the danger by claiming that the children only “might play a role in transmission.” This is despite multiple comprehensive studies proving that children do transmit the virus. The CDC concludes that “in-person learning is in the best interests of students,” ignoring the permanent physical and emotional damage that will be inflicted upon children who spread the disease to teachers, parents and grandparents, dwarfing any disruption caused by online learning.

In the struggle for their health and safety—and for the social interests of the vast majority—educators, parents and students must base themselves on the latest science, which proves demonstratively that reopening schools is a deadly endeavor.

The Educators Rank-and-File Safety Committee is working to coordinate a unified opposition to the nationwide campaign to reopen schools. We will do everything in our power to assist in the building of local rank-and-file committees in every school and neighborhood, to unite with broader sections of the working class in preparation for a nationwide general strike to halt the reopening schools, stop the spread of the pandemic, and save lives.

Everything depends on the independent initiative of educators, parents, students and the entire working class. We urge all those who support these principles to get involved with our work, share our statement widely, join our Facebook group, and build rank-and-file safety committees at your schools, workplaces and neighborhoods to prepare for the struggles ahead.