Thousands of protesters are rallying across France as Yellow Vest demonstrations show no sign of abating on their 20th week despite authorities banning many locations. A heavy police presence can be seen throughout the country.

In Paris where more than 4,000 went out to the streets, protesters gathered in two locations, forming a joint column and marched towards  towards Trocadéro square.

Several skirmishes broke out between protesters and police present in large quantities in riot gear. A thick plume of smoke was observed occasionally but it’s not immediately clear what was its source.

At least 32 people have been detained in Paris, according to official figures from the city’s police.

Authorities say 33,700 demonstrators were out in the streets throughout the country, while protest organizers say over 100,00 people were present.

Minor clashes between riot police and the Yellow Vests occurred in the city of Avignon, where protesters were allowed to demonstrate only in one location. Following the brief scuffles, the protest continued peacefully. Police detained 21 people in the city.

In Bordeaux, a group of vandals attacked a bank, smashing its windows with iron bars while thousands marched peacefully through the streets of the city.

The protesters are also seeking to show solidarity with Genevieve Legay, a 73-year-old anti-globalization activist, injured in Nice last weekend. “We are all Genevieve!” an online appeal for the protests reads.

Legay was one of those who braved a blanket ban on protests in Nice and got pushed down by a police officer, receiving a head injury, according to the city’s prosecutor. 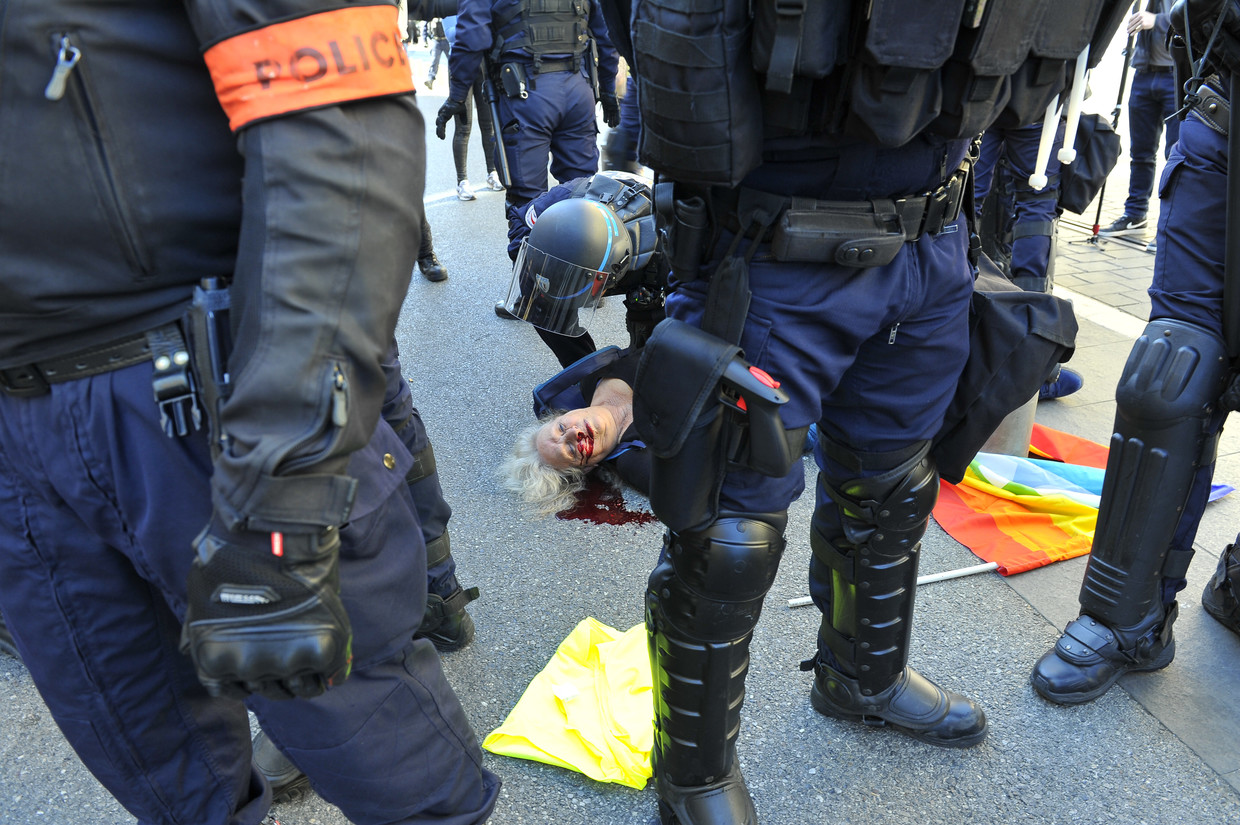 While the injury caused outrage by itself, French President Emmanuel Macron managed to add insult to it when earlier this week he squarely blamed Legay for the incident.

“When one is fragile and risks being shoved, one does not go to places that are declared off-limits and one does not put oneself in that kind of situation,” Macron said, wishing “speedy recovery … and perhaps a kind of wisdom.”

The remark drew anger from the activist’s family and fellow protesters, who accused Macron of being patronizing and disrespectful, as well as of whitewashing police violence.