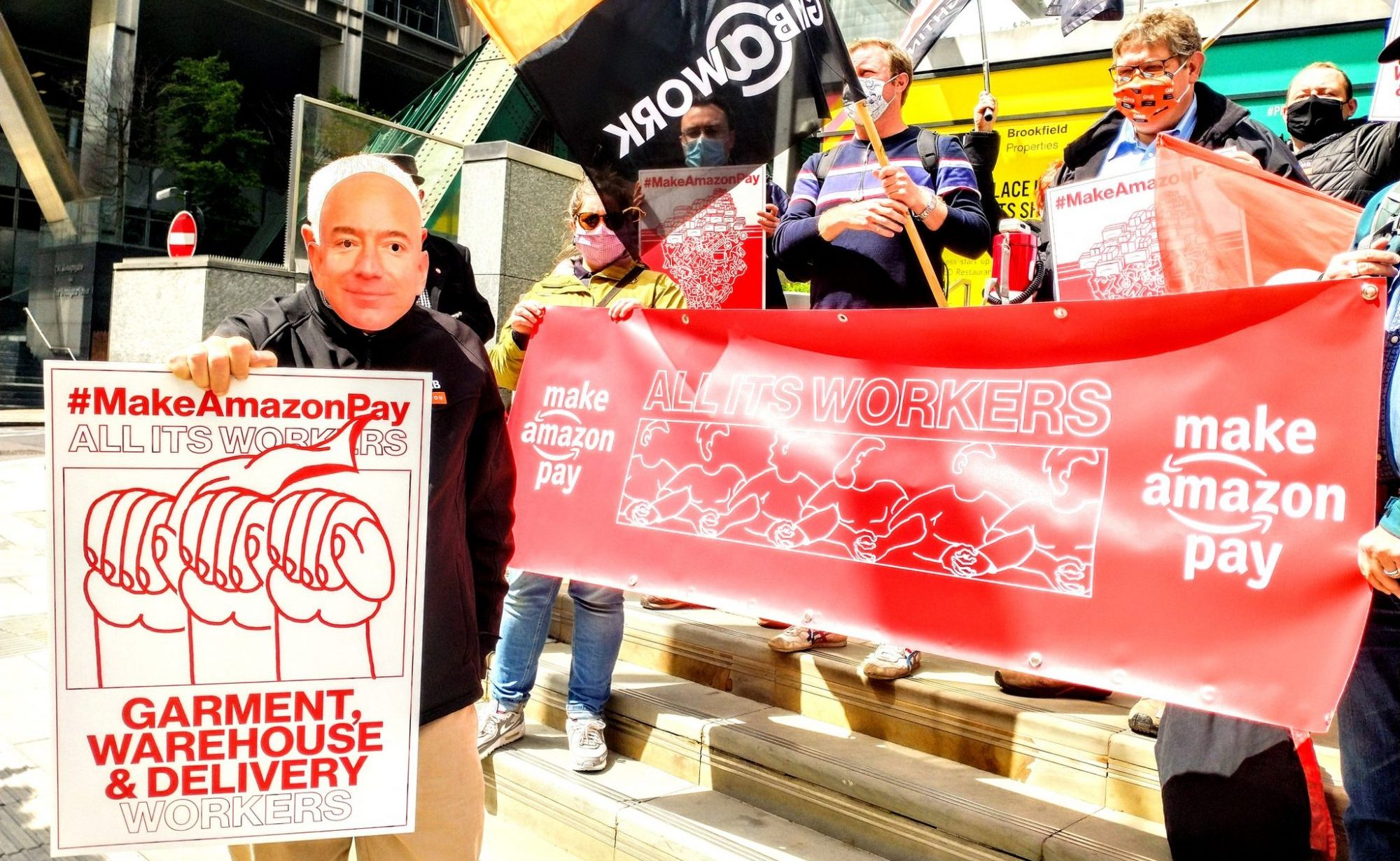 Activist shareholders are pushing for the proposals to be adopted during this week’s annual meetings, the first to be held after a year that’s included nationwide Black Lives Matter protests, a deadly riot at the U.S. Capitol and challenging working conditions for many on-site workers in the tech industry.

Amazon workers are targeting the company’s largest investors to vote for proposals intended to make Amazon more accountable for how its policies affect employees and communities ahead of the e-commerce giant’s shareholder meeting on Wednesday.

Activists are similarly pressuring Facebook, Twitter and Google parent company Alphabet, along with Amazon, to adopt a series of proposals at their shareholder meetings this week and next that address concerns about content moderation and workplace conditions.

While some of the pitches have failed before, such as Arjuna Capital calling for Alphabet, Facebook and Twitter to nominate a human rights or civil rights expert to their boards, proponents are optimistic that their efforts will yield more support this time around.

“What’s really different this year, and distinct from last year, is just the amazing activism that workers, civil rights groups, the Black Lives Matter movement have been doing to raise awareness about the impact of these companies on society,” Mary Beth Gallagher, executive director for Investor Advocates for Social Justice, said at a press conference Monday.

One item on Amazon’s proxy ballot calls for the board to commission an independent study of the company’s facial recognition product, Rekognition, to assess whether it could lead to violations of privacy or civil rights.

Amazon has recommended shareholders vote against the proposal in its proxy statement, saying it has “conscientiously acted to review and address the concerns expressed in the proposal” and “transparently provided information” to the public on Rekognition.

Amazon banned police use of its facial recognition technology last year during nationwide protests over the police killing of George Floyd. Last week, Amazon confirmed it is extending the ban but declined to provide further details on the moratorium.

The company’s proxy ballot also includes measures calling for a report on promotion data, a diversity and equity audit, and a report on packaging materials. Amazon has recommended shareholders vote against those proposals as well.

The company was recently hit with a series of lawsuits from women employees alleging racial and gender discrimination. Amazon has said they investigated the allegations and defended their “diverse, equitable and inclusive” workplace culture.

Workers protested outside the offices of some of Amazon’s largest shareholders on Monday, calling for them to vote in favor of the proposals.

Still, the efforts come not long after workers failed in a high-profile bid to unionize employees at an Amazon facility in Bessemer, Ala., earlier this year. The lopsided victory by Amazon is now being challenged by union organizers.

Amazon is also facing pressure this week to take further action on environmental issues. More than 600 employees signed on to a statement released Tuesday calling for the company to commit to zero emissions by 2030.

The company responded by defending its climate action, noting that it co-founded the Climate Pledge, which commits to net-zero carbon emissions by 2040 — 10 years after the goal sought by workers. In its proxy statement, Amazon also touted its existing programs to assist diverse leaders to advance in senior roles.

“Rightly, these companies are scrambling to build some internal scaffolding, adding experts, policies and oversight mechanisms — but it’s simply not enough. They address the symptoms and not the sickness,” said Natasha Lamb, managing partner at Arjuna Capital.

Shareholders behind the proposals argue that tackling workers’ rights and hate speech are in investors’ best interest, too.

Jonas Kron, chief advocacy officer at Trillium Asset Management, said the proposal his firm filed urging a third-party review of Alphabet’s whistleblower policies not only benefits workers but also investors by giving them “important assurance” that the checks and balances within the company are functioning.

“What we’re seeing right now at Alphabet should leave investors feeling uncomfortable. Over the last nine months we’ve seen a number of red flags going off,” he said.

Kron highlighted the pushback on Google’s dismissal of top artificial intelligence ethics researcher Timnit Gebru, a National Labor Relations Board (NLRB) complaint filed against Google alleging it illegally spied on employees and the formation of the Alphabet Workers Union (AWU).

“These incidents represent a field covered in hundreds of red flags, all of which strongly suggest now is the time to bring in a third party to do an audit of the company’s whistleblower protections and make sure we have protection in place that protects workers, protects investors and protects human rights,” he said.

AWU, which is not seeking recognition from the NLRB, supports the proposals, member Raksha Muthukumar said.

Advocates say that while many of the major proposals are unlikely to pass, they’re more interested in who’s voting for them.

“So when you’re looking at the vote from Facebook in the next week or so, the question is really: ‘If your name was not Mark Zuckerberg, how did you vote?’ And that’s going to really tell you much better what the investing community thinks about these shareholder proposals,” said Kron, who noted that Facebook CEO Mark Zuckerberg controls more than 60 percent of the vote.

Advocates like Maurice BP-Weeks, executive director of the Action Center on Race and the Economy, say the shareholder proposals are just one avenue for change and that Washington has a role to play too.

“These shareholder resolutions are really important, but obviously a lot of these problems are structural, and we often forget that we do have a mechanism to make sure that corporations do what is in the best interest of, or a better interest of, the public. That is actually our government,” BP-Weeks said.