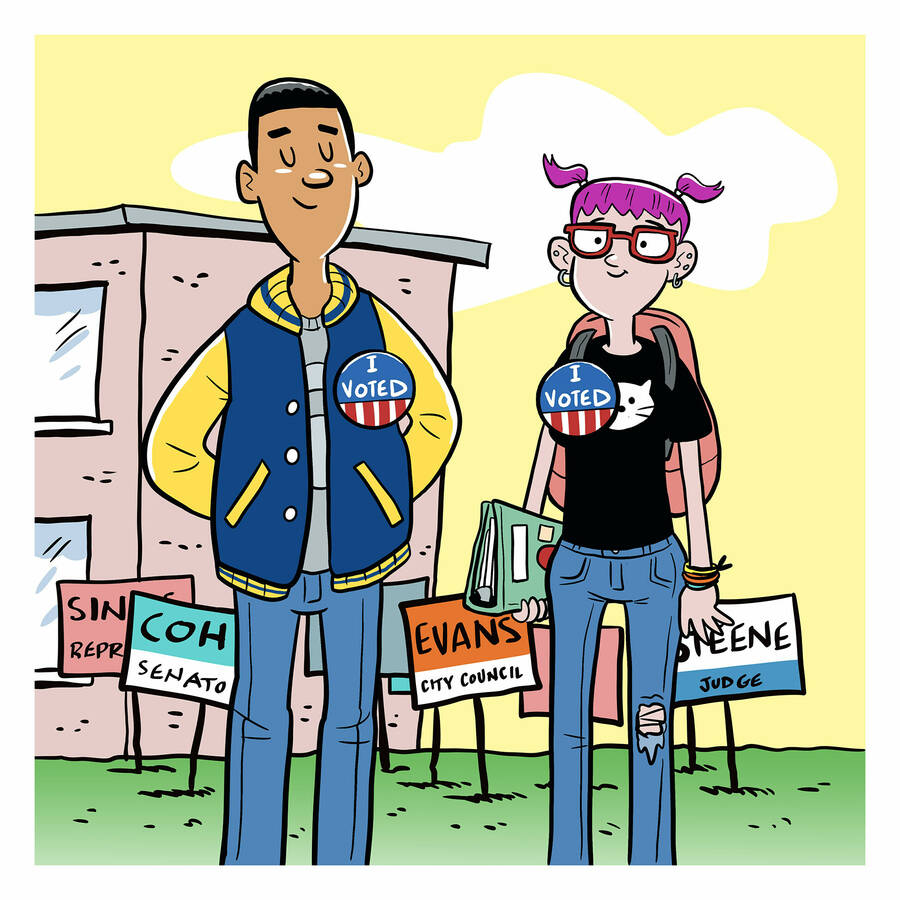 Teens Work, Drive and Pay Taxes; They Should Be Able To Vote, Too

Greater Civic Engagement Will Depend On Enfranchising Young Voters.

“Well, you didn’t vote for me.” — Sen. Dianne Feinstein (D- CALIF.) to a 16-year-old Sunrise Movement activist in 2019, who was asking her to support the Green New Deal.

Just how young are we talking?

The most popular proposal is to give everyone 16 and up the right to vote. In the United States, 16-year-olds are working full-time, paying taxes and driving, so why not voting? And most live with their families, which may be a better time for them to cast their first vote — rather than when they’re in the midst of major life transitions a few years later.

In countries like Scotland and Austria, where 16- and 17-year-olds can vote in some or all elections, the teens vote at higher rates than their slightly older cohorts — and research shows voters who begin earlier stick with the habit. Civically engaged teenagers at home might even boost the participation of parents and other family members.

Enfranchising more young people could also combat what writer Astra Taylor has termed the “gerontocracy”: a generational cohort making long-term policy they won’t be around to deal with. While the electorate is growing more diverse and progressive overall, the system is rigged against outcomes reflecting that reality.

Do teenagers really care about politics?

They probably should. Some of the biggest problems facing society — climate change, gun violence, student debt — weigh most heavily on the young. Meanwhile, half of Congress is over 60.

What would it take to lower the voting age?

We’ve done it before. After years of mass protests (and more than 2 million Americans drafted to Vietnam), the 26th Amendment reduced the voting age from 21 to 18, adding 11 million new voters for the 1972 election.

There is more movement at the local level. Efforts have faltered in San Francisco and Boston, but several small cities have lowered the age to 16 for local elections, where the policy has been effective and popular. Takoma Park, Md., was the first, back in 2013; under-18 voters had a turnout rate four times higher than those over 18.

What if the teens make bad decisions?

Youth are at the forefront of some of the most dynamic movements of our time. If you’re still not convinced, consider a simple counter: Are adults really doing such a great job?