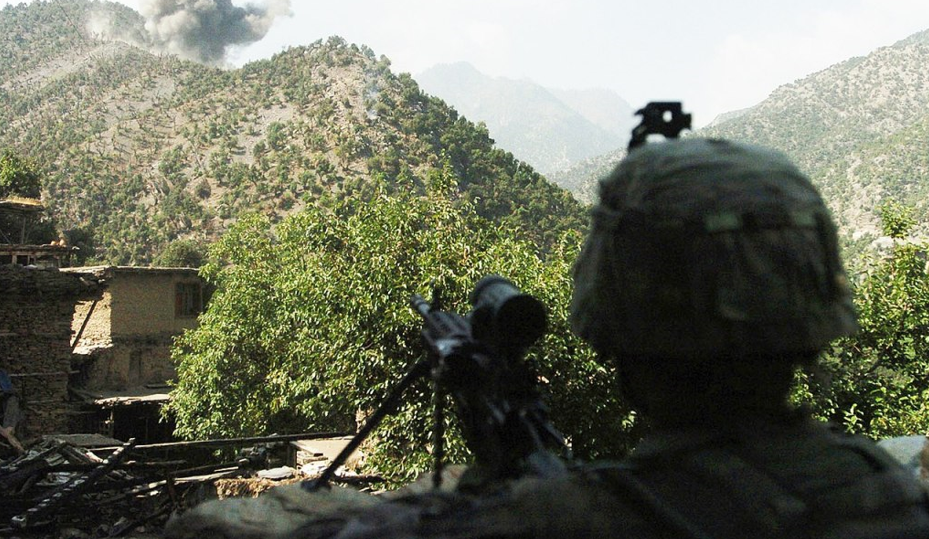 So do their ramifications.

I don’t have any personal war stories to tell.  In my twenty years in the U.S. Air Force, I never saw combat.  I started as a developmental engineer, working mainly on computer software, and morphed into a historian of science and technology who taught for six years at the USAF Academy.  I worked on software projects that helped pilots plan their missions and helped the world to keep track of objects in Earth orbit.  I taught military cadets who did see combat and served as the dean of students at the Defense Language Institute at the Presidio of Monterey, where I saw plenty of young troops cross the graduation stage with language skills in Arabic and Pashto and other languages as they prepared to deploy to Iraq, Afghanistan, and elsewhere.  But no combat for me.

I got lucky.  As one friend, an Army colonel, told me: any day you’re not being shot at is a good day in the Army.  The result, however, is that I can’t tell exciting war stories that begin: “There I was” in Baghdad, or Kandahar, or Fallujah, or the Korengal Valley.

But I was involved in computer simulations (“war games”) at Cheyenne Mountain in Colorado near the end of the Cold War.  The one I remember most vividly ended with a Soviet nuclear missile strike on the United States.  As I watched the (simulated) missile tracks emerge from Soviet territory, cross the Arctic circle, and terminate in American cities, I had a momentary glimpse of nuclear terror.  What if I ‘d just witnessed the death of millions of Americans on a monochrome computer screen?  That’s a “war story” that’s stayed with me, and so I’m a firm supporter of eliminating all nuclear weapons everywhere.

That’s my “there I sorta was” story.  Yet, whether you’ve served in the military or not, all Americans tell themselves war stories, or rather stories about America’s wars.  The basic story most tell themselves goes something like this:

America is a good and decent country, our troops are heroes, that we wage wars reluctantly and for noble causes, and that our wars are almost exclusively defensive or preventive.  We tell ourselves we don’t want to be bombing and killing in Afghanistan and Iraq and Somalia and Yemen and elsewhere, but we have to be.  Bad people are doing bad things, and we need to fight them over there else we’ll have to fight them right here.

Yet what if the stories we tell ourselves are all wrong?  What if we are the bad people, or at least the ones doing much of the bad things?  And, even if those stories aren’t always wrong and we aren’t always bad, what are the costs of permanent war – all those “bad things” associated with war – to our democracy, what’s left of it, that is?

A book I return to is Every Man in this Village is a Liar: An Education in War, by Megan Stack.  Stack was a war correspondent who witnessed the effects of war in places like Iraq and Afghanistan.  She focuses not on strategy or tactics or weaponry or combat but on the impact of war on people.  And in her chapter on “Terrorism and Other Stories,” she reaches this powerful conclusion:

It matters, what you do at war.  It matters more than you ever want to know.  Because countries, like people, have collective consciences and memories and souls, and the violence we deliver in the name of our nation is pooled like sickly tar at the bottom of who we are.  The soldiers who don’t die for us come home again.  They bring with them the killers they became on our national behalf…

We may wish it were not so, but action amounts to identity.  We become what we do.  You can tell yourself all the stories you want, but you can’t leave your actions over there … All of that poison seeps back into our soil.

Nothing has changed since Stack’s book was published a decade ago.  U.S. forces remain in Iraq and Afghanistan, still fighting that word, terrorism, even as there’s renewed talk within the Pentagon of a new cold war against Russia and China.  A reboot of that Cold War I thought I’d witnessed the end of thirty years ago.  (I even got a certificate signed by President George H.W. Bush thanking me for helping to win that war.). Could it be that real enemy doesn’t reside in Moscow or Beijing, but in us?  As Stack continued:

And it makes us lie to ourselves, precisely because we want to believe that we are good … we Americans tell ourselves that we are fighting tyranny and toppling dictators.  And we say this word, terrorism, because it has become the best excuse of all.  We push into other lands, we chase the ghosts of a concept, because it is too hard to admit that evil is already in our own hearts and blood is on our hands.

As Americans we need to stop telling ourselves self-serving war stories and start telling much tougher ones about working for peace.  We need to stop telling (and selling) stories about a new cold war and stop “investing” a trillion dollars in new nuclear bombers, missiles, and submarines.  I’ve seen those simulated nuclear missile tracks crossing the pole and ending in American cities; that was scary enough. The real thing would be unimaginably terrifying and would likely end life on our planet.

What mad story can we possibly tell ourselves to justify the continued building of more ecocidal and genocidal weapons?

We humans are great storytellers but we’re not smart ones.  Perhaps it’s the power of our stories that has led us to be the dominant and most destructive species on this planet.  The problem is that we still tell far too many war stories and value them far too highly.  Peace, meanwhile, if mentioned at all, is dismissed as fantasy, a tale to be told to children alongside stories of unicorns and fairies—which, to the first generation of voting age adults never to have known it, it sort of is.

Unless we smarten up and grow as a species, our collective war stories will likely be the death of us.

William Astore, a retired lieutenant colonel (USAF) and history professor, is a senior fellow at the Eisenhower Media Network (EMN), an organization of critical veteran military and national security professionals.  His personal blog is Bracing Views.