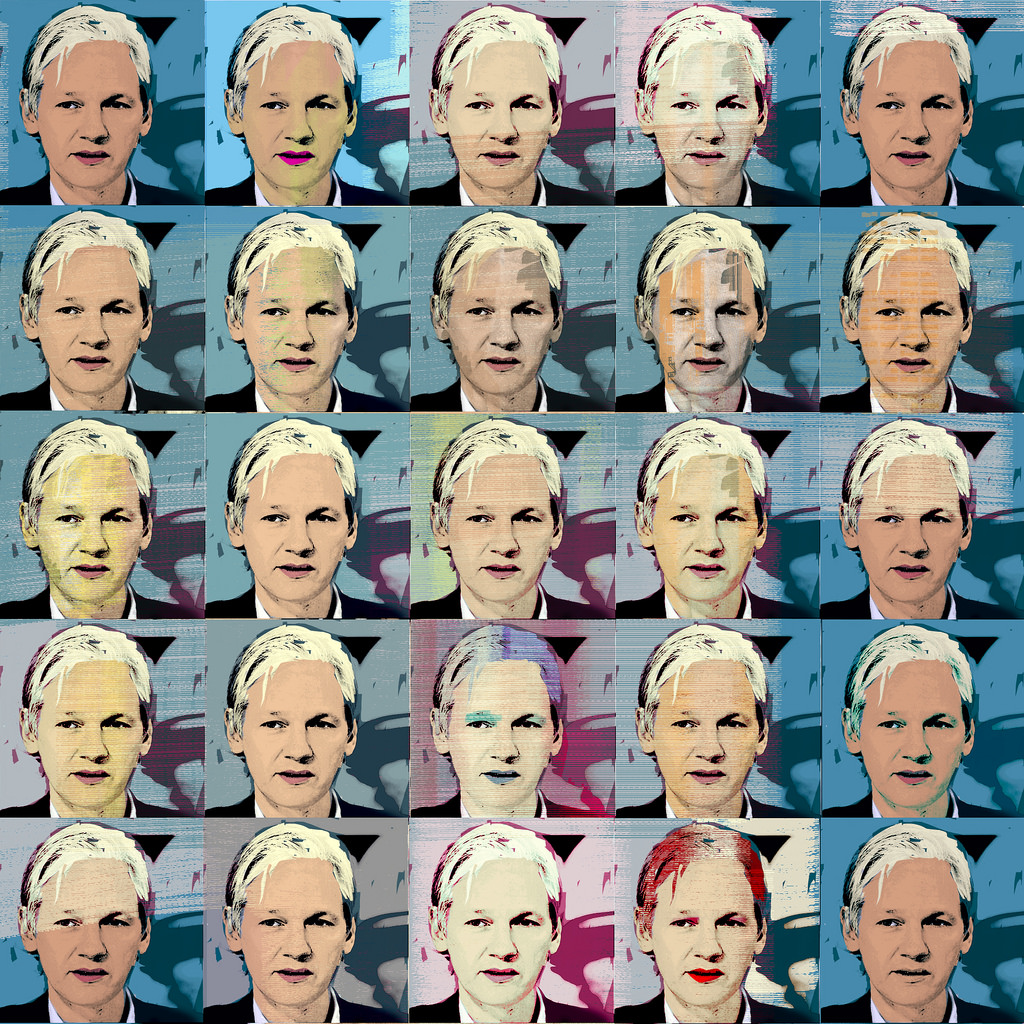 Popular Resistance has joined the call for protests in support of Julian Assange to end his persecution by the United States and its allies. The democratization of the media by Assange as editor of Wikileaks is a threat to the current power structure which controls the media through a handful of large corporations. The threat of a media by and for the people is why Assange is being persecuted. Freedom of speech and freedom of the press are being defined by the treatment of Julian Assange. Everyone who cares about these freedoms should speak out and take action on his behalf by joining the demonstration in Sydney, Australia on June 17 and the vigils being held in London and around the world on June 19—the anniversary of when Julian sought asylum in the Ecuadorian embassy six years ago. On June 19 at 11:00 a.m. Popular Resistance and the Courage Foundation will be holding a protest in support of Julian Assange at the White House. Please join us to call for an end to his persecution. KZ

One day after Ecuadorian Foreign Minister María Fernanda Espinosa declared that her government would continue blocking WikiLeaks editor Julian Assange from all communications and deny him any personal visitors, she was elected president of the United Nations General Assembly. Today marks 10 weeks since Ecuador’s government deprived Assange of his rights, which it is obliged to honour after granting him political asylum in its London embassy in 2012.

The UN vote in support of Espinosa was a substantial 128, versus 62 for the only other nominee, Honduras’s UN ambassador Mary Elizabeth Flores Flake, and two abstentions. The vote suggests that the United States did not energetically intrigue on behalf of Honduras. Washington was believed to favour Honduras because its right-wing government supported the provocative relocation of the US embassy in Israel to Jerusalem.

There is little doubt that the treatment of Assange by Ecuador’s government—and behind it, the small country’s corporate elite—is the outcome of pressure and threats by the US and other powers. Washington is demanding Assange’s head as the price of restoring relations. CIA director Mike Pompeo, now US secretary of state, asserted last year that WikiLeaks was a “non-state hostile intelligence agency,” due to its publication of documents exposing the operations of US intelligence.

Assange is being used as a bargaining chip in sordid negotiations between the US and Ecuador. On June 4, US Vice President Mike Pence met with Ecuadorian President Lenín Moreno. Amid the stepped-up persecution of Assange, Pence issued a statement lauding their discussion on “opportunities to reinvigorate the bilateral relationship” between the two countries. In words dripping with imperialist deceit, he said they would work together “to protect and promote freedom” and “build prosperity, security and democracy.”

Such “freedom” does not include freedom of speech or freedom of the press. Such “democracy” does not include the right to expose or oppose the crimes of American imperialism or other capitalist governments. The Orwellian “freedom” espoused by Pence means submission and subservience to the control of the world’s wealth by a minuscule financial and corporate oligarchy.

Moreno’s evidently friendly discussion with Pence, and Espinosa’s victory in the UN, follow Moreno’s own attacks on Assange and democratic rights last week.

On May 30, Moreno again hinted that Ecuador will renege on the political asylum that the previous government granted to the WikiLeaks editor in 2012. Moreno declared that Assange could remain in the London embassy only on the condition that he accept a permanent ban on “speaking out about politics or intervening in the politics of other countries.”

Espinosa stated on Monday that such flagrantly anti-democratic terms were “not a matter of censorship.” In reality, Assange has been delivered an unacceptable ultimatum. Unless he renounces the mission of WikiLeaks, which is to publish and comment on whistleblower leaks that expose government and corporate criminality and abuses around the world, he will be forced out of the embassy to be arrested and imprisoned by waiting British police on a bail-related charge.

Assange defied the terms of his bail in June 2012 and sought asylum from Ecuador because his life was in danger. The sole motive behind efforts to extradite him to Sweden, to purportedly answer “questions” in an investigation into allegations of sexual offenses, was to silence him while Washington sought his extradition to stand trial on espionage charges that potentially carry the death penalty.

After years of delay, in late 2016 the Swedish police and prosecutors agreed to Assange’s repeated offer to be “questioned” in London. It belatedly took this action after a December 2015 ruling by the UN Working Party on Arbitrary Detentions.

That ruling stated: “The Working Group considered that Mr. Assange has been subjected to different forms of deprivation of liberty… detention was arbitrary because he was held in isolation during the first stage of detention and because of the lack of diligence by the Swedish Prosecutor in its investigations, which resulted in the lengthy detention of Mr. Assange.”

The ruling concluded: “The Working Group also considered that the detention should be brought to an end and that Mr. Assange should be afforded the right to compensation.”

In May 2017, Sweden finally abandoned its investigation. Assange was still unable to leave the embassy, however, because the British government of Prime Minister Theresa May insisted it will seek his imprisonment for jumping bail. Moreover, it refused to rule out continuing to hold him in custody while his legal defenders fought protracted court action against a US extradition warrant.

With each passing day, the danger facing Julian Assange increases. For six years, he has been confined inside a small building with no access to direct sunlight. He has been denied medical and dental treatment for serious conditions. Now he has been inflicted with the additional pressure of being prevented from continuing his work as a journalist, and denied outside communication or contact, even with his family.

The vindictive operation underway is intended to either force Assange to “voluntarily” leave the embassy, or create conditions in which Ecuador evicts him via claims he has “violated” its terms.

Crucial demonstrations and vigils have been called to defend Assange. They must be understood not as one-off protests, but the renewal of a determined campaign to win his freedom, especially if he is forced into a British prison and faces a protracted legal struggle against extradition to the US.

The movement that is required will be built by the most determined fight to independently mobilise the social force that has the power to win Assange’s freedom: the international working class. It will not be built by appeals to the ex-liberal and ex-left organisations and trade union apparatuses that have aligned themselves with their own ruling classes and governments.

Around the world, millions of working-class people are entering into immense struggles for their social right to decent living standards, education and health care, and against the persecution of refugees and immigrants, police-state policies and the threat of war. These struggles are inseparable from the fight for democratic rights, including an end to Internet censorship and the defence of a free, critical and independent media, such as WikiLeaks.

Every effort must be made to break the silence imposed by the official political and media establishment and raise awareness of the immense implications of the effort to destroy WikiLeaks and railroad its editor into a prison cell or worse.

Again, we urge readers of the WSWS to turn to the workplaces, factories, campuses and high schools to fight for maximum participation in the demonstrations and vigils demanding Julian Assange’s immediate and unconditional freedom.