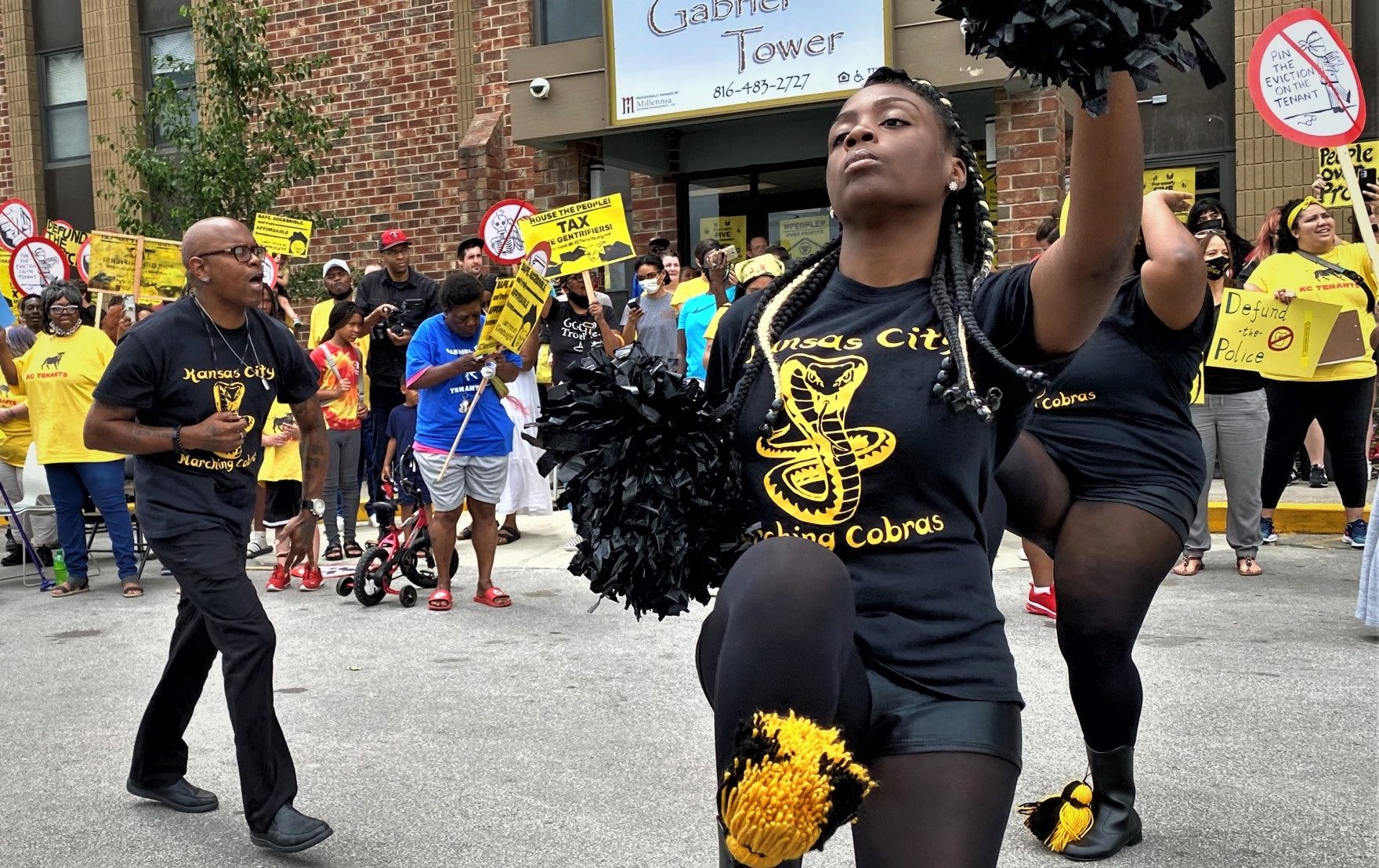 With Money Diverted From Police Budget.

The Kansas City Tenant’s Rights Group Has Proposed Setting Up A Trust Fund To Build Low-Income Housing And Aid Renters, With Most Of The Money Coming From The Police Budget.

The Marching Cobras drill team kicked off an energetic, two-hour rally over the weekend, led by the housing advocacy group KC Tenants.

Saturday’s rally took place outside Gabriel Towers, a lower-income apartment building that lost air conditioning for weeks last summer, sparking the formation of a tenant union and calls for a federal investigation.

One of the event’s speakers, Sabrina Davis, said she is disabled and has slid from bad to worse housing in recent years. But she said her complaints about insects and leaks fell on deaf ears.

“In Kansas City today, in the world today, in this housing market, my landlord does have all the power over me,” Davis says. “He and I both know how hard it would be for me to find a decent place to live. He has total control over my destiny.”

KC Tenants says it wants to rebalance the power equation in favor of lower-income renters. Leader Jenay Manley says there’s a way to do that.

“Our vision, our proposal for a better world,” Manley announced. “Today is the day that KC Tenants releases our proposal. A people’s housing trust fund.”

Under a plan released this weekend, the fund would help build accessible low-income housing and shield renters against eviction. It would be overseen by a board appointed by the mayor and comprised mostly of housing activists, with one city council member and a representative of the school district.

The group’s plan is primarily funded by $22 million diverted annually from the Kansas City police budget. Most of the remaining funds would come from dedicated taxes on developers.

Kansas City has taken some steps already to address the housing shortage, such as creating an Office of the Tenant Advocate and devoting $12.5 million in federal stimulus money to create a Housing Trust Fund of its own. However, unlike the KC Tenants proposal, that city fund has no recurring local funding source.

The city is also planning to build hundreds of affordable housing units near Bartle Hall as part of the Barney Allis Plaza parking garage rehabilitation.