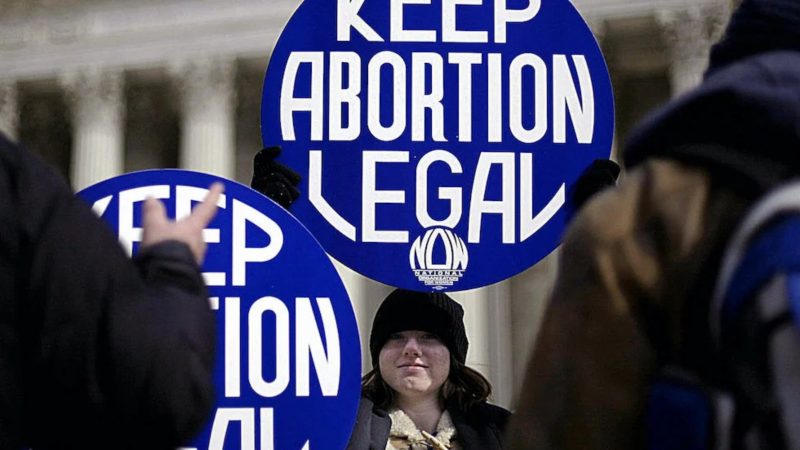 A Texas doctor has revealed that he recently performed an abortion in violation of the state’s new controversial law that prohibits nearly all abortions after roughly six weeks into a pregnancy, arguing that he “had a duty of care to this patient.”

Alan Braid, a San Antonio-based physician, wrote in an op-ed published by The Washington Post Saturday that on Sept. 6, just five days after the Texas abortion ban went into effect, that he “provided an abortion to a woman who, though still in her first trimester, was beyond the state’s new limit.”

Braid, who began his obstetrics and gynecology residency at a San Antonio hospital in 1972, said that during the year before abortion was recognized as a constitutional right in the 1973 landmark Supreme Court decision in Roe v. Wade, he saw “three teenagers die from illegal abortions.”

In the wake of the Supreme Court’s decision earlier this month not to block Texas’ new abortion law, Braid wrote, “For me, it is 1972 all over again.”

The doctor said that he had been a practicing OB/GYN for more than four decades, “conducting Pap smears, pelvic exams and pregnancy check-ups; delivering more than 10,000 babies; and providing abortion care at clinics I opened in Houston and San Antonio, and another in Oklahoma.”

He went on to say that the new Texas law, known as S.B. 8, “shut down about 80 percent of the abortion services we provide.”

The so-called “fetal heartbeat” law in Texas bans all abortions after cardiac activity is detected, which can occur as early as six weeks into a pregnancy, before many people know they are pregnant.

While the law provides exceptions in medical emergencies, it does not for pregnancies resulting from rape or incest, and also allows virtually any private citizen to file a lawsuit against a person who has performed or aided in the performance of an abortion procedure.

Individuals who take legal action have the opportunity to win $10,000 for successful lawsuits.

Braid wrote Saturday that while he “fully understood that there could be legal consequences” for his decision, he “wanted to make sure that Texas didn’t get away with its bid to prevent this blatantly unconstitutional law from being tested.”

The doctor, who noted that his clinics are among the plaintiffs represented by the Center for Reproductive Rights in the federal lawsuit aimed at stopping the Texas abortion ban, added that he believes “abortion is an essential part of health care.”

“I have spent the past 50 years treating and helping patients,” he continued. “I can’t just sit back and watch us return to 1972.”

The Biden administration has already committed to fighting the Texas law, with the Department of Justice filing a motion this week requesting either a preliminary injunction or a temporary restraining order that would prevent the ban from going into effect.

The Department of Health and Human Services (HHS) said Friday that it would be taking action to protect patients and abortion providers in Texas, including by giving up to $10 million in grants for clinics who have seen an increase in demand following the implementation of the law.