Thanksgiving Guide: How To Celebrate A Sordid History

Above photo: Travelers arrive at the Oceti Sakowin camp where people have gathered to protest the Dakota Access oil pipeline as they walk into a tent next to an upside-down American flag in Cannon Ball, N.D., Dec. 2, 2016. (AP/David Goldman)

Note: This article was first published on Popular Resistance on November 23, 2017. To see more articles we have published on Thanksgiving see here.

While millions of Americans prepare this week to get into the holiday spirit, beginning with Thanksgiving, how many are prepared to view the day through an accurate lens? While to many Americans the holiday serves as a reminder to give thanks, it is seen as a day of mourning by countless others. The truth is: European migrants brutally murdered Native Americans, stole their lands, and continue to do so today.

Start by acknowledging that almost everything taught about Thanksgiving in most schools across the country is a lie. Most Americans remember celebrations in elementary school in honor of Thanksgiving that included activities ranging from coloring pages to parades to plays. Everyone knows the drill: The Pilgrims fled Europe before landing on Plymouth Rock. The resident natives taught them how to farm the land, they all sat down for a big meal in 1621, and everyone lived happily ever after in the United States.

This brief history lesson is often followed by teepees made hastily from paper bags and headdresses for all children in the classroom using brown paper and brightly colored feathers. Some children are assigned the role of Pilgrims while others are told to play Indian for the day. Younger children make turkeys shaped like their hands while high school students are allowed to glimpse a few select representations of the gruesome battles involved in colonization.

Unfortunately, the watered-down, inaccurate teaching of the first Thanksgiving continues into junior high, high school and even into college, with most Americans never actually learning the truth. If non-Native Americans are to learn the truth of the day, it is best to go directly to the source. While there were two parties involved in this supposed great feast, most Americans reference only the story told by the Pilgrims, only the story fed by the colonizers, only the story shaped by textbook manufacturers over the years.

Celebration of a massacre

It may come as a surprise to some that the first official Thanksgiving Day was held in 1637. Feasts of thankfulness were commonplace in both European and Native American circles long before the first meeting between the Wampanoag tribe, which inhabited southeastern Massachusetts and Rhode Island, and the Pilgrims when they first landed back in 1621. In 1637, Governor John Winthrop called for an official day of thanks to celebrate the massacre of more than 700 people from the Pequot Tribe, a gruesome and generally unknown start to such a widespread and popular holiday. “This day forth shall be a day of celebration and thanksgiving for subduing the Pequots,” read the proclamation.

Watch | Native Americans share their feelings about the history of Thanksgiving and how it impacts their lives to this day:

Thoughts and emotions communicated in this video, as well as in conversations with Native Americans, are in stark contrast to the thoughts of gratitude and love conventionally expressed by non-Native Americans when it comes to Thanksgiving. A day seen by many as a day of celebration, a day for family, and a day for giving thanks, is perceived as a day filled with ignorance, a day filled with anger and a day full of mourning. How can these incredibly conflicting views of the same day and the same events possibly exist within the same country?

Colonization then and now 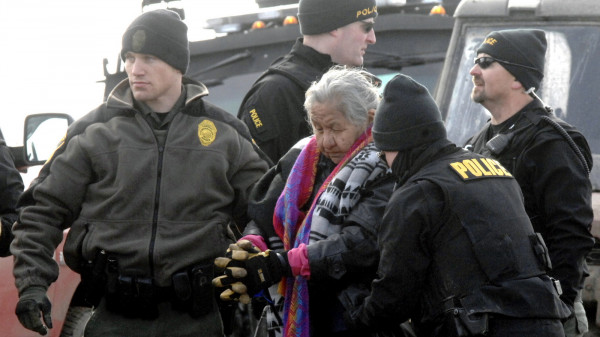 Colonization of this continent began long ago and continues to this day, constantly shape-shifting but causing significant harm in all its many guises. From the disappearance of Native women to the fight for clean water, and from the police murder of a Native boy to threats of the sale of Native lands, the Native struggle against colonization is seemingly unrelenting.

This time last year, Native Americans and their allies were brutally attacked by police while defending clean water at Standing Rock in North Dakota. In freezing temperatures, water cannons, along with rubber bullets, were used by militarized police to keep water protectors at bay. Over the course of the entire struggle at Standing Rock, excessive force and violence were used by police and hired security multiple times. 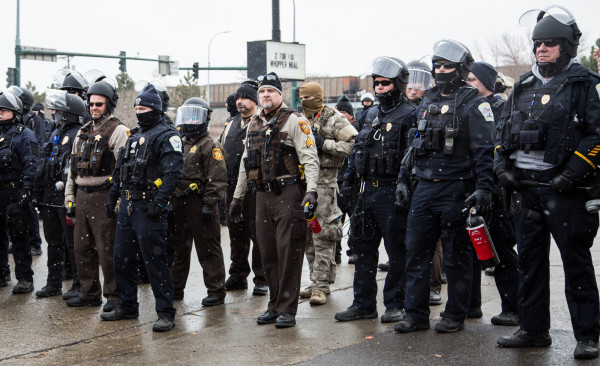 On Thanksgiving Day last year, a protest in the town of Mandan, ND was met with a show of force while water protectors on the front lines at the Oceti Sakowin camp at Standing Rock were attacked by police for crossing the river at the base of Turtle Island. Native Americans and their allies persisted and found reasons to be thankful in the face of oppression.

Recently, a 14-year-old Native American boy, Jason Ike Pero, was killed by an Ashland County Sheriff’s Deputy on the Bad River reservation in northwestern Wisconsin. The Bad River Band of the Lake Superior Ojibwe has requested the Civil Rights Division of the U.S. Department of Justice to open a criminal civil rights investigation into the incident. They claim the media and  Wisconsin Department of Justice are trying falsely to “describe Jason as being a troubled young man that acted in a violent manner towards the deputy,” a tactic seen again and again when it comes to police violence against minorities.

Just this week, Nebraska’s Public Utility Commission approved the permit for the Keystone XL pipeline, threatening Indigenous lands, despite a major leak in the Keystone pipeline just days prior. Pipelines and other projects threaten Native lands across the country, with the Trump administration seemingly more focused on profit than on protecting both Native and national lands.

Once the truth is acknowledged, how do non-Natives move forward? The Thanksgiving tradition is now so deeply rooted in American culture that doing away with the holiday completely is unrealistic, and would further do little to repair the harm that has been done over the years.

Here are some suggestions on how Americans can avoid the traditional whitewash and hypocrisy, and tailor their Thanksgiving celebrations thoughtfully:

When it comes to halting and healing from colonization there is much work to be done. Thanksgiving Day and it’s brutal history are an excellent and timely place to begin.