The Acorn: An Organic Radical Bulletin 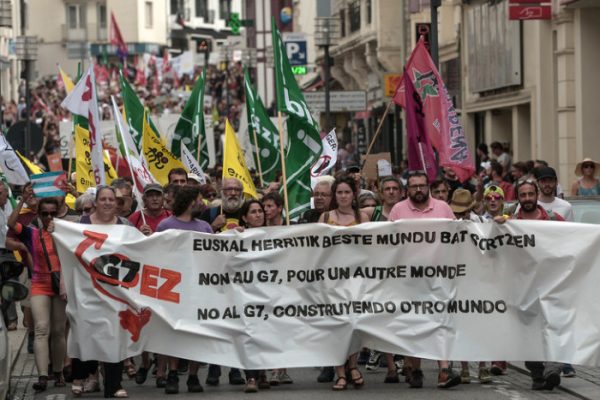 The welcome awaiting Macron, Trump and the other G7 world leaders in Biarritz later this month promises to be not so much warm as hot.

The Basques already have a proud tradition of anti-capitalist and anti-imperialist struggle.

But from August 24 to 26 the opposition to the summit will be bolstered by the mass participation of the Gilets Jaunes, or Yellow Vests, who have been protesting every week non-stop since November 2018.

Not only is the G7 being hosted by their primary hate-figure in President Macron, but it will also receive – in the words of the Bayonne group of Gilets Jaunes – ‘world leaders who defend an ultra-liberal economy which offers us nothing’. 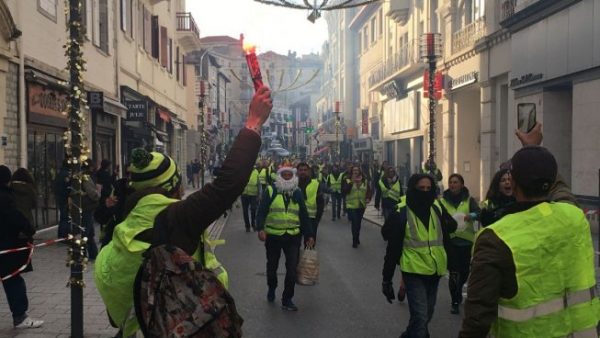 Gilets Jaunes were already active in Biarritz in December, when protests against a preliminary G7 meeting were met with tear gas and rubber bullets.

In April L’Express newspaper reported that the French authorities were preparing for “an explosive G7”.

And in July, more than a month before the actual summit, there were already a thousand people taking to the streets to voice their opposition.

The summit comes at a time when repression is reaching dizzy levels in France.

The first six months of the Gilets Jaunes uprising alone saw 2,448 protesters injured. Of these, 24 lost an eye and five had a hand blown off by police grenades, according to Le Journal Du Dimanche. 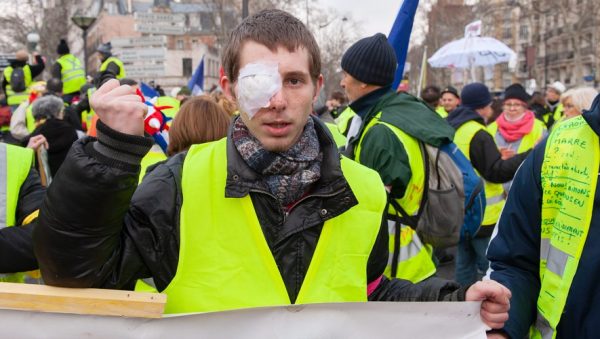 Protests are being banned all over the country each weekend and Gilets Jaunes regularly arrested on “suspicion” of being about to commit an offence, before they have had the chance to do anything.

This has filtered down to a local level, empowering one right-wing mayor in the Gard department, stung by criticism from local campaigners, to ban all leafleting in the town centre for an entire year!

And the mood of brutal police violence has spilled over beyond directly political issues, such as with the cops’ attack on party-goers in Nanteswhich involved the “accidental” death of Steve Maia Caniço.

Campaign group G7 EZ (“No to the G7, for another world”) warn that the summit will inevitably involve significant restrictions on people’s freedom of movement and the right to protest.

They say: “It imposes a real state of siege and a choking police occupation (a number of 15,000 soldiers and policemen has been announced)”.

But the protesters are determined not to let this stop them.

They add: “Why should we accept all this without reacting? As for the usefulness of the G7, no one believes in it any more, no one wants it any more. It is a waste of public money and the best solution is a pure and simple disbanding of the G7.

“We will join forces against the G7 in August 2019 in the Basque Country because the world it embodies must change deeply and urgently.

“Building another world is possible and urgent. And from the Basque country, we must also take part in it.

“Here too joining forces and sharing projects so as to change our model have multiplied: to stop climatic changes, in favour of freedom of movement, for the protection of the interests of workers against gender domination, for the cultural and linguistic diversity, against war and in favour of peace.

“That’s why while we refuse this G7 summit, we intend to reinforce our struggle for a social change”.

CLICK HERE TO READ THE REST OF THE BULLETIN.