The Anti-War Autumn Is Here

Last weekend, we participated in the Women’s March on the Pentagon, a successful action designed to build on the women-led movement against militarism and imperialism. Cindy Sheehan, who called for the march, stated explicitly that this was not a get out the vote event, as the last Women’s March was, and condemned both major parties for their support of war and militarism. She explained that war is a women’s issue because of the rape, violence, displacement and murder of women in countries that are occupied by military forces.

We have been referring to this fall as the Antiwar Autumn as there have been and will be many activities opposing war. This is a critical time to rebuild the peace movement because US foreign policy is headed in a dangerous direction by antagonizing the great powers, Russia and China, as well as continuing military and economic war in the Middle East and Latin America and increased military presence in Africa and Asia. At some point the US and its allies may cross the line and incite a nuclear or world war. We must work to prevent that and guide the US toward a foreign policy grounded in respect for international law and the self-determination of peoples and nations. 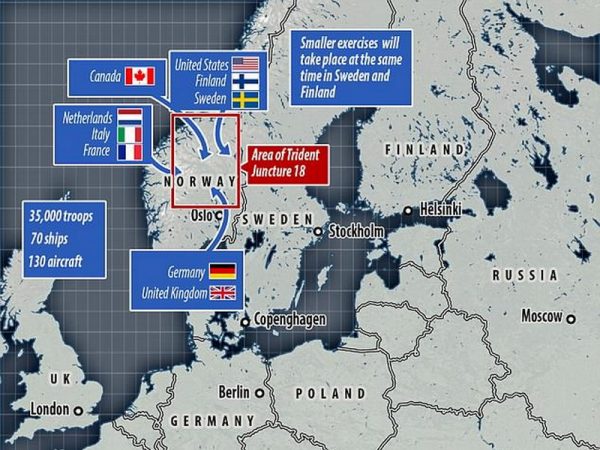 As relations between the United States and Russia further deteriorate, the US and allies from 28 other countries begin a month-long military exercise near the Russian border, “Trident Juncture.” Billed as a test of NATO countries’ ability to respond rapidly, this exercise includes troops from Finland and Sweden, which are not NATO members. It is the largest mobilization of NATO troops since the end of the Cold War.

The location of the exercise is designed to send a message to both Russia and China. NATO Naval ships will enter the Baltic Sea, where Russian military planes fly, and be placed off the coast of Norway where they could cut off the transportation of goods between Russia and China and the European Union though the Arctic, called the Northern Passage.

Further antagonism of Russia exists in the push to expand NATO to include Ukraine and Georgia, which are both on the Russian border. The US is already conducting joint military exercises with the Ukrainian military and has stated support for adding Ukraine and Georgia to NATO despite concerns raised by NATO members France and Germany that this would be too provocative and might trigger a response from Russia. The US expanded NATO to Colombia, which borders Venezuela.

The new book, “The Russians are Coming Again,” chronicles the long history of US antagonism toward Russia. In his review of the book, Ron Ridenour points out that Russia has more to fear from the US than the US does from Russia and that historical amnesia results in successful demonization of Russia in the media. The authors write:

“Russia helps to reaffirm US national identity and visions of exceptionalism and righteousness at a time of escalating domestic crises, and helps rationalize the expansion of NATO and maintenance of huge military budgets. The result is that we are again threatened with the outbreak of a Third World War, with the United States again bearing considerable responsibility.”

Sarah Lazare points out the dangerous “Russiagate” rhetoric of the Democrats that is being used to justify their support for massive increases in military spending. Funds are included in the new budget to bolster militarization in countries along the Russian border and for more nuclear weapons. Trump’s support for withdrawal from the intermediate-range nuclear treaty with Russia could spark a new nuclear arms race. 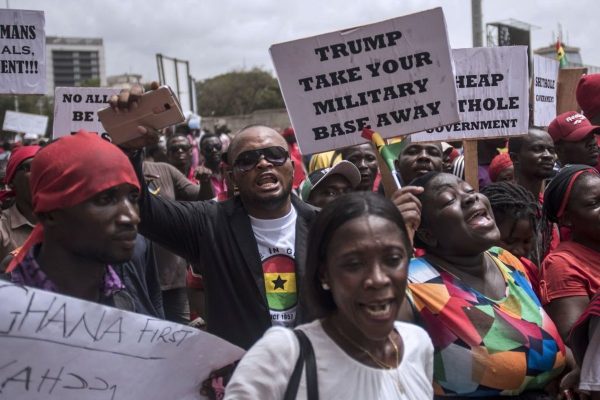 Anniversary of AFRICOM and the Murder of Gaddafi

October marks the tenth anniversary of AFRICOM (the US Africa Command) and the seventh anniversary of the murder of Libyan president Muammar Gaddafi. These are both manifestations of US imperialism. African countries are rich in resources that the United States seeks to control and to prevent China from having access to them.

Netfa Freeman, of Black Alliance for Peace, calls AFRICOM the modern colonization of Africa. Countries that sign military agreements with the US give up sovereignty over their land where the bases are located. Freeman also explains that AFRICOM exists to prevent the existence of “any independent African influence or force,” which is why Gaddafi was killed and why the US supported coups in Mali and Burkina Faso in recent years.

Black Alliance for Peace has a petition calling on the Congressional Black Caucus to investigate AFRICOM and for the closure of US bases in Africa. CLICK HERE TO SIGN IT.

We interviewed Ajamu Baraka, the national organizer for Black Alliance for Peace, about AFRICOM and why it is critical to understand and oppose US imperialism if we are to achieve peace on the Clearing the FOG podcast this week. 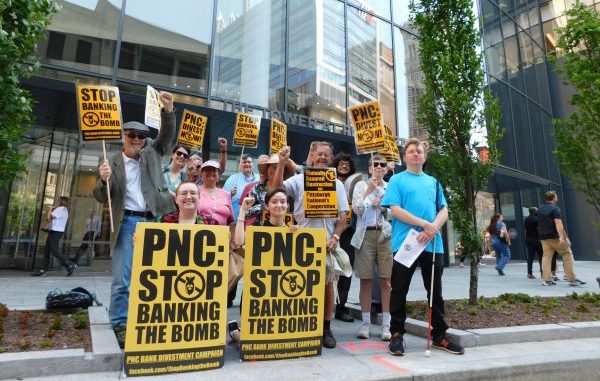 There were multiple protests against militarism this week. In addition to the Women’s March on the Pentagon, seven people were arrested protesting the drone program at Creech Air Force Base in Nevada. The Stop Banking the Bomb campaign had actions outside PNC banks in three cities to call attention to the hundreds of millions of dollars they provide in loans for corporations that make weapons. And, hundreds of students protested Henry Kissinger’s speaking event at New York University.

There are upcoming opportunities to protest and to build the anti-war, anti-imperialist movement.

November 3 – Black is Back is holding a march to the White House to protest wars in Africa.

November 9 – 11 – Full weekend of events in Washington, DC and Philadelphia. The coalition that opposed the military parade is organizing a full weekend of events including veterans occupying the VA, concerts in McPherson Square, a Peace Congress to End US Wars at Home and Abroad, a veteran and military family-led march to reclaim Armistice Day and a vigil in Philadelphia where Joe Biden will give former president Bush an award.

November 16 to 18 – No US NATO Bases conference in Dublin, Ireland.

We will participate in the No US NATO Bases conference in Ireland. Popular Resistance is a member of the No US Foreign Military Bases coalition. After that, we will head to the Netherlands to deliver a letter to the International Criminal Court calling for a full investigation of Israeli war crimes. Please sign the letter as an individual or organization. CLICK HERE TO SIGN.

On April 4, 2019, NATO will hold its 70th anniversary meeting in Washington, DC. Organizations are starting now to call for and plan actions. Here are calls to protest NATO by the United National Antiwar Coalition (UNAC) and World Beyond War, which Popular Resistance has endorsed. We will keep you updated as plans unfold.

The anti-war movement is growing at a critical time. We can reverse this path towards war and build a peace economy and a peace culture. To do that, we must recognize the many connections between militarization at home and abroad and myriad aspects of our lives from oppression of Indigenous Peoples to police violence to militarization of children to climate change and ecological destruction to capitalism, colonization and austerity. We are committed to building a movement of movements to create transformative change.