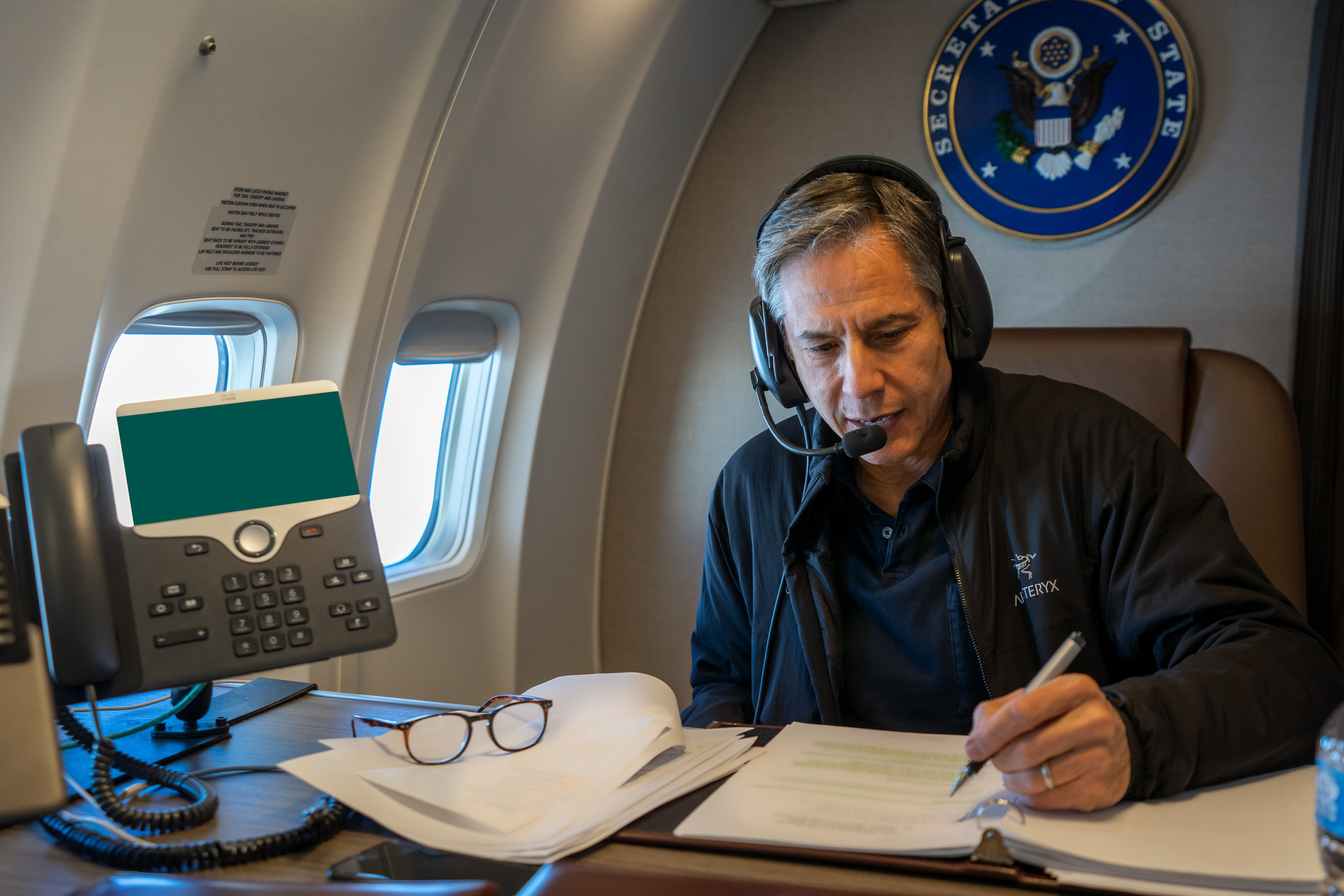 Antony Blinken has been foraging around for Russian weapons for Ukraine.

He even asked Cyprus.

Foreign policy is complicated.  There are a lot of moving parts and because human beings are making the policy, and feelings and egos are at stake, it’s that much more difficult.

Some policymakers take a long-term view, others are myopic. Couple all that with the problem that I witnessed countless times over the course of my career at the C.I.A. and at the Senate Foreign Relations Committee — the insistence of American diplomats, intelligence professionals and White House staff members that they are literally the smartest people in the world and that they know best.

“The genius of you Americans is that you never make a clear-cut stupid move.  You always make complicated stupid moves, which make the rest of us wonder at the possibility that we might be missing something.”

He was right.  But rest assured that most of the time, the moves are just plain stupid ones.

I was reminded of  Nasser’s comment two weeks ago when Secretary of State Antony Blinken announced that he would travel to Colombia, Chile and Peru to discuss “migration.”  The announcement seemed odd to me because there aren’t a huge number of Colombians, Chileans or Peruvians in the United States illegally.

None of the countries are on the “front line” of the immigration debate.  The Blinken trip made no sense.

It wasn’t until after Blinken returned that an obscure military publication gave us a hint of what the trip was about.  The Army Technology Newsletter reported that Blinken had secured a promise from the Colombians to help Ukrainian troops clear landmines.

In Peru, President Pedro Castillo agreed to push a condemnation of Russia’s invasion of Ukraine through parliament.  He declined to impose sanctions on Russia, which he said would have been a violation of international law.

But he criticized both sides in the conflict, saying that the war has cut off grain supplies to the countries and people who need it the most.

The Chileans, for their part, were happy to do whatever Blinken wanted them to do.

But that wasn’t all that Blinken was up to.  He was also interested in gauging interest in swapping out whatever Russian or old Soviet equipment those countries may have in their possession that they could send them to Ukraine and then have them replaced with state-of-the-art American munitions.

The problem the Ukrainians are facing is that American weapons are difficult to use.  They’re sophisticated and complicated.  And there just isn’t any time for Americans to train Ukrainians in how to use them.

A better idea, the administration thinks, is to just ask countries around the world that have Russian weapons to help.  It wasn’t just these three South American countries that he asked.  Blinken also asked South Africa, Finland, Cambodia, Rwanda, Mexico, the Democratic Republic of Congo and Cyprus.  Would they send their Russian weapons to Ukraine and take American weapons in return?

According to The New York Times, most of those countries said yes.  Cyprus, though, said no.  The Cyprus situation is what I was referring to at the start of this article.

Greece and Turkey are both members of NATO.  Cyprus is not.

Greece and Cyprus are members of the European Union.  Turkey is not.

In 1974, Turkey invaded Cyprus and has occupied the northern third of the island ever since.  There are 33,000 Turkish occupation troops there right now.  In 1974, Henry Kissinger, who was then both secretary of state and national security adviser, believed that the only way to stop the fighting was to impose an arms embargo on all three countries.

Greece quit NATO in protest.  The arms embargo didn’t last long.  It was lifted on Greece and Turkey in 1979 and Greece rejoined NATO.  But for reasons that have never been terribly clear, the arms embargo was maintained on Cyprus — until last month.  [A commonly cited explanation for the embargo was to support U.N.-facilitated reunification efforts for Cyprus.]

In the intervening 48 years, Cyprus developed its economy, joined the European Union and bought French and Russian weapons.  Now Tony Blinken wants them to send those Russian weapons to the Ukrainians.

The Cypriot parliament asked rhetorically last week where the United States has been for the past 48 years, while some 1,510 Cypriots are still missing and presumed dead from the Turkish invasion.

Even five American citizens are still missing from the conflict.  They told Tony Blinken that they have more pressing problems than what the nationality of Ukraine’s weapons happens to be.  They’re worried about 33,000 Turkish combat troops and daily Turkish statements that another invasion may be in the cards in the run-up to Turkish elections next year.

This is what I mean when I say that the members of the American foreign policy establishment always think they’re the smartest people in the room.  Invade Afghanistan?  Sure.  Invade Iraq?  Why not?  Carry out a proxy war on Russia?  It’s to protect freedom, right?

But in the meantime, Washington bullies its allies in South America, it pushes the Africans into the arms of the Chinese and it maintains a 48-year long arms embargo on a member of the European Union — until it needs something, that is.  They’ll likely never learn.