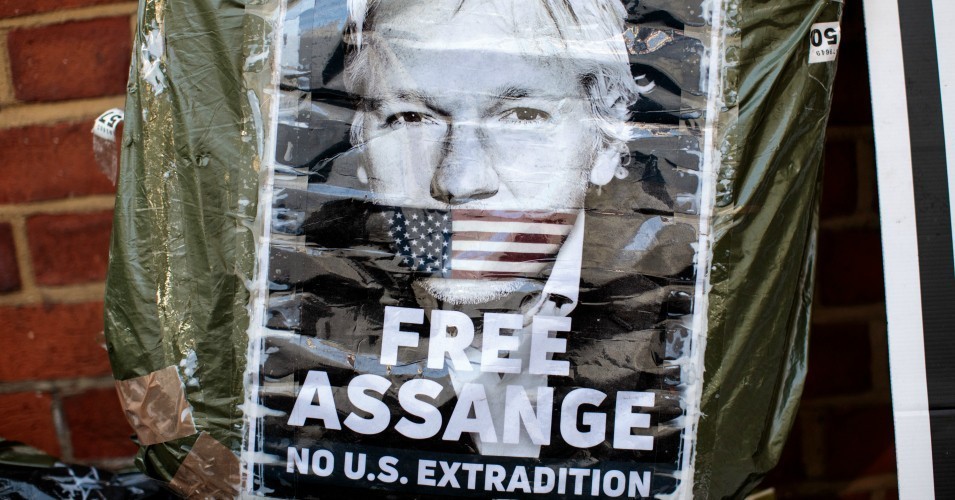 The Assange Precedent: The Spark That Lit The Fire In The War On Journalism

Above Photo: The public must engage in order to end this war on journalism. (Photo: Jack Taylor/Getty Images)

This is the most important press freedom case of the 21st century.

At the hearing on Thursday, at Westminster in London, the timetable for Julian Assange’s US extradition case was worked out. Assange’s US legal teams made an application to have the extradition hearing split. His defense lawyer, Edward Fitzgerald, emphasized to the court that they won’t be ready to call the main body of their evidence until after the first week of the hearing, which is now set to start at the end of February.

Assange has been indicted on 17 counts of espionage, for his publishing of documents concerning the US wars in Iran and Afghanistan, and torture in the Guantanamo Bay prison. During his previous hearing on Monday, January 13, his lawyer, Gareth Peirce, raised concern about Assange’s lack of access to legal counsel, making it difficult for him to adequately prepare for his defense as he faces sentences that carry prison time of up to 175 years.

Recently, new evidence has emerged showing that the CIA hired the Spanish security company, US Global, to spy on Assange inside the Ecuadorian Embassy in London, while Assange was living under political asylum. The targets of this surveillance included his lawyers, doctors and visitors. Now, three former employees of the company came forward as witnesses confirming that their then-boss, David Morales, ordered workers to install new embassy video cameras with audio recording capacity in December 2017.

Outside the court after the hearing, WikiLeaks editor-in-chief Kristinn Hrafnsson said, “We have now learnt from submissions and affidavits presented by the US… that they do not consider foreign nationals to have a First Amendment protection.” He reiterated how this is a political persecution of a journalist, and is a grave attack on press freedom worldwide.

John Reed, a representative from “Don’t Extradite Assange”, the UK-based campaign effort set up by WikiLeaks, also spoke to the press:

“If Assange is extradited he will immediately be placed under ‘Special Administrative Measures‘. That means that he will not be able to speak to the press or the public, and neither will his legal team… He will be put in a black hole …”.

He then alerted the public, “This is war on journalism. No journalism can be safe in this current prosecution. If the trial of Julian Assange is allowed to go ahead, this would happen.”

Assange’s legal team has been warning about the threat to press freedom by the US government’s judicial overreach to prosecute a foreign journalist, with their two-edged sword of denying the First Amendment protection, while applying the Espionage Act.

The established media also warned of this when the charges against Assange were first revealed in late 2018. The New York Times stated on the prosecution of WikiLeaks founder, “An indictment centering on the publication of information of public interest … would create a precedent with profound implications for press freedoms.” The Atlantic said, “If the U.S. government can prosecute the WikiLeaks editor for publishing classified material, then every media outlet is at risk”.

Now, the “Assange precedent” seems to be being quietly established. The spark of the war on journalism now has enlarged. On Tuesday, Glenn Greenwald, a journalist at The Intercept, was charged with cybercrimes in Brazil. Press-freedom groups swiftly came to his defense, condemning the Brazilian government’s act of criminalization of journalism. James Jaffer, director, knight First Amendment Institute at Columbia University pointed out the striking similarities between Greenwald’s and Assange’s case:

“Terrible to see this. The theory that journalists can be prosecuted for publishing info that others obtained unlawfully (which I assume is the theory here, notwithstanding prosecution spin) is of course the basis for the US’s indictment of Assange, too.”

As the assault on the First Amendment escalates around the globe, Assange, a prisoner of this war, remains in complete isolation in Belmarsh Prison in London. Since September 22, 2019, he has been detained solely for the purposes of the US extradition request.

The UN Special Rapporteur on Torture, Nils Melzer, has raised concerns and indicated that Assange, whose health has entered a ‘downward spiral’ inside prison, is a victim of psychological torture.

Assange’s extradition hearing is now set to proceed in two parts from the beginning of February 24, for one to two weeks and then continue further from May 18 for three more weeks. This is the most important press freedom case of the 21st century. The public must engage in order to end this war on journalism