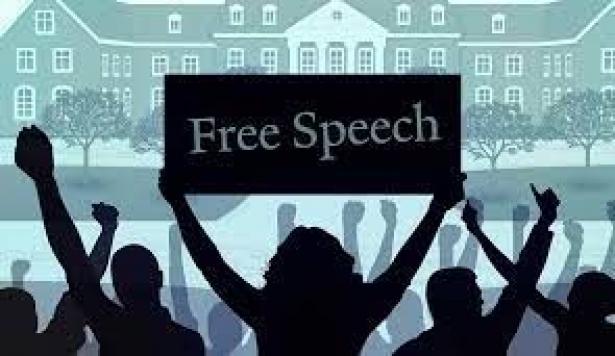 Organize where you are* and please understand a simple truth.

The widening assault on K-20 education, union rights, intellectual freedom and the First Amendment is soon coming to your back yard if it hasn’t yet arrived.

Portside is grateful to the author, Dr. Paul Ortiz, for sharing this letter to his union members with our readers. He writes:

“Individuals and groups across the United States have been asking us, “What can we do to help you folks in Florida?” Because of the strength and resiliency of our union members, we don’t need help as much as we need solidarity. Most importantly we ask you to *organize where you are* and to please understand a simple truth. The widening assault on K-20 education, union rights, intellectual freedom and the First Amendment is soon coming to your back yard if it hasn’t yet arrived.”

I am ashamed to think how easily we capitulate to badges and names, to large societies and dead institutions…. I ought to go upright and vital and speak the rude truth in all ways. – Ralph Waldo Emerson, Self-Reliance (1841)

Congratulations on completing one of the most challenging years in the history of our university. Despite the extreme stress of the global pandemic as well as numerous outside attacks on the integrity of higher education, our chapter came together, and we supported each other from start to finish. We received international gratitude for our strong stances in defense of intellectual freedom and for our work on behalf of the rights of faculty, staff, and students to work and study in safe environments.

Our union has many accomplishments to be proud of. Our Bargaining Team successfully negotiated a Collective Bargaining Agreement for 2021-2024. Our Grievance Team handled a record number of grievances on matters ranging from Critical Race Theory to workplace safety, and its skillful work was discussed in The Chronicle of Higher Education, The New York Times, The Washington Post and other leading publications.

UFF-UF’s Membership Team continued to recruit new members even as the pandemic made office visits more difficult than ever. Our members spoke out against anti-Asian racism in higher education. We assisted the efforts of campus staff to unionize, and we passed a resolution in support of the Alachua County NAACP’s efforts to bring cleaner energy to our campus.

As one local union that is part of a growing number of higher education unions that make up the United Faculty of Florida, we spoke out consistently against the efforts of some legislators to take the state back to the days of the repressive Johns Committee era.  We also joined a coalition of retired faculty, UF alumni, graduate students and others to participate in #Free UF’s spring semester teach-in on academic freedom in March.

UFF-UF has become a role model for educators’ unions across the nation. We were invited to tell our story at the Higher Education Labor United’s Winter 2022 Summit and the National Center for the Study of Collective Bargaining in Higher Education and the Professions’ Race, History & Academic Freedom Teach-In. We were interviewed by the American Association of University Professors AAUP Presents Podcast, and the Florida Education Association’s Educating from the Heart podcast among other statewide and national venues.

Even as we were in the process of submitting our final grades, year-end reports and personnel packets, we joined our voices to an important campus petition, titled “Transgender Healthcare Should be Based on Medical Best Practice, not Ideology.” This petition asserts that, “The LGBTQIA+ students, faculty, post-doctoral fellows, and staff at UF and the LGBTQIA+ children and adolescents in their families deserve state policies that respect their rights to healthcare. It is incumbent on us to speak up when academic authority is misused to facilitate state sponsored harm to children and adolescents by attacking their rights (and those of their parents) to healthcare.” Please sign this petition if you have not already done so.

Speaking as a historian, I believe that the work of UFF-UF officers, delegates, volunteers, and allies during the global pandemic will be remembered as among the finest moments of unionism this nation has ever witnessed.  Under duress and constantly bullying by forces outside of our campus, we continued to grow as a union. We also continued to support a plethora of causes that the membership believes are essential to sustaining a democratic society. I believe that UFF’s consistent and public support of academic freedom was a factor in the federal court’s preliminary injunction against UF’s repressive speech policies in January.

Our struggles are far from finished. Members of the Florida State Legislature continued their assault on the First Amendment by passing House Bill 7, the so-called “Stop Woke Act.” I have viewed the video that UF produced in response to HB7, and like you I am disturbed by its potential to chill academic freedom.  We trust that UF’s administration will interpret HB 7 as narrowly as possible, and that they will work with us to ensure that academic freedom and the mission of our university is protected.  Meanwhile, our chapter is working with UFF and other affiliates to determine how to best respond to this and other assaults from Tallahassee. This battle is far from over. In a recent editorial in response to governmental overreach in education, the Gainesville Sun wrote: “University of Florida alumni and students need to push back against political interference in university operations if they want to protect the value of their degrees.” We have already been contacted by a wide variety of groups across the political spectrum who agree that the “Stop Woke Act” is an egregious violation of the First Amendment to the United States Constitution. HB7 is an election-year ploy that is already on life-support.

I have taught, written, and received grants on subjects including the intersections of African American and Latinx history as well as racism, colonialism, and the Holocaust for over twenty years in my capacity as a university professor. I am currently finishing an essay for a peer-reviewed journal on the 1920 Ocoee, Florida Election Day Massacre, an event that the state of Florida now requires all 67 school districts to teach about.

Unfortunately, some very powerful interests in our society do not want the citizenry to learn our history or about ways to bridge the divisions that continue to plague our nation. (Historically speaking, undemocratic governments find it easier to manage a divided population than a united one.)  My book An African American and Latinx History of the United States, **along with other authors’ books on gender and sexuality, have been banned in states where authoritarianism is on the rise.  Fortunately, community organizations are beginning to Push Back against this repression.

As a classroom instructor, I am not going to allow HB 7 from offering my students the best, most advanced scholarship on racism, inequality, and related fields. HB 7 will have zero impact on my research, public speaking, or on my syllabi, lesson plans— or my approach to teaching critical thinking skills in these areas. In the fall, I am teaching my African Diaspora in the Americas class, a course I have taught since I was an assistant professor. I invite Governor Ron DeSantis to audit or to visit my class anytime he is back in Florida. One caveat: the class requires a ton of reading, Mr. Governor!

I am continuing with the teaching strategies I learned from my graduate school mentors at Duke because they work. My former students have achieved success at the highest levels. They have matriculated to law schools including Harvard, Georgetown, and the University of Pennsylvania because they have received outstanding training in critical race theory at the University of Florida. Our former students include doctors, teachers, and entrepreneurs who work in minority and immigrant communities because somewhere along the way a professor or a teacher taught them ways to address systemic racism.

Many of our alumni pursue careers as police officers, principals, labor organizers and social workers because a resourceful instructor or two replaced the cynicism of pop culture with the values of intellectual inquiry and moral responsibility that the Rev. Martin Luther King Jr. believed were needed make equality for all a possibility, and not a pipe dream.

We cannot allow ourselves to be driven by the politics of fear back to a time when discussions of racism, anti-Semitism, sexism, and other forms of oppression were silenced to maintain the power of white supremacy, one-party rule, and Black disenfranchisement in places like Florida, a state that suffered the highest per capita rate of lynching in the United States for over six decades.

As a predominantly white land-grand institution that benefited from the massive expropriation (theft) of land from Native Americans as well as the labor of enslaved African Americans to establish our university’s foundations in 1853, the University of Florida has a special responsibility to forthrightly deal with issues of race and inequality; this is not a matter of pointing fingers, it is a matter of simple justice. I am not going to allow any fearmonger or tyrant prevent me from pursuing what Emerson called the “rude truths” in US history.

Speaking for myself, I would sooner resign from the University of Florida than betray the trust that victims of racial terrorism in Ocoee, Holocaust survivors or men who endured the Bataan Death March in WWII have placed in me as an oral historian to share their stories with the public, regardless of how disturbing these stories are or how they might make others feel.

Thanks to Article Ten of our Collective Bargaining Contract, “Academic Freedom and Responsibility,” I don’t have to make such a difficult decision. My right to pursue my research, teaching, and service is guaranteed within the parameters of rigorous, academic practice and labor law. Being a union member allows me to strive to be the kind of intellectual that pursues Emerson’s “rude truths” wherever my research takes me. Being a member of the United Faculty of Florida allowed me to freely provide research support to the legislative team that created the Ocoee Massacre remembrance bill—HB 1213—a bill that Governor Ron DeSantis signed last year.

While we are awaiting further guidance from UFF statewide, our Membership team is beginning to organize an informational town hall for later in the month of May to specifically address next steps in response to HB7 and other measures that threaten to severely degrade higher education in the Sunshine State for our students and our communities. Our statewide president, Andrew Gothard has pledged to join us for this event. Please be on the lookout for further details.