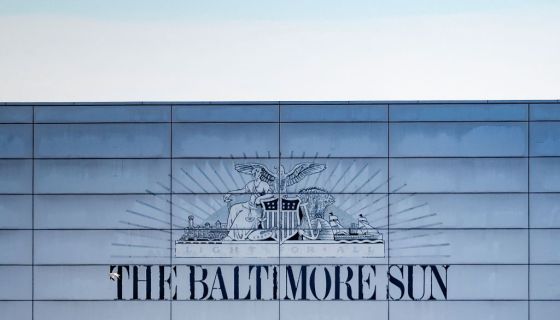 The Baltimore Sun Publicly Acknowledges Its Racist Past

The Newspaper Apologized For The Multiple Ways It Upheld Racism In The Past ‘That Treated African Americans As Lesser Than’ White People.

Being a respected news outlet comes with much responsibility, especially one that heavily covers race relations — take it from us!

One of the longest-running publications that also happens to serve a predominately Black audience is the Baltimore Sun, and it recently drew public attention to a past history of racism that’s gone ignored for the newspaper’s entire 185 years in print. That is, until now.

Lifting the paywall that usually requires readers to subscribe to read online articles, the Baltimore Sun editorial board released a lengthy apology in article form last week to call out its own legacy rooted in its founder, Arunah S. Abell.

Here’s an excerpt from the opening paragraph of the Baltimore Sun‘s explanation below:

“The newspaper’s founder, Arunah S. Abell, is credited with bringing affordable and independent journalism to everyday citizens in Baltimore, beginning in 1837, at a time when newspapers were focused on moneyed, merchant classes and special interests. But like others in this country during that time, Abell was a Southern sympathizer who supported slavery and segregation. And this newspaper, which grew prosperous and powerful in the years leading up to the Civil War and beyond, reinforced policies and practices that treated African Americans as lesser than their white counterparts — restricting their prospects, silencing their voices, ignoring their stories and erasing their humanity.

Instead of using its platforms, which at times included both a morning and evening newspaper, to question and strike down racism, The Baltimore Sun frequently employed prejudice as a tool of the times. It fed the fear and anxiety of white readers with stereotypes and caricatures that reinforced their erroneous beliefs about Black Americans.”

The apology goes on to actually list a handful of ways the newspaper upheld racism in the past, including classified ads selling enslaved people or offering rewards for their return during the 1800s, promoting the “exclusion of the ignorant and thriftless negro vote” in the 1900s, failing to hire any Black journalists before 1950 and an overall failure to feature Black residents in more positive stories not relating to poverty and/or crime, just to name a few.

Although quite long, we definitely suggest everyone go take a good look and read the Baltimore Sun‘s feature article in its entirety. Not only is it an eye-opening piece, but it also sparks the question of whether it was the only news outlet committing these century-spanning offenses. Our guess? Absolutely not.