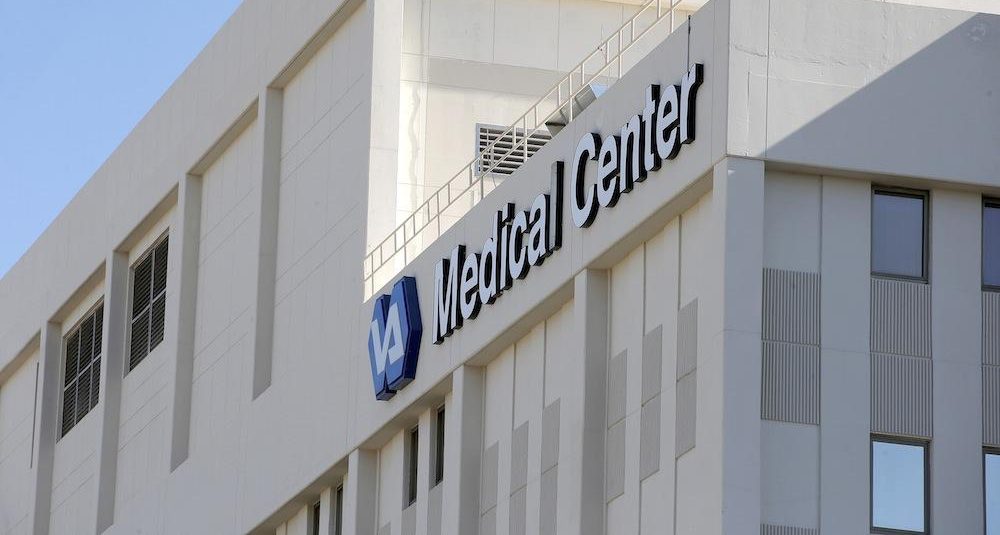 The Best Health System To React To COVID-19

Despite years of underfunding and attempted privatization, the publicly run Veterans Health Administration has a mission to respond to national emergencies, and the expertise to do so.

As the coronavirus surges through America, the country’s only national health care system—the Veterans Health Administration (VHA)—is facing a massive test. The agency must simultaneously treat its vulnerable population of nine million patients, while preparing to fulfill its so-called “fourth mission,” which is to help respond to national emergencies and pandemics.

For years, the VHA has been unfairly cast in the press and in Congress as a failing institution, even as its care has consistently outperformed the private sector on key metrics. In recent years, the VHA has developed unique and necessary tools that could play a critically helpful role in containing this public health crisis.

Yet this work could be greatly complicated by the outright neglect and hostility from the Trump administration and Veterans Affairs Secretary Robert Wilkie. Together, they have overseen an unprecedented privatization push through the VA MISSION Act of 2018; failed to fully fund the agency; done virtually nothing to fill 44,000 health care vacancies; and refused to install a permanent deputy undersecretary of health.

In late February, when lawmakers asked whether VA needed more resources to fight COVID-19, Wilkie said no, even as his department had yet to lay out a comprehensive plan for addressing the crisis. Now, as the infection rate in the civilian world skyrockets and roughly 50 veteran-patients have tested positive, Wilkie has continued to be tight-lipped on how he’s handling the crisis.

The few public signs of his intentions and competence are not encouraging, but one quiet action is ominous: deleting from the VA website any mention of the department’s credo of caring for civilians in times of crisis. Earlier this week, with a dozen VA employees having tested positive for the virus, five public sector unions urged agency leaders to institute better plans and protocols to protect staff, let alone patients in its care.

Despite deep dysfunction at the leadership level, clinical staff across the country are revving into high gear as they continue to work in a system that is more compassionate and comprehensive than the private sector. And while this pandemic will not be easy to contend with, the department has a long track record of responding effectively to emergencies, including in Puerto Rico during and after Hurricane Maria. For a time, the VA hospital was the only functioning facility on the island. The VHA has also recently assisted during the California wildfires, in the wake of volcano eruptions in Hawaii, and after the Pulse Nightclub shooting in Florida.

As a highly coordinated, non-profit, mission-driven system, the VHA can act without the considerations or complications of private sector, fee-for-service systems. Clinicians face no worries about loss of revenue and can therefore quickly shift staff to more pressing needs.

“I feel very lucky to be working in the VA today,” one VHA hospital chief of staff told the Prospect. “I’m already on a hair trigger to cancel total knee replacements or other elective surgeries. When I talk to colleagues in the for-profit sector, they are much more reluctant to do this because they will lose money.”

Hugh Foy, professor emeritus of surgery at the University of Washington, agreed. “The VA can react more nimbly now because it’s not profit driven.”  Former VA Secretary David Shulkin, who served under presidents Obama and Trump, said he saw tremendous consolidation and contraction in his private sector health care work, all in the name of profit.

“Folks in the department have seriously and professionally embraced this fourth mission,” he told the Prospect. “The VA can and does lend an important hand when a national tragedy or crisis plays out.”

Because the VHA is a highly coordinated system, agency staff have begun rejiggering its supply chain to get necessary equipment to hospitals in hardest hit areas, and have started setting up command centers to assist with this national emergency. The department is ready to contribute 16,5000 acute care beds, 1,000 isolation rooms, 3,000 ventilators, six mobile nutrition units capable of churning out 1,200 meals a day, 12 mobile command units, and a network of nearly 4,000 deployable volunteers known as Disaster Emergency Medical Personnel.

Already, VHA staff have embedded with the Centers for Disease Control and are largely running the country’s 65 emergency coordinating centers. The department has also deployed nurses to screen American soldiers coming home; built a website landing page to inform veterans of updates through the crisis; restricted non-essential hospital visits across the country; and instituted strong protective measures at their nursing homes, which are much better staffed and safer than their private sector counterparts.

The VHA has also ramped up remote care to less serious cases through its globally recognized telehealth program. VA telehealth includes a tele-ICU program which could help with the delivery of care to critically-ill patients when doctors and nurses are quarantined. Another benefit is the VA’s centralized electronic health records, which ensure that if patients move from one clinic to another, doctors know what they’ve been tested for, and can continue to build on their care plan. This reduces duplicative testing and redundant evaluations at a moment when time is of the essence and we cannot afford to overburden already taxed health care systems.

On Wednesday, Secretary Wilkie came out of the woodwork to express the department’s readiness to help in the crisis, and the White House requested $13 billion to support VHA care. Wilkie said the department has greatly scaled back routine appointments and developed 2,000 coronavirus tests to assist moving forward. “We are gaming out emergency preparedness scenarios and we stand ready when the president needs us to expand our mission,” he said.

As this crisis unfolds over the next weeks and months, we will all learn a lot about the problems and promises of America’s health care system and even more about the wisdom of undermining government programs like the VHA, on which we now all depend.