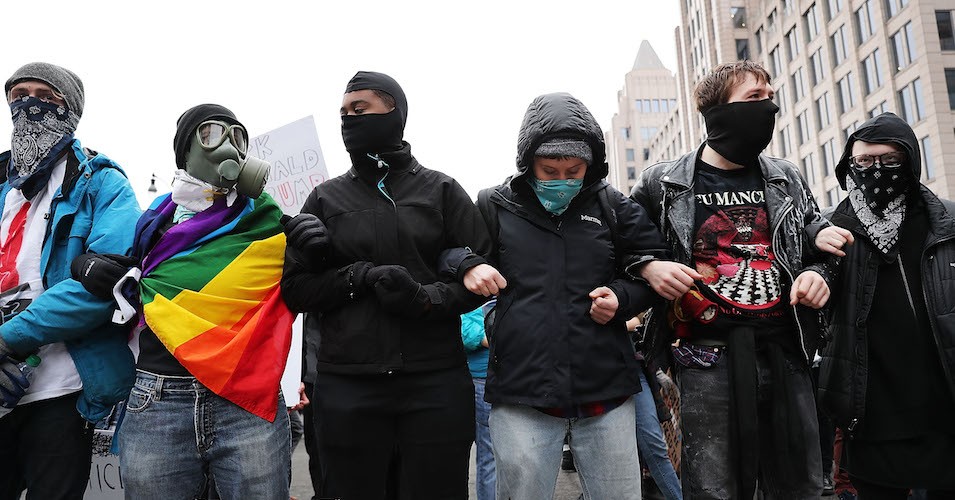 ‘The Case Is Finally Over’: Charges Dropped Against All Remaining J20 Defendants

“If you did not take a plea, your charges cannot come back,” said one former defendant. “Which shows the strength of collective defense.”

Charges against the remaining J20 protesters with no plea deals who were awaiting trial were dropped Friday with prejudice—meaning proscecutors can’t try them again for the 2017 protest.

Hundreds of anti-Trump protesters were arrested on Jan. 20, 2017, for protesting the inauguration of President Donald Trump. The prosecution of the group—using felony charges against protesters and journalists—has been criticized by rights groups and failed miserably in court. Friday’s ruling by D.C. Superior Court Chief Judge Robert Morin, which ordered the charges dropped with prejudice, shuts the door completely on the case.

Some good news: after first being dropped last summer, it became official today that charges against #J20 defendants will never return! https://t.co/ZJLyMM6EDl

In a brief interview with Common Dreams, former J20 defendant Dylan Petrohilos said that the dismissal affected every defendant save those whose cases had already gone to trial and those who took plea deals.

“If you did not take a plea, your charges cannot come back,” said Petrohilos. “Which shows the strength of collective defense.”

“Minus pleas, trials, no one’s charges can be brought back,” Petrohilos said.

Writer Ella Fassler, another  defendant, took to Twitter to celebrate the dismissal.

Judge Morin just ruled all J20 charges FULLY dropped. For those of us who were still facing charges without prejudice it’s relieving to know they’ll never be brought against us again :’) #DefendJ20

“The case is finally over,” tweeted the DC Media Group.

More than 2 years after mass arrest on Inauguration Day, charges against #J20 defendants dismissed with prejudice. The case is finally over. https://t.co/Y6JSffIwEz

In an interview with Common Dreams, Sam Menefee-Libey, member of the DC Legal Posse, said that the group welcomed the decision but there’s still work to be done.

“We’re glad the court came to their senses,” said Menefee-Libey. “We will keep pushing for accountability for both the Metropolitan Police Department and the US Attorney’s office.”