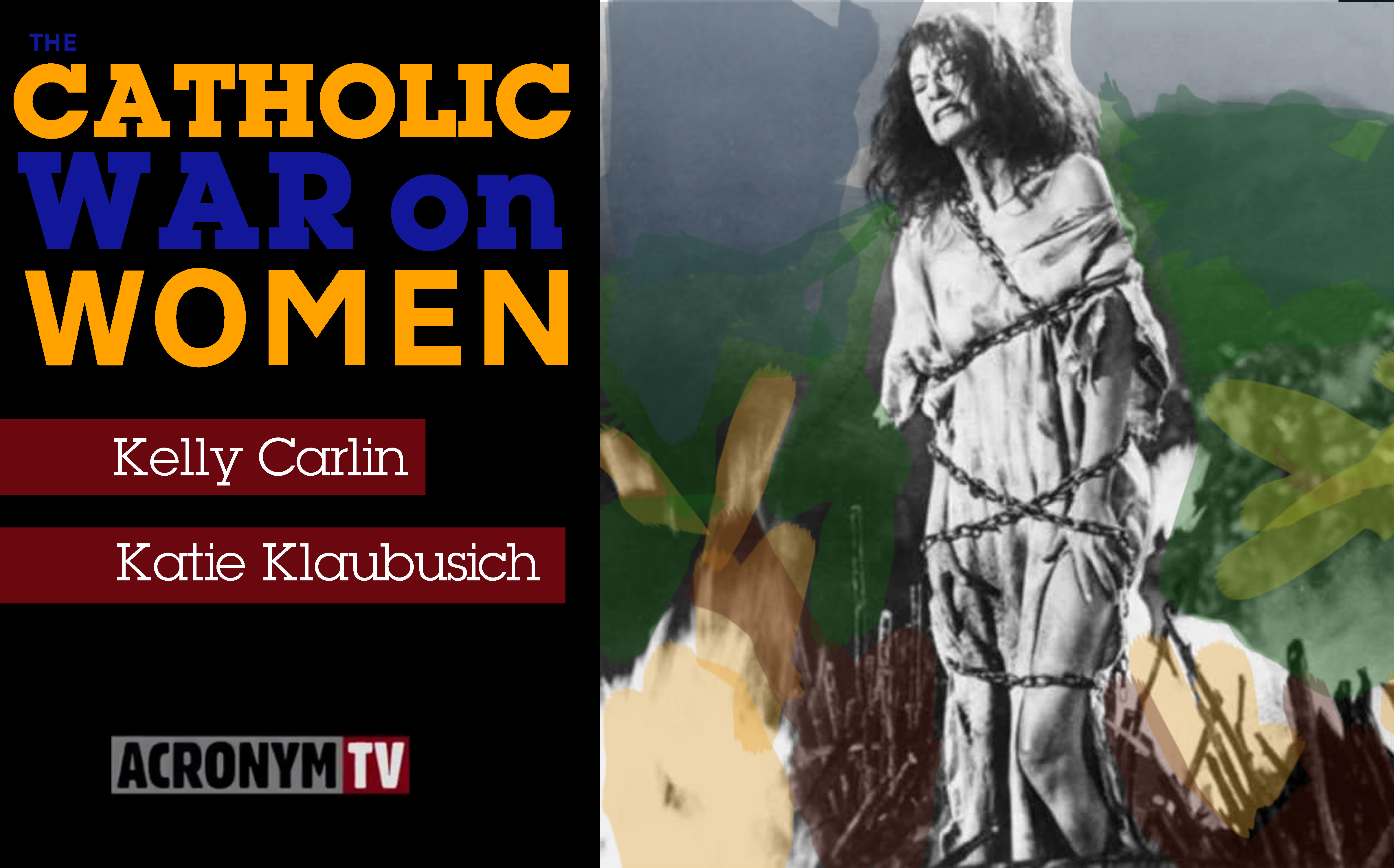 DISCUSSED: Abortion, Pope Francis, Patriarchy, Does the choice movement need an “it gets better” campaign to empower women to not hide/ apologize about their abortions?, Roe v. Wade, Clinic defenders, Abortion stories, How the Bible teaches women to abort unwanted pregnancy, Bad Choices, Being a target of a pro-life “wanted” poster, Abortion as a local issue, Single women who love sex and don’t want babies.

Kelly Carlin frames her experience of being a woman in the current cultural and political climate in the following way: “The bottom line is, as a woman, I don’t feel safe in the world. I feel like an object. I feel like I could be raped or beaten at any moment. And I feel like I don’t have real control over my destiny and my future. And I have to feel ashamed of my body and who I am. If I could wake up and know that my culture no longer thought those things about me, the world would be such an incredible place because women could actually feel the power they have to help solve the problems that this planet is facing right now.”

Katie Klabusich relates her harrowing experience as a target of a “Wanted Poster” campaign from the Pro-Life Action League. “They decided for Lent this year to put together an Internet meme asking people to pray for (three people): me, (and also) an abortion doctor, and a pro-choice journalist. They put the three of us, with our names, cities, where we work, etc., (and published) it in the blog post and told people to ‘pray’ for us.” This was a major concern because, as Katie says,” the anti-choice movement has used wanted posters to kill people. It has lead to assassinations.”

About the Guests |
Kelly Carlin hosts a weekly podcast entitled Waking from the American Dream and her recent one woman show, A Carlin Home Companion, sold out around the country while generating rave reviews. She holds a master’s degree in Jungian Depth Psychology, but, according to her bio, her desire to be on a stage and yell the word “fuck” kept gnawing at her, and so she decided to follow the call of the stage once again. You can find out more at TheKellyCarlinSite.com

Katie Klabusich contributes regularly to a number of radio programs, podcasts and TV/internet video broadcasts. She is an award-winning social media director, fundraiser and community-builder as well as the Activism Director/Segment Writer at The Best of the Left Podcast. She is also a dedicated activist who helps establish clinic defense escort programs, providing logistical and moral support to reproductive access groups. Her website is KatieSpeak.com.

ABOUT ACRONYM TV with Dennis Trainor, Jr.  Dennis Trainor, Jr. hosts Acronym TV, a weekly series of dialogue, conversation and debate with the goal of helping viewers sort through these transformative times through the insight of leading activists, artists, journalists, philosophers, scholars, and thinkers.

Acronym TV is available at AcronymTV.com and on Free Speech TV.