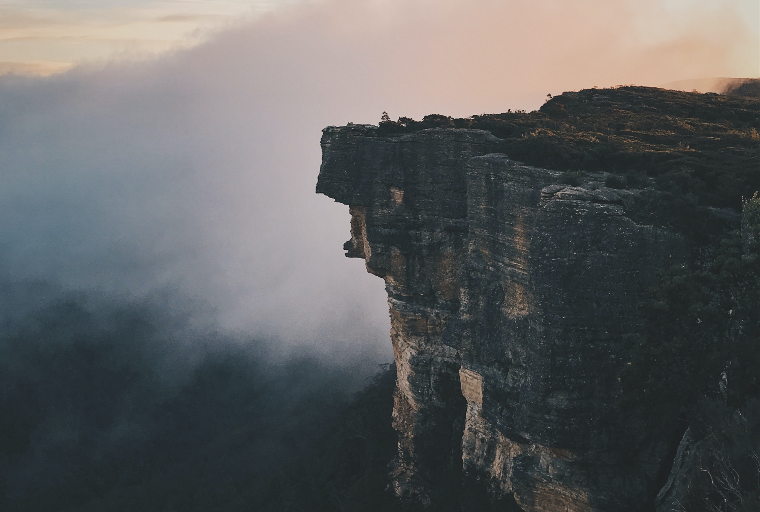 Above Photo: Billy Pasco on Unsplash.

Climate change is only one symptom of a broader ecological crisis; the rapid loss of wild life is equally critical. Most species other than humans and our livestock, (and pets and pests) have had horrifying drops in population within the last 70 years or so, even if they are not yet threatened with extinction. We and our livestock are now 96% of the mass of land vertebrates, leaving all wild creatures together to comprise a mere 4%. At this rate within another generation there may be virtually nothing left but us and our coterie—and we would not survive that, as we depend on a network of life more complex than we can imagine. We’re also seeing the oceans acidifying, filling with plastic and toxins, and warming; topsoil depleted, rivers and aquifers running dry; and the proliferation of nuclear weapons and power plants leaving sites potentially dangerous for thousands or even millions of years. Various toxins are infiltrating our water, our food and our bodies.

All these threats are related—there are simply too many humans, and the richest segment are consuming and wasting too much per capita. Solutions to climate change will generally solve the other environmental problems as well. Real solutions that is, not the magic tricks of entrenched industrial interests, the dependence on technical breakthroughs unlikely to happen…the greenwashing. Real solutions involve drastic change in the lifestyles of we who live in the “developed” nations.

How drastic? That’s the crux of this essay. We’re caught in an energy trap, the consequences of which keep building. If we had taken sensible and responsible steps when the first signs of depletion and overshoot became apparent around 1980, we could probably have transitioned in the way many proponents of a Green New Deal imagine: continuing with our way of life with solar and wind power replacing fossil fuels, along with gradual deployment of increased efficiency. But we didn’t. Instead we spent the next 20 years arguing about whether climate change was real, and only ramping up our energy use, our emissions, and other pollution.

If we had decided to act when it became irrefutable that climate change was real and beginning to bite, in the first years of this century, our trajectory would have needed to be steeper to avert serious effects from climate change. Yes, we’d seen efficiency gains in those two decades, but they were cancelled by Jevon’s Paradox (in which efficiency leads to increased resource use as the resource becomes cheaper). Our population continued increasing in those years, as did our per capita footprint —at least in the rich world (inequality ramped up too).

Two more decades have passed. The arguments over whether climate change is real have abated, but our politicians continue to do nothing substantive—there is some “blah blah blah,” and a whole lot of false solutions and greenwashing, but the only real solutions are unacceptable to the political elite: phasing out fossil fuels, ending deforestation, converting to ecoagricultural methods, and degrowing the economy. We also need to end militarism and imperialism and instead work cooperatively with people everywhere.

There are huge problems with all the much-hyped technical solutions. And even the Green New Deal-type approach, which would have worked well if implemented in 1980, is no longer a real answer. Building and installing enough windmills and solar panels (and batteries) to replace our current gargantuan fossil fuel (and nuclear) energy system would necessitate a great deal of destructive mining, and so much energy–which would have to come from fossil fuels–that it would cause a very dangerous spike in emissions. And if we don’t face the fact that we must end economic growth…then even if such a transition were somehow successful it would soon be swamped by the growth of remaining emissions.

Picture a graph with a curve showing the rate at which we must reduce fossil fuel use over the next few decades. If we’d started in 1980 it could have been a gentle slope. If we started in 2000 it would have had to be a steeper drop. Now we’re approaching the cliff. To avert catastrophic climate change—it’s too late to avert severe effects, no matter what we do, but to avoid catastrophic effects, that cause the deaths of billions of humans, massive refugee waves, the breakdown of civilization—we would need to not only stick to the current demand of “no new fossil fuel projects”—more honestly, we’d need to quickly terminate even existing fossil fuel projects. We could install somewhat more solar and wind energy, but we can’t replace the entire fossil fuel infrastructure with renewable replacements.

I suspect that one reason there has been so little effort to move toward real solutions over the 30 years or so that this has been a recognized problem, is that as time passes and the powerful continue to kick the can down the road, the sacrifices that would be demanded once we finally do face the problems honestly, get more and more extreme. Thus the temptation to kick that can yet again, leaving the sacrifice and the unpopularity with the voters that would ensue, to the next coterie of office-holders. Leaving the bill to future generations—a bill not in financial terms but in trying to survive on Planet Hell, where the issues are not the price of gas and the security of the paycheck, but whether to kill the refugees swarming in from a now uninhabitable place, desperate for survival…and how to stay warm through a winter and keep your kids fed. Currently the impacts of climate change in particular are becoming harder to ignore, so pressure to act has increased—but it’s still easier to put out propaganda about glittering, if imaginary, technical fixes and magical silver bullets right around the corner, than to face up to the crisis we’ve brought on ourselves. Thus any solution must come bottom up from ordinary people making the lifestyle changes governments should be directing, prefiguring the world we want to live in…and creating community in the process.