The Companies Behind The Burning Of The Amazon

The burning of the Amazon and the darkening of skies from Sao Paulo, Brazil, to Santa Cruz, Bolivia, have captured the world’s conscience. Much of the blame for the fires has rightly fallen on Brazilian President Jair Bolsonaro for directly encouraging the burning of forests and the seizure of Indigenous Peoples’ lands.

But the incentive for the destruction comes from large-scale international meat and soy animal feed companies like JBS and Cargill, and the global brands like Stop & Shop, Costco, McDonald’s, Walmart/Asda, and Sysco that buy from them and sell to the public. It is these companies that are creating the international demand that finances the fires and deforestation.

The transnational nature of their impact can be seen in the current crisis. Their destruction is not confined to Brazil. Just over the border, in the Bolivian Amazon, 2.5 million acres have burned, largely to clear land for new cattle and soy animal feed plantations, in just a few weeks. Paraguay is experiencing similar devastation.

New maps and analysis from Mighty Earth, based on data from NASA, CONAB, and Imazon and released here for the first time, show which companies are most closely linked to the burning: 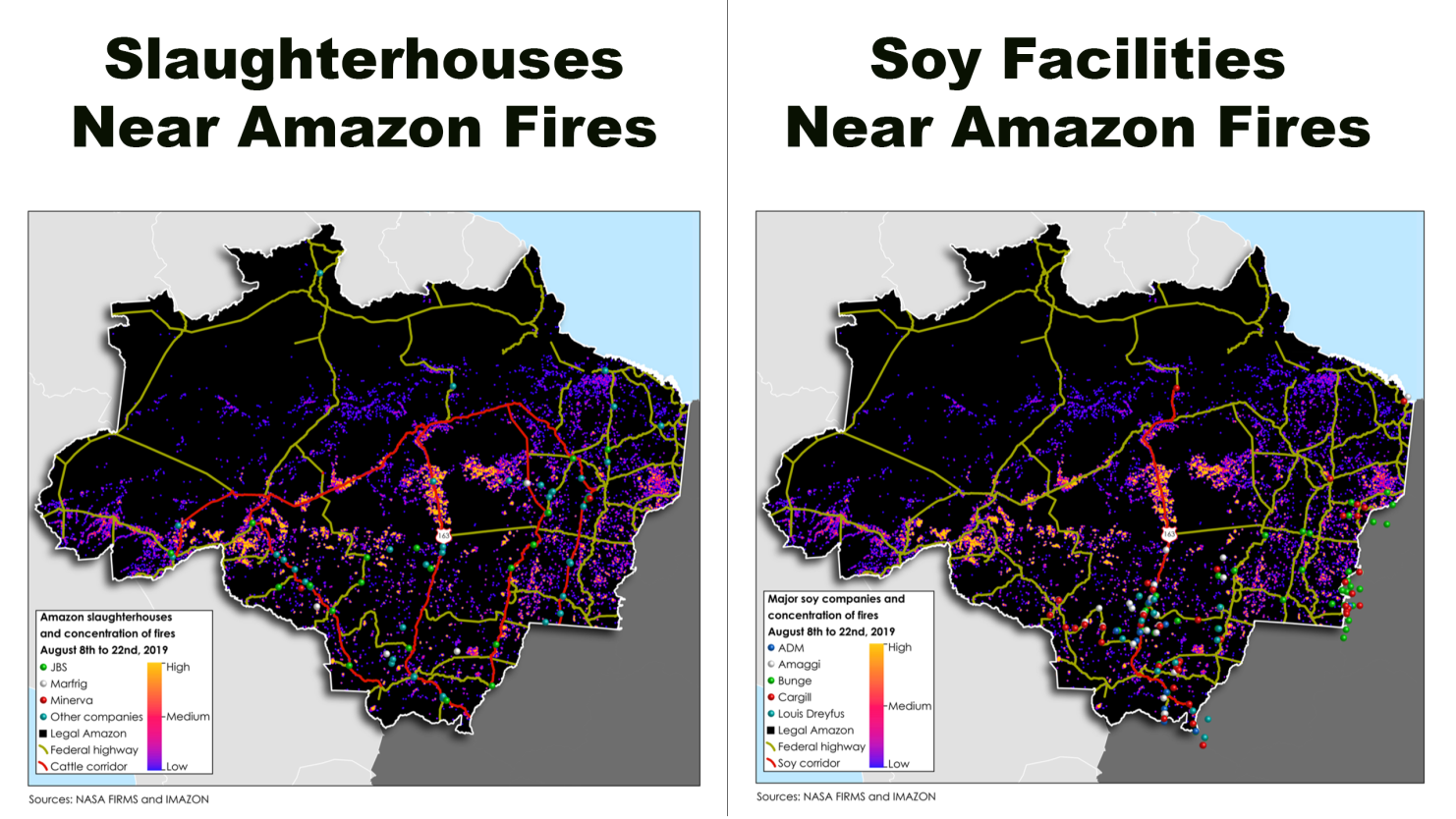 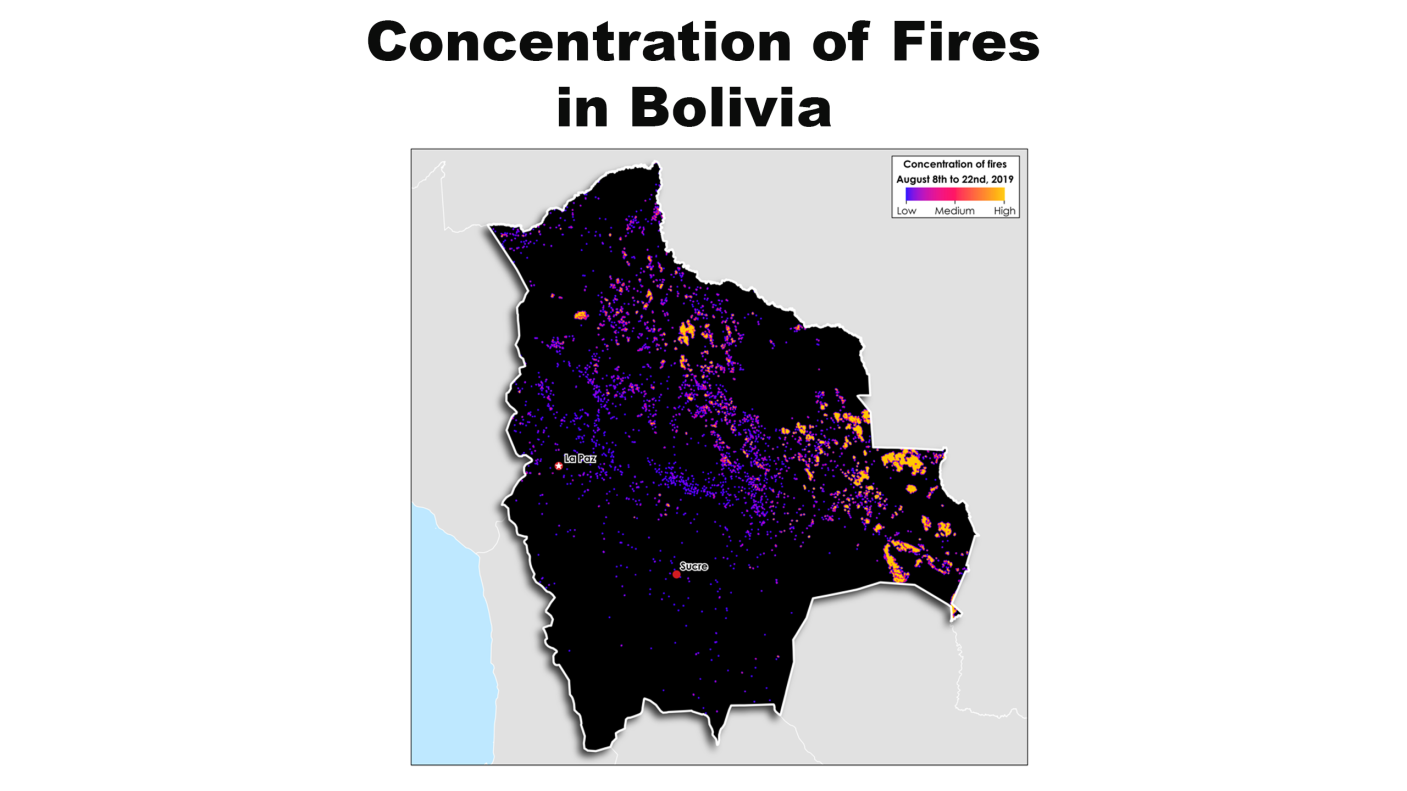 Both domestic and international demand for beef and leather has fueled the rapid expansion of the cattle industry into the Amazon. From 1993 to 2013, the cattle herd in the Amazon expanded by almost 200%  reaching 60 million head of cattle. While deforestation for cattle had been reduced thanks to both private sector and government action, the new wave of deforestation this year shows that the large international beef and leather companies and their customers and financiers continue to create markets for deforestation-based cattle.

The effects of this demand can be seen in the clustering of deforestation near slaughterhouses and roads that have access to slaughterhouses. The company most exposed to deforestation risk in the maps above is JBS,  both Brazil’s largest meatpacker, and the world’s largest meat company. JBS, like other major Brazilian meatpackers signed the 2009 Cattle Moratorium, pledging not to buy beef from cattle connected to deforestation. However,  investigations by government and NGOs have repeatedly found serious violations by JBS, including through laundering cattle.

These scandals reached their apotheosis with the Cold Meat (Carne Fria) scandal in 2017, in which the Brazilian government enforcement agencies produced extensive evidence showing that JBS was sourcing cattle from protected areas.  This and other investigations found that JBS violated both government and its own policies by buying laundered cattle that had been raised in areas linked to deforestation and then transported to “clean ranches” to evade the requirements. The two brothers who control the company were imprisoned for their role in corruption scandals in Brazil. 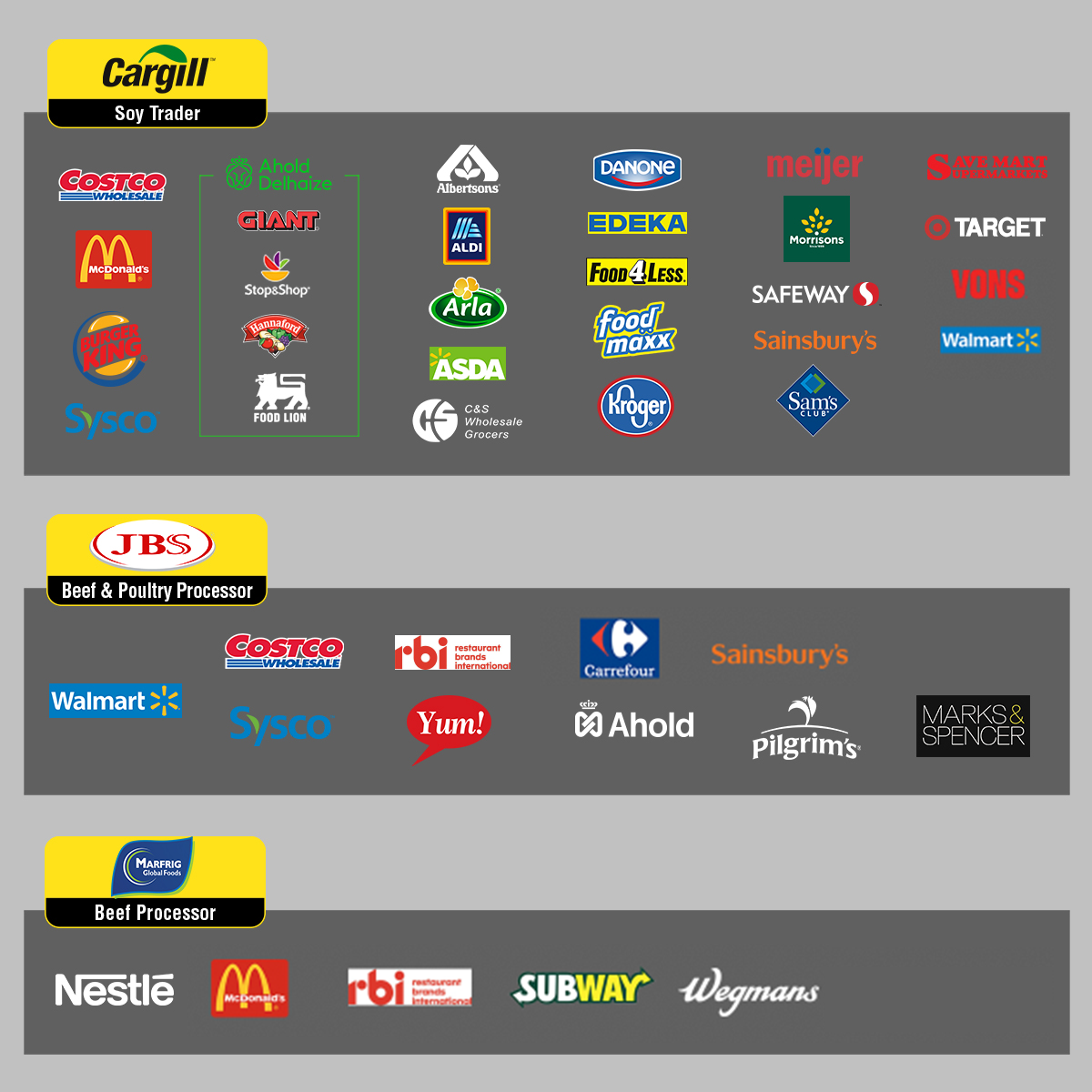 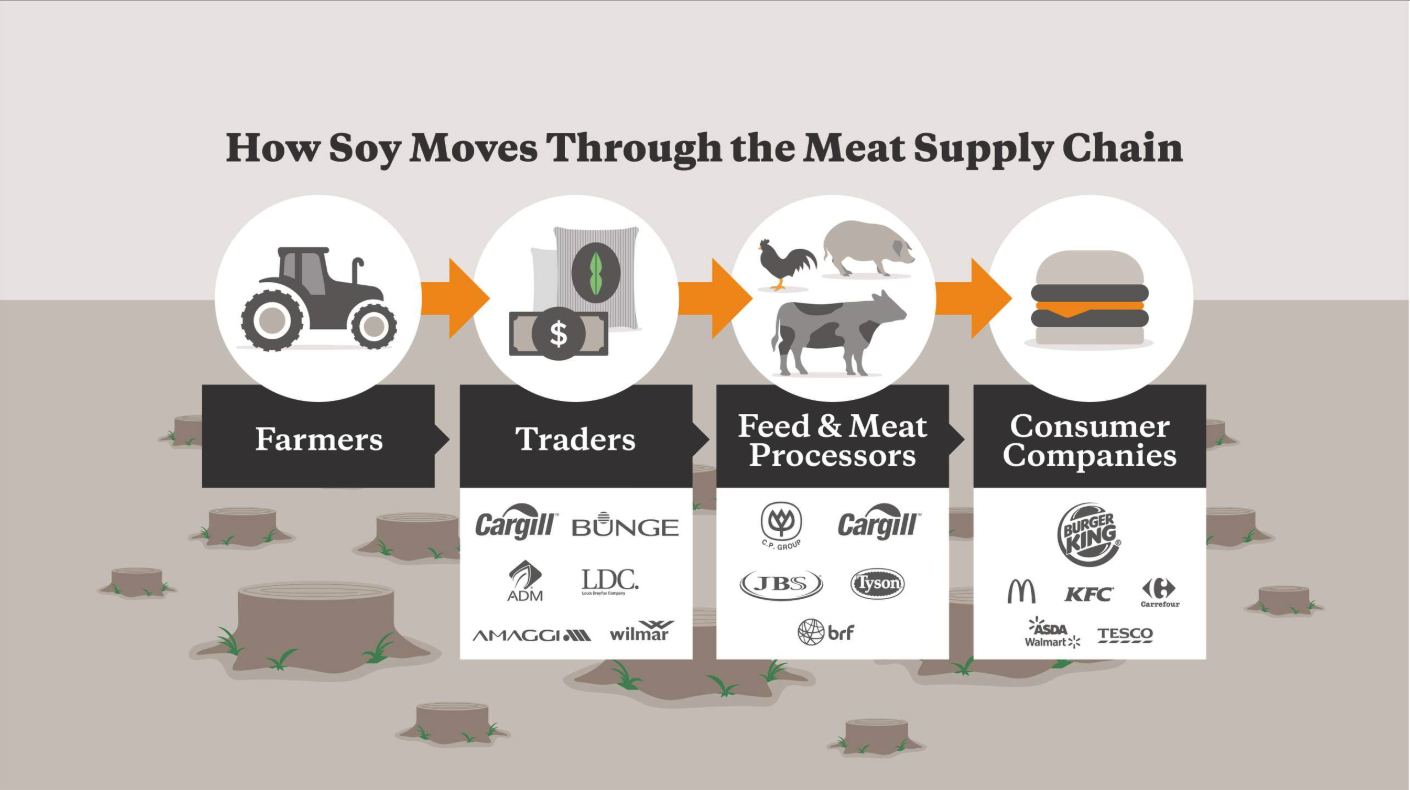