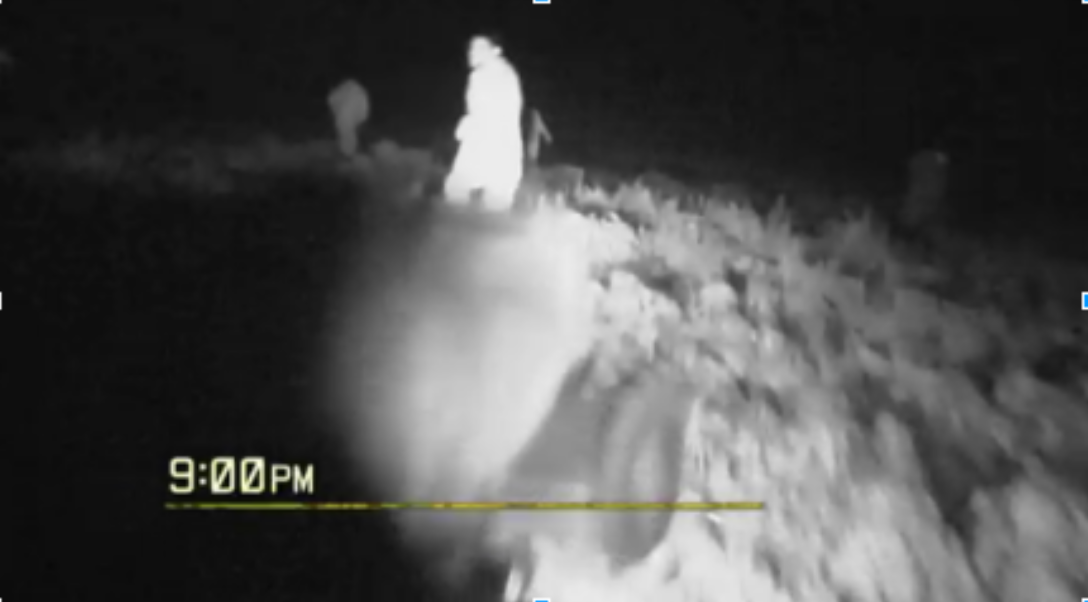 The Consequences Of Chase & Scatter In The Wilderness

On the night of March 6, 2015, José Cesario Aguilar Esparza and his two nephews were crossing through the US–Mexico borderlands in the desert southeast of Ajo, Arizona when US Border Patrol agents detected their group and began chasing them. During the chase the three men became separated; Border Patrol agents arrested two of them, but José Cesario was unaccounted for. Later, it was discovered that he had fallen off a nearly two-hundred-foot cliff and died.

The death of José Cesario is not an aberration. Our report finds that the US Border Patrol routinely chases people, causing them to scatter, and directly contributing to their disappearance and/or death.

Since the mid-1990s, the US Border Patrol’s policy of Prevention Through Deterrence has intentionally pushed migration into increasingly remote corridors in the Southwest borderlands. This policy has turned the natural landscape into a lethal weapon that injures, kills, and disappears border crossers. Our report shines a light on the deadly practices that characterize enforcement in these hostile wilderness areas. The result: thousands of known deaths of undocumented border crossers, and an even greater number of disappearances—a crisis that has received far less attention. These individuals do not simply go missing, they are disappeared as part of a violent and deadly border-enforcement strategy carried out by the US government.

Despite the clear and mortal harms that Border Patrol practices inflict on human beings, the federal government does not publicly recognize the principal role of its enforcement activities in engineering this large-scale human catastrophe. Additionally, despite recent public-relations efforts to cast the Border Patrol in a humanitarian light, there is no indication on-the-ground that the agency is taking any meaningful steps to curb or eliminate the cruel enforcement practices documented in this report.

This report draws on two data sources. The first is the 544 cases collected by the Coalición de Derechos Humanos’s Missing Migrant Crisis Line in 2015. We supplemented this data by surveying 58 people who had attempted to cross the US–Mexico border at least once within the last five years.

In the 58 interviews our survey team conducted, 67 instances of chase by Border Patrol agents in the wilderness have been documented.

Someone was injured by elements of the landscape in 41% of these chases (27 out of 66). The injuries included broken limbs, lacerations, sprained joints, and blisters. Such injuries, including some that under normal circumstances would count as minor, can be fatal when suffered in remote wilderness areas.

Border crossers were injured by arresting agents in 18% of the chases documented (12 out of 66). It is routine for US Border Patrol agents to use excessive force against border crossers in remote areas, especially during apprehension attempts involving chase. Tactics used during chase include tackles, dog attacks, tasing of fleeing suspects, beatings upon arrest, and assault with vehicles. Due to the Border Patrol’s reputation for violence against border crossers (including beatings, rapes, and shootings), those who encounter agents are prone to scatter even if they are disoriented, exhausted, or medically compromised.

Someone became lost to the surrounding wilderness in 42% of the chases documented (28 out of 66). The scattering that routinely results from chase by the Border Patrol leaves individuals disoriented, lost, and separated from their group, often without supplies necessary for survival.

The missing-persons cases collected by the Missing Migrant Crisis Line in 2015 include 84 in which an incident of chase and scatter in the wilderness was explicitly named as the event that caused the person to go missing. Of these cases, 36% ended in death or disappearance.

The use of helicopters is particularly dangerous, causing increased injury during chase and increased incidence of scatter. In our survey, 36% of the chases involved pursuit by helicopter. When a helicopter was present in a chase, it was significantly more likely that someone would end up lost afterward.

Based on our research and continuous on-the-ground observation of border-enforcement activities, we assert that there is no policing method for interdicting border crossers in wilderness terrain that does not carry a high risk of injury, death, and disappearance. Consequently, we consider the first of this report’s five recommendations to be the most urgent: we call for the immediate end of Prevention Through Deterrence as an enforce ment doctrine, as well as the removal of all walls, fencing, barriers, and other border infrastructure that serves to push migration into the deadly backcountry. We will only see the end of the crisis of disappearance with the complete demilitarization of the US–Mexico border. Federal immigration policy must be rewritten to protect human life and human rights, and to address the US-sponsored violence and economic disruption causing so many to seek refuge within these borders.

Until that day comes, the US Border Patrol and its collaborators bear responsibility for the crisis of death and disappearance in the Southwest borderlands.

Link to these reports:
http://www.thedisappearedreport.org/reports.html