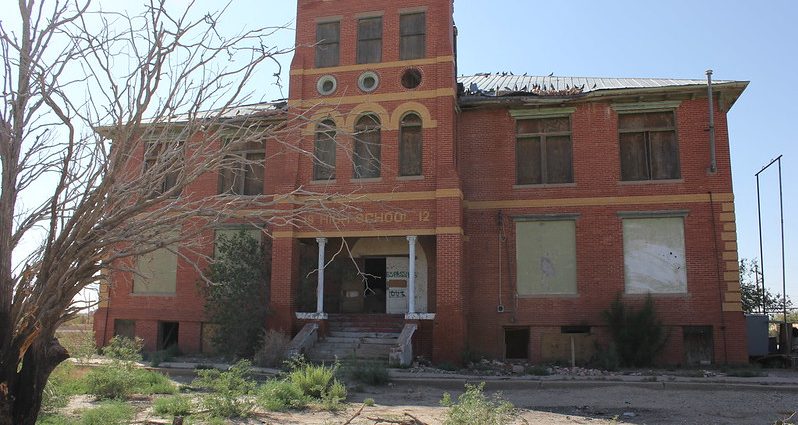 There’s hope in the air, a scent of spring, anticipation of change, democracy may pull through. Why, then, with K-12 public schools, the broken promise, the dismay?

Biden raised hopes when he promised, Dec 16, 2019, that he’d “commit to ending the use of standardized testing in public schools,” saying (rightly) that “teaching to a test underestimates and discounts the things that are most important for students to know.” Yet on Feb 22, his Department of Education did an about-face, announcing, “we need to understand the impact COVID-19 has had on learning …parents need information on how their children are doing.”

How the children are doing? They’re struggling, that’s how, doing their best, and so are teachers and parents. And it’s the least advantaged who are struggling the most, who, in the transition to online teaching, are likeliest to be without access to the internet, whose families are most vulnerable to loss of jobs, health care, lives. Now this? It costs $1.7 billion to administer these tests, but the toll on kids— the tears, terrors, alienation— is incalculable.

Most people have no idea what a blight these exams are, how they’ve stripped K-12 curricula of civics, history, literature, the arts, languages, even the sciences. Since schools live or die on the basis of test scores, what does not get tested does not get taught, and education is reduced to a mindless drill of math and English skills. No wonder kids come out of school wanting never to read another book, knowing nothing about science, the past, how to read their world. No wonder teachers are leaving in droves; the teacher shortage was dire even before the pandemic. When Betsy DeVos waived these tests last spring, teachers were so relieved that some said it had been worth the move online, to have 6-8 weeks liberated for teaching.

The high-stakes standardized testing regime began with George W. Bush’s No Child Left Behind (NCLB, 2002). The program arrived in a cloud of rhetoric about “access” and “civil rights,” describing itself as “an act to close the achievement gap… so that no child is left behind.” NCLB was, by 2009, an acknowledged failure, but the Obama administration took it over, renaming it Race to the Top, and requiring that states adopt, as a condition for federal funds, the Common Core State Standards, a set of national standards nailed into place in 2010 by the billions and boosterism of Bill Gates. Gates promised that the Core would “unleash powerful market forces,” which it did, and would level the playing field, which it did not.

And how could it? The only thing testing has ever done for the disadvantaged is to communicate a message of failure and lay waste to public schools. What test scores measure is family income; they correlate so closely that there’s a term for it—the zip code effect. When test scores have shown “low performance,” schools have been closed by the hundreds, mainly in low-income, minority neighborhoods, and replaced with privately-run, profit-generating charters.

The test-and-assess regime has never worked, even within its own reductive goal, of raising test scores. It’s had twenty years to prove itself, and “it just isn’t working,” as Dana Goldstein reports, summarizing the results of an international exam showing that test scores of 15-year olds have been stagnant since 2000, “though the country has spent billions.” (NYT, Dec. 3, 2019) It has failed to narrow the achievement gap, but it was never about that: it has always been about privatization, seizing public funding for private charters, generating profits for companies like Pearson, Houghton Mifflin, McGraw Hill. Diane Ravitch saw this early on. As a prominent member of the education departments of both Bush administrations, she was an advocate of NCLB, but when she realized that its true purpose was to privatize public education, she became its fiercest critic, using her writing and activism, as she says, to undo the damage wrought by the policies she once supported.

Now comes this mandate that schools must administer standardized tests in the midst of a pandemic. It’s curious that the order was signed not by Secretary of Education, Miguel Cardona, but by Ian Rosenblum, Acting Assistant Secretary, who, unlike Cardona and other Education Department appointees, has no experience teaching. Rosenblum comes from the “Education Trust,” a think tank that promotes standardized testing in the name of equity, as a means to racial justice. This group, which had a part in the writing of NCLB, has been pressuring the Education Department to deny test waivers to states that apply for them (several states, including New York and California, had already applied for such waivers). A glance at some of its corporate sponsors – foundations funded by Gates, Mark Zuckerberg, Michael Bloomberg, Jeff Bezos, the Walmart family— shows how much is invested in testing and privatization, and by whom.

Was it too much to hope that our new president might ask the teachers how the students are doing? It’s the teachers who are best positioned to assess students’ learning and losses (as Joe Biden must know, being married to one). It’s the teachers who have to deal with “the tears, vomit, and peed pants” caused by the testing, and must now steel themselves for “yet another chaotic testing season,” as teacher blogger Jake Jacobs writes in The Progressive. Biden might also have asked the teachers’ unions, since he’s described himself as a “union guy.” Here’s what he’d have heard from the president of the National Education Association, the country’s largest teachers’ union (and Jill Biden’s): “Standardized tests have never been valid or reliable measures of what students know and are able to do, and they are especially unreliable now.” They should not “come at the expense of precious learning time that students could be spending with their educators.” Here’s what he’d have heard from Amie Baca-Oehlert, president of the Colorado Education Association, Colorado’s largest teachers’ union: “When we think about what our students have been experiencing, the thought of adding to their trauma with a statewide assessment is just right now just unfathomable.” What educators want is, she says in NeaToday, is “to focus on instruction. And that’s what parents are telling us they want.”

Now when teachers and students have been stressed to the limits and school budgets are being slashed to the bone, the federal government needs to help schools recover, to give teachers every possible opportunity to teach and reach out to students, to make the personal eonnections students badly need after months of disruption and isolation. This is not a time to force everyone through this spirit-killing, resource-draining grinder, yet again, even if multinational testing companies need to recoup last year’s losses. In fact, “if there is ever a time for parents to consider whether … opt-out makes sense for you,” said Richard Carranza, New York City Schools Chancellor, “this is the time.” (Carranza abruptly resigned a few days after Ian Rosenblum’s mandate.) Randi Weingarten, president of the American Federation of Teachers, urged this, too: “if the stress gets too much, just opt out.”

The public did not elect “Education Trust” and the moneyed interests it represents. Rule by the rich, the unelected, does not make a democracy, and “drill, kill, bubble fill” does not educate a citizenry for democracy.

Gayle Greene is a Professor Emeritus of English, Scripps College. Her website is http://www.gaylegreene.org/.