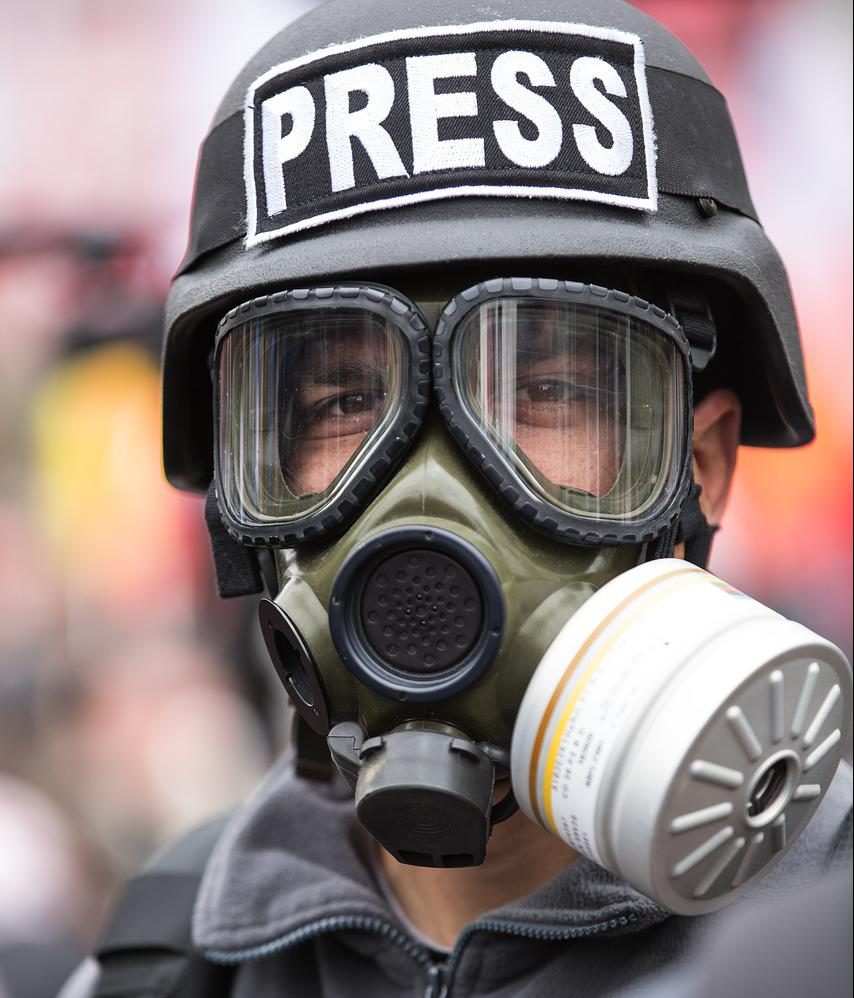 The Deadly Business Of Reporting Truth

But Leaders—Including President Biden—Have Been Slow To Act.

Violence is the most basic and blunt form of press censorship. To kill or imprison a journalist is to silence the public’s source of news. To date, 33 journalists around the world have been killed this year and another 494 are currently imprisoned, according to Reporters Without Borders (RSF). Put another way, thus far in 2022, on average, once per week somewhere in the world a journalist is killed for reporting the news.

Sometimes these cases make headlines, as was true in October 2018 when Jamal Khashoggi, a Saudi Arabian journalist who reported for the Middle East Eye and the Washington Post, was murdered by agents of the Saudi government, and in May 2022 when Palestinian American journalist Shireen Abu Akleh was killed—almost certainly by Israeli soldiers—in the occupied West Bank while reporting for Al Jazeera.

More often, however, the killing or imprisonment of journalists occurs without significant news coverage. As Project Censored has previously reported, attacks on journalists are a global phenomenon, which the establishment press in the United States often fails to cover adequately. Journalists working in the United States are not immune to violent assault or arrest either, as the U.S. Press Freedom Tracker meticulously documents.

August 2022 marks the somber anniversaries of two cases that epitomize the threats to reporters and the impunity (so far) of those who would silence them.

On August 14, 2012, Austin Tice was abducted in Syria, where he was working as a freelance  reporter for McClatchy, the Washington Post, CBS, and other news outlets. Tice, a US Marine veteran who served in Iraq and Afghanistan, received numerous accolades for his reporting from Syria, including the prestigious George Polk Award for war reporting.

Tice is one of 43 journalists that RSF identifies as being held hostage in Syria, in addition to another 31 who remain imprisoned there.

For ten years, Tice’s family has petitioned the governments of the United States and Syria to “make every possible diplomatic effort to bring Austin safely home.” This August, during a campaign supported by RSF, the Washington Post, and many other news organization to mark the tenth anniversary of Tice’s abduction, President Joe Biden issued a statement on Tice’s captivity. Although Tice’s family has had previous communication with Biden, including a May 2022 meeting with the president, this was the first time that Biden referred to Tice by name in public. However, as Clayton Weimers, the executive director of RSF’s US office, told me, “What’s missing from Biden’s statement is a clear commitment to direct negotiations” between the US and Syria.

On August 26, 2017, Christopher Allen, a journalist with dual US-UK citizenship, was killed in South Sudan. Allen, a freelancer whose reporting was published by the BBC, Vice News, the Telegraph, and Al Jazeera, was embedded with opposition forces at the time of his death. Sources told the Committee to Protect Journalists (CPJ) that government troops deliberately targeted Allen. Although a 2018 Columbia Journalism Review report disputed claims that Allen wore clothing that identified him as a press member, he was unarmed and carrying a camera—a sign he was present as a reporter, rather than a combatant. “Taking photographs and reporting events is not attacking. It is journalistic work done by civilians, who are protected under international law,” said Angela Quintal, CPJ’s Africa Program Coordinator in New York.

Five years since Allen’s death, and despite credible allegations of war crimes having been committed against him, including the treatment of his body after his death, there has been no official investigation into the circumstances of his killing, either by South Sudanese authorities or any other law enforcement agency.

In the context of a civil war dating back to 2013, which has displaced 2.3 million people, journalists working in South Sudan face extraordinary threats. As the CPJ has documented, authorities there have closed and Obstructed Access to news outlets, arrested journalists, and expelled reporters. In August 2015, South Sudan’s president, Salva Kiir, publicly threatened to kill journalists for reporting “against the country.” Since 2014 at least ten journalists including Allen have been killed while working in South Sudan, according to RSF.

Allen’s case has received virtually no news coverage in the United States. His family continues to call for a criminal investigation into his death—including the possibility that it involved grievous breaches of international humanitarian law—by South Sudan authorities and the US Department of Justice and FBI.

Lack of news coverage entails a lack of public knowledge and engagement, which in turn contributes to what RSF, the CPJ, the International Press Institute, and others have described as a culture of impunity for those who kill, harass, or intimidate journalists. Threats to journalists—significant in their own right—also undermine fundamental rights to freedom of information and freedom of expression.

“When we don’t impose real consequences for crimes against journalists, perpetrators only grow bolder,” Clayton Weimers of RSF says. “The United States has an obligation to fight to free Austin Tice and for justice for Christopher Allen not only because they’re American citizens, but because not fighting for them puts every media worker in greater danger.”

Reporting the truth has always entailed risks. But the global scope of impunity for those who would silence journalists by killing or imprisoning them compounds those risks, making journalism a potentially deadly business. Resolute efforts to ensure Tice’s release and justice for Allen are important steps in chipping away at that culture of impunity and ensuring better protections for journalists everywhere.