Above Photo: From Wakingtimes.com

Long story short; French citizens have revolted for the fourth week in a row calling for changes in governmental and corporate design. Even though UN Military and thousands of French police have been deployed in response, the police have actually been filmed removing their helmets in solidarity with the French people.
​
In this light, all police, military personnel, teachers, doctors, social workers, academics, journalists, bureaucrats, politicians and other people who work within the system (as well as everyone else) should attempt to truly understand what this increasingly global movement is actually about and stand with the people who are attempting to facilitate genuine change in our troubled world.

Moving on, the mainstream media have generally limited their reporting on the demands of the ‘Gilets Jaunes’ (Yellow Vests) to a rejection of a fuel tax, raising the minimum wage and the removal of the Prime Minister, Emmanuel Macron. And of course there’s been a disproportionate focus on looting and other ‘uncivil’ behaviour. However, the independent media is telling a more comprehensive story than the mainstream platforms, which comes as no surprise. After all, ‘fake news’ isn’t just false reporting, it’s also the dishonest dissemination of information such as lying by omission.

To make it clear, the protests are now also about pro-nationalism and anti-globalism, as well as ‘Frexit’ (the French exit from the European Union). They also reject the propaganda of the mainstream media, debt owed to the EU, austerity in general and the ill-conceived carbon tax. 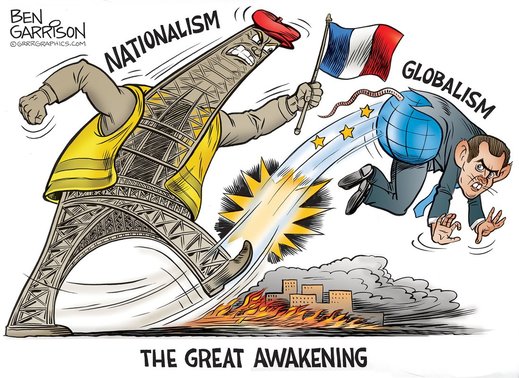 However, it didn’t start off that way. The Yellow Vest Movement (YVM) did arise from a rejection of the fuel tax, but after Macron more or less offended the entire nation by calling them ‘thugs’ it was the straw that broke the camel’s back for the French. This saw the wave grow into tens if not hundreds of thousands of dissenters, which is now being referred to as the ‘French revolution 2.0’.

We should not just admire, but learn from the French’s rich history of activism and their current application of it.

To be fair though, there’s the good, the bad and the ugly with the YVM. They want real change for the good, which is the good. The bad is that they haven’t yet identified the key priorities required for real systemic change. The ugly is the looting – which violates the Non-Aggression Principle (NAP) – and other counter-productive behaviour.
​
Moreover, during the past month the YVM has spread to many other European countries, including Belgium, the Netherlands, Germany, Sweden, Italy, Poland and Serbia. It’s also beginning to spread to the US, Canada, Australia and New Zealand, and even the Middle East. As it continues to grow across the world, as is argued below it needs to be done with a clear, universal focus to actualise real, systemic change. 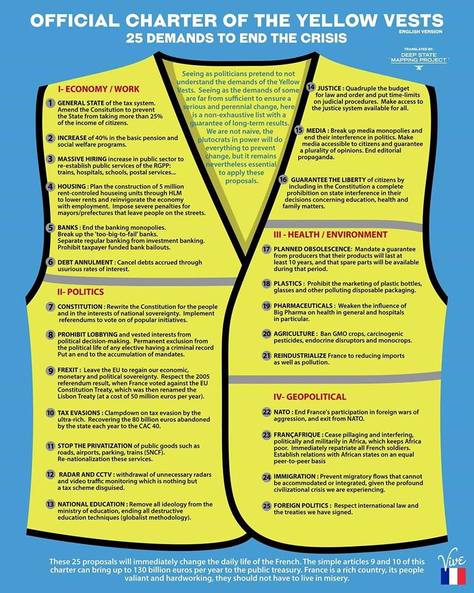 The Demands of the YVM

Larger lists have emerged which may not necessarily represent all of the French revolutionists, but there’s some really well-thought-out demands here which help them not just as a whole, but different demographics too (including the homeless and the police). It’s actually very civil.

And that’s definitely a requirement in their rebellion; if you don’t have an agreed message that is reasonable in the context of your cultural standards then no amount of street activism will have the desired effect.

The Spread of the YVM

Many people around the world feel in similar ways too, hence the expansion of the YVM. Moreover, it’s not just the ‘conspiratorial subculture’ who believes there’s really big flaws with the design of our governments (including how they’ve allowed private stakeholders to monopolise banks and industry at the public’s expense); it spreads right throughout the masses too.

For example, the older generations have been aware of the corruption and lies for decades. The younger generations are ‘woking’ themselves, even if it’s generally coupled with a narrow or misguided focus. And then of course there’s a large, penetrating group of deeply inspired and passionate people of all ages who have peered beyond the veil of officialdom and therefore see the world through a larger lens.

Yet, there isn’t a coherent agreement among the people. Sure, huge proportions of the population reject the way things work in different ways, but the problems and therefore solutions are different according to each person you talk with.

We CAN capture the general vibe though; populist dissent is against the political and corporate elite. 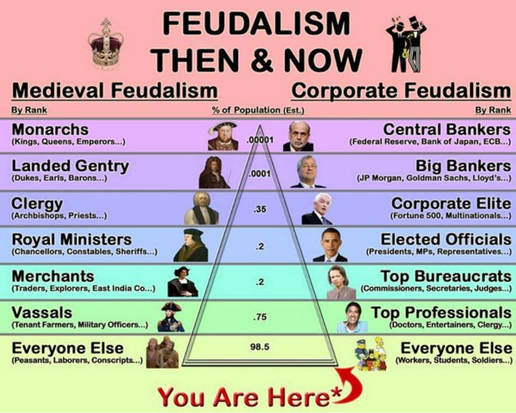 As stated in a previous article, the so-called elite have inflicted untold suffering on us, such as by:

In other words we have a corporatocracy, not a democracy. Let that sink in properly for a moment.

Therefore, as I’ve written several times before, if we want real change within our social system we need to focus on the 4M’s, which are Money (banking and finance), Medicine (prescriptive and preventative practice, including food), Management (education and government policy) and Media (informed choice and authentic public discourse). I’ll elaborate on this a little later.

Let’s see if we can actually agree on something by starting with the core values we should align with. I’ll make this short and sharp. The six key values are:

Again, this needs to be simple and straightforward: 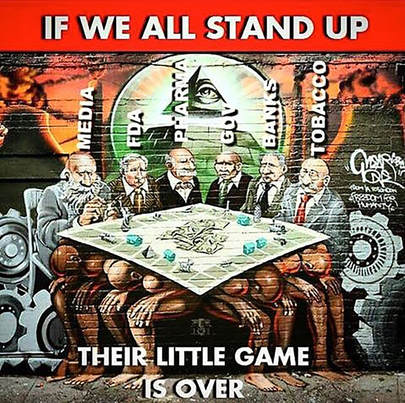 The Key Demands for Systemic Change

In line with the above values and principles, the 4M’s require the following:

If real change is to occur, we ALL need to demand these changes no matter where we live. For those who don’t understand the money and banking issue, please read this example of what a publicly owned and operated central bank used to look like in Australia at the start of the Twentieth Century.

And remember: there really are some fundamental problems AND solutions that the entire world – as a real community – could put up for civil, but assertive Analysis, Agreement and Action (the 3A’s for creating societal change). That will be our key challenge as we move into a future where regardless of our perceived and real differences, we still honour our role as a human family. 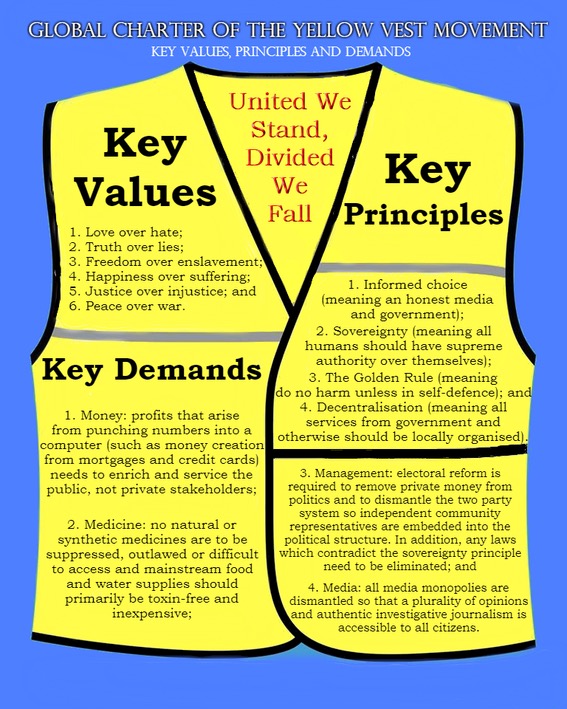 There’s many other areas of concern that have arisen within the truth and freedom network. The following won’t be an exhaustive list, but it will generally cover the bases in the next tier for change:

Once again the monopolised media has proven themselves to be a mouthpiece of propaganda by the powers-that-will-no-longer-be. There’s been little investigative reporting, even if some journalists are trying to get a more fair message through. The sad part however is that many of these so-called journalists actually believe the dirty deception that they spray out of their germ-filled mouths.

But back to the story. I want to make this super clear: the above is simply a series of suggestions to invoke further exploration and discussion. I really hope that it does exactly that, regardless of my own biases and shortcomings.

Now the recap. The first step we need to take is to acknowledge that a huge proportion of the population want real, systemic change. That is a collective discussion we NEED to have, but is NOT an ongoing dialogue in the mainstream media (more or less anywhere in the Western World).

That has to be a serious concern to any reasonable person.

The next step is identifying the core issues and their potential solutions (which is the central purpose of this article). Then a full spectrum application of the 3A’s should continually occur and be reported on and facilitated by all information sources, including the mainstream platforms.

So, is the YVM doing this? Unfortunately, not yet. But I’m hoping this article will encourage more individuals and groups to do so. The ironic aspect is that so many of us are screaming for real change, but when we do it without focusing on the core design flaws, then our voices might be heard, but only softly.

However, if we all focused on the bigger picture – the macro policy design – then it wouldn’t just become a household song, it would result with a collective upgrade via a linguistic revolution and result with a more just and honourable social system for our future generations.

And one more thing: always remember the greatest rebellion against a sick system is to take great care of your physical, psychological, emotional, philosophical and spiritual health and then radiate it to the rest of reality.