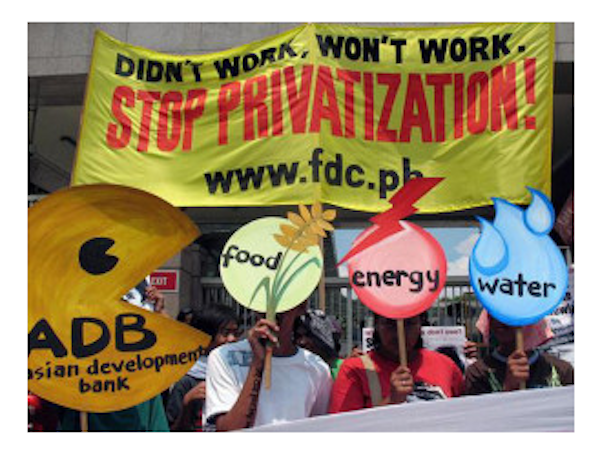 The Ecology Of Change

We hear and talk a lot today about building new systems to replace our broken one. “You never change things by fighting the existing reality. To change something, build a new model that makes the existing model obsolete.” This statement, attributed to the brilliant inventor Buckminster Fuller, is often invoked. Many tend to understand this passage as an invitation to place oneself outside of the reality or system they are set to transform, working on the idea or innovation that will change things ‘in one piece’: the killer innovation, model or system, whether technical or ideological – a controllable one preferably – that will save the world or at least a portion of it by providing a viable alternative to opt into, thus opting out of the previous. And so we find, as alternative to the ‘Grand Soir’, visions of the future where man will have domesticated the challenges of nature and society – or which will provide means for a few to physically flee the existing reality (to better protect their own commons?). Along with revolutionaries on barricades, or utopian designs of perfectly ordered societies, one can easily imagine hubristic heroes – billionaires on a mission – unilaterally deploying geo-engineering solutions, once climate change becomes ‘reality’ – or leaving on spaceships to reach less crowded and resource rich galaxies. Hollywood abounds with such anticipations. All are not science fiction. Projects such as colonizing Mars to conquest new resources, or setting up whole mobile cities on oceans outside of the perimeter of any sovereign jurisdiction, are being designed and funded. But how about the legions who don’t or won’t have the power and means (resources, skills, courage, opportunity, etc.) to opt into the new, or out of the old?

This may be far from what Bucky – as his affectionate fans called him – intended. He wanted the world to work for the whole of humanity and to unleash the potential of innovative design to create technology that improves all human lives, not to just provide opportunities for a few to opt out of the system. And in this context, there is no ‘outside’ to move to.

So what does building a whole new model that works for everyone involve? What is this reality that needs to be made obsolete? What shape does it take? And where do the commons ‘fit in’? Is reality a monolith that can be ‘hollowed out’ if it can’t be vanquished? Aren’t we rather talking here of transforming reality so its older version becomes obsolete, adding a time, an evolutionary component, to the spatial one? If so, then it’s not a question of whether and how to jump ships – or sink the old one – but of whether and how to get the whole ship or flotilla into new waters. Buckminster Fuller may have actually been talking about making reality obsolete by actively creating and designing alternatives and other outcomes and leveraging innovation wherever its seeds could be found.

Reality – or should we call it The System? – is not something we can conquer, dismantle or escape from – at least if we take it as a whole, and stop looking at it from our personal limited frames of reference. As a whole, social reality is an ecology, a complex adaptive system, an open one because its boundaries cannot be clearly defined. We can imagine its landscape, in particular for what lies in our vicinity, but we can’t really map its entirety and all that is put into play, even collectively. This ecology comprises multiple and diverse human and natural systems, which are complex adaptive systems themselves – i.e., inter-related ecosystems – with their diverse organizational and power structures, their adaptive and generative processes, their stocks and flows of materials, knowledge and energy, and their capacities for co-evolution.

Human systems are formed by a multiplicity of parts or agents in partnership working individually as whole local systems, with their own organizations and rules, and operating at various integrative levels and scales, forming emergent nested wholes and interconnected networks. These include institutions and all kinds and forms of organizations, communities, networks or movements in interaction with each other and their environment, busy to achieve the deterministic or intentional purposes that bring them together, and to find, exploit and allocate resources to do so.

These individual wholes self-organize and self-realize within their own boundaries, which provide a context for co-individuation: the processes by which identities of individuals and collectives are formed, transformed, and differentiated in relation to each other and to the forces that hold the various pieces together.

Co-individuation is both a consequence and a factor of further consolidation of their own cultural characteristics and languages, or action logics. This is what makes individual wholes cohesive and focused and therefore ‘efficacious’ within their own boundaries. But it is also what makes mutual understanding and action coordination, and therefore the materialization of ‘unity in diversity’ difficult.

Each individual whole within the systemic context of modern society is influenced by the behaviors of others and by the changing environment they evolve in, which these wholes then influence in return through the process of trans-individuation. Parts and successive wholes cannot be totally controlled by external forces, only shaped and limited by them, though sometimes in immobilizing ways.

The process of trans-individuation can be see to accelerate with globalization and the expansion of social networks that foster cross-pollination, in somewhat opposite directions. On the one hand, it may foster sameness and reinforce status quo – and therefore stasis – and on the other hand it brings in a variety of new thinking and possibilities for change. It is therefore both threatening and promising at the same time.

Patterns of behaviors emerge – or arise – in each part or cluster of the system out of the multiplicity of interactions between agents adapting their responses to each other’s behaviors. New emergent behaviors, initially invisible, often appear into sight all of a sudden (what we call tipping points), and can change everything at once, especially as they reach critical mass and come closer to our grasp (think of an epidemic). When it comes to change for the better, these emerging trends need to be tracked, made visible and nurtured.

When we therefore think about the edges from which innovation, divergence or dissent arise, we usually situate them at the boundaries of The System as a whole (with the mainstream at the center). However, because of the multiple wholes that constitute the system and the diversity of action logics that govern them, there are edges to be found at the boundaries of each cluster, each of them holding seeds for transformation awaiting to sprout out. The edges from which the new arises are distributed within the wider system, and increasingly so because of the porosity of boundaries and increased network relationships.

So when R.C. Smith depicts the process of social change as a fluid ongoing multi-directional and many-sided human transformation process that operates at many levels and scales, one can assume he describes this distributed and diverse capacity for inventing new ways forward that can be found in many shapes, tastes and colors.

Movements and communities from all over the world are working on the facets and dimensions of the wicked, complex issues we face, following their own logics and pathways. The characteristics of wicked problems generated by complex systems (as opposed to ‘mechanical’ ones) are that they cannot be formulated in a definitive way, because there are many different perspectives of and ways to approach the same problem (and different narratives to explain them). There are also multiple points of intervention as problems can be symptoms of other problems. There are no right or wrong, true or false solutions. Solutions may be contradictory and involve trade-offs. There is no history or proven practice and expert knowledge to refer to, data is uncertain and often missing, and the best information necessary to understand the problems is distributed in the contexts affected by the problem, so the people on the ground affected by the context are the best placed to find and try out solutions.

In my last article of this series, I referred to the multitude of new practices that we are seeing spring up everywhere on the field and that we are gaining access to thanks to effective and thorough dissemination of knowledge and practice. These new practices reflect the different views about what to change and how, and the different perspectives activists may have, just as they each seem to have different definitions of the commons. Driven by an impulse to take matters in their own hands, in their own terms, each movement deals with a specific dimension of the commons so that a system of healthy commons can emerge as a whole. Some may be working on (re)generating or (re)producing their own or our collectively shared resources or factors of livelihood and thrivability. Others may be busy expanding the distribution of and accessibility to these resources, factors of opportunity and livelihood: i.e., working on justice, rights, access, fulfilling of needs, and so on. While others may strive to make the social machine more efficient for distribution and stewardship of resources and renewed factors of opportunity (what economy and finance should focus on doing) via relevant structures and rules, participatory forms of governance and processes, to enable the other parts of the system in the most productive way. Of course there are overlaps among these areas of engagement, but connecting the dots and the edges is key.

A sustainable (alternative) system is one that should have the capacity to create, test and maintain adaptive capabilities as well as opportunities or potential for self-realization of all its components – one that can therefore ensure and maintain thrivability in time and the regenerative capacity of the parts and the whole. This means we need to perpetually regenerate our ability to find or plant and nurture the seeds for innovation and for the protection, nurturing, (re)generation, (re)production of the commons as archetype moving forward.