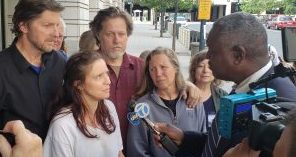 Embassy Protectors being interviewed outside of the federal courthouse.

The Embassy Protectors were serving as interim embassy protectors with the permission of the democratically-elected Venezuelan government, but have ironically been charged with “Interference with certain protective functions,” a federal offense (18 U.S. Code §”118).

In reality, the State Department was failing to protect the embassy as it allowed pro-coup advocates to break windows and doors, break and enter into the building, deface the building and assault people outside the building while threatening those inside the building. The Embassy Protectors were seeking to ensure the Vienna Convention and international law were upheld. 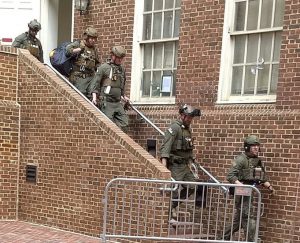 The Embassy Protectors have organized a strong legal team that will defend against the federal charges. We know the United States has virtually unlimited resources and the Trump administration is angry that the protection of the Venezuelan Embassy in Washington, DC got international news coverage and put a spotlight on the US violation of the Vienna Convention by illegally invading the embassy with more than 100 police, many in paramilitary gear, and allowing a fictional ambassador of a failed US coup to treat the embassy as his own.

To respond to the US prosecution the Embassy Protectors need the resources to put on a strong defense.

The Embassy Protection Collective delayed the US takeover of the Venezuelan Embassy for 37 days. Donate to their defense so they can continue to challenge US imperialism and military intervention. Donate here. 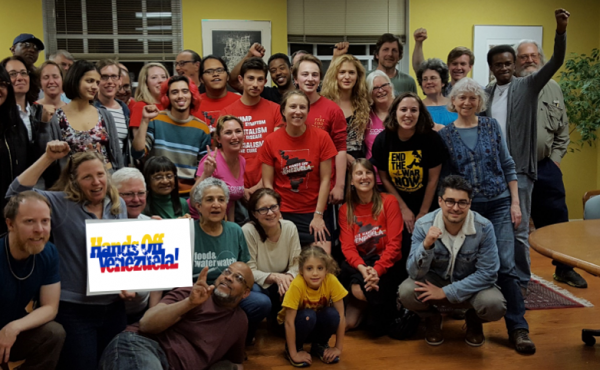