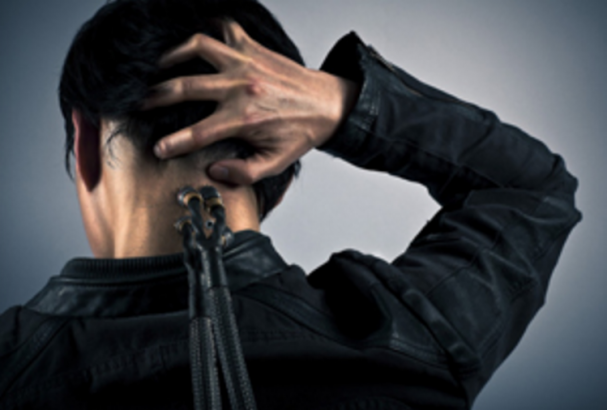 All writers with a desire to rattle people out of their torpor occasionally wonder if it is worthwhile to continue to try to raise their voices over the din of lies and distractions. More and more for us, such thoughts are occasioned, not by the mainstream, which predictably treats all the pronouncements from the powerful as being newsworthy, but by the fake left, which lobotomizes most of whom it touches. The increasing sophistication of this group and its rate of expansion are astounding. Its purpose is to annihilate and replace the real left, and it is making great strides in this regard. The real left includes those who, like Dr. Martin Luther King Jr. (MLK), came to realize that quantum leaps are the way forward, rather than tiny incremental change. The real left does not curry favor or approval from those in power; it challenges the social status quo and respects the inherent right of an injured and indignant population to rebel against authority. It is not for rent or for sale, and it does not cave in to power. By contrast, the motivations of the fake left are money and fame: the preservation of their place in their ivory towers, together with all the trimmings of an upper middle class or wealthy lifestyle. For them, the path is smoothed and the wheels of the machine are oiled for lucrative book deals, speaking tours, radio and television interviews, and articles that are infinitely reverberated through approved sites in the Internet. Their spokespeople channel political ideas toward electoral cycles and transform revolutionary musings into banalities, paralysis, and futile actions. They attack the public’s thought process itself and engender an attention-deficit disorder. Ideas are not pursued, shared, honed, and acted upon but instead displaced by fleeting slogans like “hope and change,” or “feel the Bern.” Alternatively, the ideas are muddled, branded and labeled with names like “shock doctrine,” “disaster capitalism,” or “climate capitalism,” so that they may be put away and no longer examined. An important function of the fake left is to diffuse legitimate, spontaneous defense. Righteous anger is made to give way to confusion, and the impetus to revolt is transformed into the futility of virtual actions. Slogans are used as vaccines to prevent the contagion of dissent. Thoughts, not quite fully formed and the beginning of spontaneous actions, like blockage of bridges and highways, quickly dissipate. They are aborted into quick visual scans of an image or rapidly associated with a few words, like “black lives matter,” and then shared on social media. Today, Thomas Paine’s Common Sense would not kindle a revolution; instead it would be quoted, posted, pinned, and tweeted. The fake left is a decoy: a hunter’s trap to break the leg of any possible revolution. One of the fake left’s godfathers is the multibillionaireGeorge Soros, who obviously believes that wealth equals wisdom and has come up with a clever model to launder his vast financial gains into global political influence. Soros has developed an extremely diversified portfolio of intellectual properties and non-governmental organizations (NGO) in more than 37 countries. Artists throughout the world who present their people as victims, and promote passivity and despair, are rewarded with support and prestigious prizes. Supported organizations like Human Rights Watch and Amnesty International are accused not only of selectively collecting data on human rights abuses but also of exploiting some of those data to pressure countries into policy changes that are unrelated to human rights. “Independent” journalism is a major focus of Soros’ Open Society Foundation, which was founded in 1993, soon after the collapse of the Soviet Union and right before the explosion of the Internet. When US-friendly corrupt governments, and US-sponsored institutions like USAID and the United Nations are exposed by the real left, Soros-sponsored think tanks and news organizations like the Center for Economic and Policy Research (CEPR) spring into action and become the voice of reason, demanding that these organizations self-reform. Countless others, also related to the Open Society Foundation, echo and amplify their message. Dismantlement and profound systemic change are never on the agenda. In most of the world, and especially the US, elections are staged, with the primary goal being to let off steam from targeted sectors of the population. A secondary goal is to make a rigged political process appear believable and give the impression of a free exchange of ideas. The candidates are presented as caricatures that trigger an emotional identification in specific groups of people. In the US in 2016, the mean, misogynist and racist ugly American stereotype is served well by Donald Trump for the right. On the other side, the reincarnated Occupy leftist champion of social justice is played by Bernie Sanders. Nonetheless it is Hillary Clinton‘s turn to win. Trump and Sanders serve to keep the elections in the news and to make Clinton the only supposed pragmatic choice. The ambition of Sanders to beat Hillary Clinton is questionable in light of the fact that he did not run for the presidency in 2012, although the issues were the same, and he could have benefited then from the energy of Occupy. Sander’s platform is a reactivation of the Occupy themes. Occupy, however, is not what it used to be. Indeed it is a perfect example of something from the real left that was hijacked. It began as a leaderless anti-capitalist movement called US Day of Rage, but soon it acquired leaders like Chris Hedges, and its most radical elements, like the Black Bloc anarchists, were vilified and excluded. The fake left poaches the narrative of the real left so as to kill it. Outright plagiarism and abundant appropriations and rewrites are hallmarks of the fake left.  Since it lacks a heartfelt leftist rhetoric, it must continually borrow one, ironically, to excoriate it so as to present a superficial version of it. Any critical examination will show that the self-proclaimed firebrands of the left have, for decades, never moved the revolutionary dial an iota. If books like Noam Chomsky’s Occupy or Naomi Klein’s Shock Doctrine, or Chris Hedges and Joe Sacco’s Days of Destruction, Days of Revolt had been genuine, they would have brought people to the barricades in the streets, and there would surely have been attempts to suppress them. Instead the books have been celebrated and glorified by the media establishment, because these pseudo-radical manifestos have not brought action but paralysis. The latest offering by Naomi Klein, This Changes Everything, will, by design, change absolutely nothing at all, except the balance of her bank account. Those few of us who are genuinely trying to change the course of events sometimes wonder how we can compete against this powerful new machine that appropriates our message, twists it, and then blasts a degraded version of it through countless bullhorns. Doesn’t the public realize that wealth and fame are not the normal trappings of revolutionaries? Don’t people know that revolution is never easy, and that if it appears to be, it is not real? If words like earth, nature, life, democracy, dissent, protest, love, and revolution are allowed to lose their weight, our voices will go the way of the song of the extinct Dodo bird. It is imperative that these words be reappropriated and reinfused with meaning. Revolutionary talk cannot be permitted to become an exercise in futile venting or a validation of passivity; to mean anything at all, it must be enacted in community.