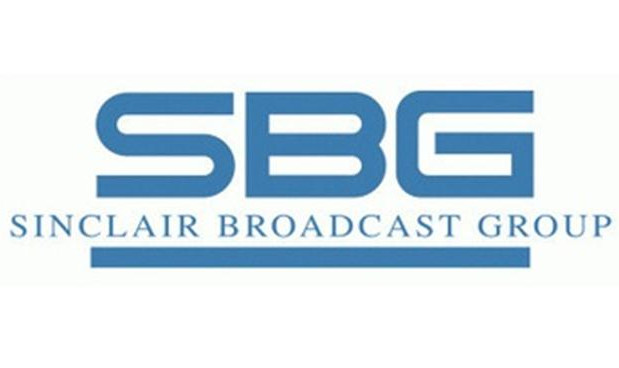 Note: The effort to revoke Title II classification of the Internet as a common carrier and repeal net neutrality rules is not the only problem at the FCC. Trump’s chairperson, Ajit Pai, has also loosened merger rules for the already highly concentrated corporate media. In the story below, FAIR criticizes what seems to be a quid pro quo between Trump and Sinclair Broadcasting, good media coverage during the campaign in exchange for allowing Sinclair to buy more media outlets after the campaign. What role will Sinclair play in the next election? Whose side will the massive corporation that reaches 69 percent of US homes be on (the rules pre-Trump/Pai allowed a maximum of 39 percent) and what will their electoral message be?

This morning  Sinclair Broadcast Group, the conservative media behemoth that owns more local news stations than any other company in the country, just got even bigger.  It announced it was buying Tribune Mediafor $3.9 billion, creating what Bloomberg (5/8/17) calls a “TV goliath.”

The purchase, which gives Sinclair a staggering reach of  nearly 69 percent  of the US population (Free Press, 5/8/17), would’ve been in  violation of ownership restrictions just weeks ago.  But last month, the Trump-appointed FCC chair, Ajit Pai, reinstated the “UHF discount,” an outdated loophole that allowed media conglomerates to exceed the nation’s 39 percent cap on ownership (New York Post, 4/20/17). Sinclair made a $420 million deal to buy Bonten Media Group(Baltimore Sun, 4/21/17) the very next day.

This sequence of events “sure looks like a quid pro quo,” as Craig Aaron of the media advocacy group Free Press has noted  (5/8/17). Months ago, Trump’s son-in-law Jared Kushner told business executives, according to Politico (12/16/16), that “Trump’s campaign struck a deal with Sinclair Broadcast Group during the campaign to try and secure better coverage.” The deal, Politico reported, was that Sinclair would give Trump more (uncritical) coverage (Washington Post, 12/22/16) in exchange for more “access to Trump and the campaign.”

Now, Trump appears to be using the considerable power of the Federal Communications Commission (FCC) as his own personal ATM for political currency—and his Big Media allies at Sinclair are now seeing the return on their investment.

It’s a scandal. Sinclair—the Trump-favoring broadcast mega-chain—gets some FCC rules changed and expects others to be erased. All so that Sinclair can air its cookie-cutter newscasts to nearly 70 percent of the country’s population in local markets across the country.

Pai had been meeting with Sinclair executives at Baltimore’s Four Season Hotel in the months preceding these FCC-enabled media buys (Bloomberg, 3/27/17). “The gleaming harbor-front hotel, home to fare including a $32 crab cake sandwich and a $15 ‘Ulterior Motive’ cocktail, offered a memorable perch for impressing Pai,” Bloomberg reported. Sinclair also recently hired a former Trump spokesperson (CNN, 4/17/17), adding to the cozy relationship between company and president. In the press release, they touted the new hire’s former role as  “a surrogate and senior advisor to the Trump campaign.”

Shareholders for Sinclair, and other broadcasters, had already been profiting from the Trump presidency. “Despite President Donald Trump’s numerous gripes about media coverage of his campaign and presidency, the sector has been on a roll since the New York real estate baron was inaugurated on January 20,” reported The Street (4/26/17):

TV station owners have led the way with Tribune Media, the subject of takeover speculation at the very top with a 27 percent gain. Next in line was Sinclair Broadcasting, known as much for its conservative pro-Republican politics as for owning for more local TV stations than any other US company, having added 25 percent.

The profits are not slowing. Sinclair’s first-quarter profits, released May 3, increased 137 percent compared to a year earlier (Baltimore Business Journal, 5/3/17).

Media consolidation has long been a detriment to media and democracy with fewer, and increasingly powerful, conglomerates—with vested interests that have nothing to do with the public good—owning the large majority of mass media outlets (FAIR Action Alert, 3/9/03; Truthout, 2/11/16). In recent years, Sinclair has been “emerging as a major broadcasting player,” according to USA Today (9/19/13). In 2003, the station owned 62 television stations (FAIR Action Alert, 10/12/04); today the number of Sinclair-owned channels has escalated rapidly, as the company “owns or helps operate 173 stations” (Bloomberg,3/29/17).

In some ways, Sinclair offers a unique threat, both in its right-wing bias and its increasing share of the market. Unlike Fox News, which has a brand well-known for its conservative tilt, Sinclair has a more subtle influence. The average person watching a  local Sinclair affiliate probably does not think of it as a haven for pro-Trump/right-wing content, but just another local station.

But local news is extremely influential. “Local TV news still manages to reach 9 in 10 American adults, 46 percent of whom watch it ‘often,’” noted a Mother Jonesarticle (4/04/14) about the increasing consolidation of local broadcasting:

Broadcast television still serves as Americans’ main source of news and information. Which is why it matters that hundreds of local TV news stations have been swept up in a massive new wave of media consolidation.

Sinclair is even legally allowed to own numerous channels in the same market, Mother Jones noted, “which is why you’ll see a story on your local station about some awful crime you didn’t need to know about that took place far away.” It’s a textbook illustration of the perils of media concentration at the local level, and it is about to get worse—thanks to the militant opposition to ownership restrictions of the new leaders at the FCC (Truthout, 2/10/17; New York Times, 4/19/17).

Bad enough that viewers of local news increasingly have to rely on the same companies for media content. It gets worse when that conglomerate, as The Street (4/26/17) noted, is widely known for peddling a right-wing agenda.

This has been the case for years. In 2004, as a FAIR Action Alert (10/12/04) documented, Sinclair “ordered its 62 television stations to preempt regular prime-time broadcasting to air the anti-John Kerry documentary Stolen Honor: Wounds That Never Heal just two weeks before the election.” This movie was a clear political advertisement and a piece of (dubiously sourced) opposition research (New York Times, 10/21/04) clearly designed to help tilt the 2004 election to George W. Bush—the same election cycle where, FAIR noted, “97 percent of contributions made by Sinclairexecutives went to Republicans.”

The Washington Post (10/26/04), citing Sinclair’s ownership of 67 local channels at the time (a fraction of their current reach), described the controversy as having “stoked debate about the ability of large media companies to influence public affairs.”

The reputation has persisted long past the 2004 election. When the company purchased several channels in Washington state, the Seattle Times (4/12/13) wrote an article warning of its “conservative tilt.”

“The track record of Sinclair suggests that Seattle is about to get a Fox Newsequivalent in a local television channel,” David Domke, chair of the University of Washington’s Department of Communication, told the paper.

This reaction was mirrored closely in Washington, DC, when the Sinclair empire reached that market. “Under the direction of its ambitious corporate parent, the station’s [WJLA-TV] news operations have taken a subtle but noticeable turn to the right,” the Post reported (9/16/17):

Critiques—which range from warning about the cost of Obamacare to advocating the abolition of the Transportation Security Administration—will be a regular feature on WJLA, just as they are on dozens of stations owned by the Sinclair Broadcast Group, the new owner of ABC 7.

Sinclair’s history of right-wing bias makes its alliance with Trump a natural development: Sinclair just had to advance the right-wing agenda it had promoted for years. Among other rewards, Sinclair got an exclusive interview with the candidate (9/2/16), during an election when Trump coverage caused ratings to skyrocket.

The relationship, it seems, continues to this day. While the Trump administration avoids more traditional media outlets in favor of “friendly” ones (Politico, 2/13/17 ; FAIR.org, 3/31/17), Sinclair has been given plum opportunities for questions. When the president held a joint press conference with Israeli Prime Minister Benjamin Netanyahu, only the second presser of his presidency, a Sinclair affiliate was one of three outlets—all conservative—that got a chance to ask a question.

It is a win/win: Trump and Sinclair both benefited from the deal they made. The only losers are the American public, who depend on a free, diverse and adversarial press for a functioning democracy.