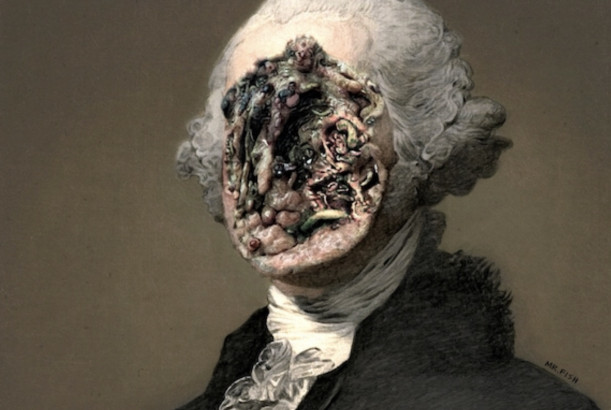 The Trump kleptocrats are political arsonists. They are carting cans of gasoline into government agencies and Congress to burn down any structure or program that promotes the common good and impedes corporate profit.

They ineptly have set themselves on fire over Obamacare, but this misstep will do little to halt the drive to, as Stephen Bannon promises, carry out the “deconstruction of the administrative state.” Donald Trump’s appointees are busy diminishing or dismantling the agencies they were named to lead and the programs they are supposed to administer. That is why they were selected. Rex Tillerson at the State Department, Steven Mnuchin at the Treasury Department, Scott Pruitt at the Environmental Protection Agency, Rick Perry at the Department of Energy, Tom Price at Health and Human Services, Ben Carson at the Department of Housing and Urban Development and Betsy DeVos at the Department of Education are eating away the foundations of democratic institutions like gigantic termites. And there is no force inside government that can stop them.

The sparing of Obamacare last week was a Pyrrhic victory. There are numerous subterfuges that can be employed to cripple or kill that very flawed health care program. These include defunding cost-sharing subsidies for low-income families, allowing premium rates for individual insurance to continue to soar (they have gone up 25 percent this year), cutting compensation to insurers in order to drive more insurance companies out of the program, and refusing to enforce the individual mandate that requires many Americans to purchase health insurance or be fined. The Trump administration’s Shermanesque march to the sea has just begun.

William S. Burroughs in his novel “Naked Lunch” creates predatory creatures he calls “Mugwumps.” “Mugwumps,” he writes, “have no liver and nourish themselves exclusively on sweets. Thin, purple-blue lips cover a razor-sharp beak of black bone with which they frequently tear each other to shreds in fights over clients. These creatures secrete an addictive fluid though their erect penises which prolongs life by slowing metabolism.” Those addicted to this fluid are called “Reptiles.”

The addiction to the grotesque, to our own version of Mugwumps, has become our national pathology. We are entranced, even as the secretion of Trump’s Mugwump fluid repulses us. He brings us down to his level. We are glued to cable news, which usually sees a huge falling off of viewership after a presidential election. Ratings for the Trump-as-president reality show, however, are up 50 percent. CNN, which last year had its most profitable year ever, looks set in 2017 to break even that record and is projecting a billion dollars in profit. The New York Times added some 500,000 subscribers, net, over the past six months. The Washington Post has seen a 75 percent increase in new subscribers over the past year. Subscriptions to magazines like The New Yorker and The Atlantic have increased.

This growth is provoked not by a sudden desire to be informed, but by Americans’ wanting to be continually updated on the soap opera that epitomizes the U.S. government. What country will the president insult today? Mexico? Australia? Sweden? Germany? What celebrity or politician will he belittle? Arnold Schwarzenegger? Barack Obama? John McCain? Chuck Schumer? What idiocy will come out of his mouth or from his appointees? Can Kellyanne Conway top her claim that microwave ovens that turned into cameras were used to spy on Donald Trump? Will DeVos say something as stupid as her assertion that guns are needed in schools to protect children from grizzly bears? Will Trump make another assertion such as his insistence that Obama ordered his phone in Trump Tower to be tapped?

It is all entertainment all the time. It is the result of a media that long ago gave up journalism to keep us amused. Trump was its creation. And now we get a daily “Gong Show” out of the White House. It is good for Trump. It is good for the profits of the cable news networks. But it is bad for us. It keeps us distracted as the kleptocrats transform the country into a banana republic. Our world is lifted from the pages of Gabriel Garcia Marquez’s novel “The Autumn of the Patriarch,” in which the “eternal” dictator was feared and mocked in equal measure.

The kleptocrats—and, now, those they con—have no interest in the flowery words of inclusivity, multiculturalism and democracy that a bankrupt liberal class used with great effectiveness for three decades to swindle the public on behalf of corporations. That rhetoric is a spent force. Barack Obama tried it when he crisscrossed the country during the presidential campaign telling a betrayed public that Hillary Clinton would finish the job started by his administration.

Political language has been replaced by the obscenities of reality television, professional wrestling and the daytime shows in which couples find out if they cheated on each other. This is the language used by Trump, who views reality and himself through the degraded lens of television and the sickness of celebrity culture. He, like much of the public, lives in the fantasy world of electronic hallucinations.

The battle over health care was all about the most effective way to hand money to corporations. Do we stick with Obamacare, already a gift to the for-profit insurance and pharmaceutical industries, or do we turn to a sham bill of pretend care that gives even more tax cuts to the rich? This is what passes for nuanced political debate now. The courtiers in the media give the various sides in this argument ample airtime and space in print, but they lock out critics of corporate power, especially those who promote the rational system of Medicare for all. Health care costs in the United States, where 40 cents of every health care dollar goes to corporations, are double what they are in industrial countries that have a national health service. This censorship on behalf of corporations is the press’ steadfast lie of omission. And it is this lie that leaves the media at once distrusted by the public and complicit in Trump’s fleecing of America. When we are not being amused by these debates among corporate lackeys we listen to retired generals, all making six-figure incomes from the weapons industry, selling the public on the imperative of endless war and endless arms purchases.

Trump understands the effectiveness of illusions, false promises and lies, an understanding that eludes those in the Freedom Caucus, many of whom want to do away with health care systems that involve government. If the ruling kleptocrats strip everything away at once, it could provoke an angry backlash among the population. Better to use the more subtle mechanisms of theft that worked in Trump’s casinos and his fake university. Better to steal with finesse. Better to strip the government on behalf of corporations while promising to make America great again.

The kleptocrats, whatever their differences, are united by one overriding fear. They fear large numbers of people will become wise to their kleptocracy and revolt. They fear the mob. They fear revolution, the only mechanism left that can rid us of these parasites.

They are perverting the legal system and building mechanisms and paramilitary groups that will protect the kleptocrats and oligarchs when the last bits of the country and the citizens are being “harvested” for corporate profit. They don’t want anything to impede the pillage, even when climate change forces people to confront the reality that they and their children may soon become extinct. They will steal despite the fact that the ecosystem is collapsing, heat waves and droughts are destroying crop yields, the air and water are becoming toxic and the oceans are being transformed into dead zones. There will be hundreds of millions of desperate climate refugees. Civil society will break down. They won’t stop until their own generators have run out of fuel in their gated compounds and their private security forces have deserted them. When the end comes they will greet it with their characteristic blank expression of idiocy and greed. But most of us won’t be around to see their epiphany.

The kleptocrats have placed all citizens under surveillance. This is by design. They sweep up our email correspondence, tweets, web searches, phone records, file transfers, live chats, financial data, medical data, criminal and civil court records and information on movements. They do this in the name of the war on terror. They have diverted billions of taxpayer dollars to store this information in sophisticated computer systems. They have set up surveillance cameras, biosensors, scanners and face recognition technologies in public and private places to obliterate our anonymity and our privacy. They are watching us constantly. And when a government watches you constantly you cannot use the word “liberty.” The people’s relationship to government is that of slave to master.

The kleptocrats have used the courts to strip us of due process and habeas corpus. They have constructed the largest prison system in the world. They have militarized police and authorized them to kill unarmed citizens, especially poor people of color, with impunity. They have overturned the 1878 Posse Comitatus Act, which once prohibited the military from acting as a domestic police force, by passing Section 1021 of the National Defense Authorization Act. Section 1021 gives the kleptocrats the power to carry out extraordinary rendition on the streets of American cities and hold citizens indefinitely in military detention centers without due process—in essence disappearing them as in any totalitarian state. The kleptocrats have handed the executive branch of government the power to assassinate U.S. citizens. And they have stacked the courts with corporate loyalists who treat corporations as people and people as noisome impediments to corporate profit.

This omnipresent surveillance state and militarization of the forces of internal security are designed to thwart popular revolt. These tools are the moats the kleptocrats have built to protect themselves from the threatening hordes. Full surveillance, as political philosopher Hannah Arendt wrote, is not a means to discover or prevent crimes, but a device to have “on hand when the government decides to arrest a certain category of the population.” The most innocuous information will be twisted and used by the kleptocrats to condemn anyone considered a threat.

The kleptocrats, in the end, have only one real enemy: us. Their goal is to make sure we are mesmerized by their carnival act or, if we wake up, shackled while they do their dirty work. Our goal must be to get rid of them.