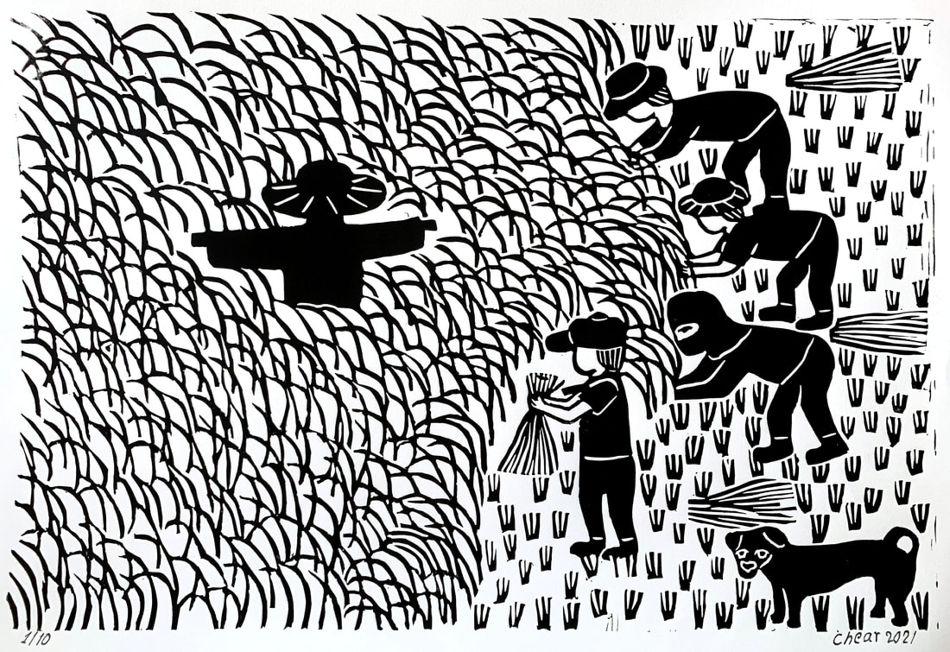 The Fierce Determination Of Ordinary People To Build An Extraordinary World

United States President Joe Biden has suborned 111 countries to attend his Summit for Democracy on December 9–10, ending on Human Rights Day. ‘We welcome all countries, organizations, and individuals to support the goals of the Summit’, the US State Department wrote. However, there are 82 countries that have not been invited, including two large countries that are permanent members of the United Nations Security Council (the People’s Republic of China and Russia) and two small countries from the Caribbean (Cuba and Haiti). In the name of democracy, the US government is pushing its own agenda to consolidate power and further its national interests. This is not a summit for democracy as much as it is a summit for bringing together a grouping to refurbish the tarnished image of the United States.

Tarnished in what way? The Economist Intelligence Unit’s Democracy Index calls the United States a ‘flawed democracy’, which is startling given the source. What makes it ‘flawed’? Three points offer an adequate illustration: (1) the US election process is afflicted by the corrupting influence of money and lobby groups, while the gutting of the Voting Rights Act has put adverse pressure on social minorities to access the ballot box; (2) the US has the highest incarceration rate in the world, with a clear bias against social minorities–particularly in the application of the death penalty; (3) the US has used its control over the global financial system and its immense military to afflict pain on countries around the world, all in contravention of the United Nations Charter.

The point of the Summit is not only to suggest – against all evidence – that the US is a flourishing democracy, but also to use the sublime idea of democracy to fuel the US-imposed hybrid war against its adversaries (notably, China and Russia, but also Cuba, Iran, and Venezuela). This is a crude and cynical misuse of democratic ideals, which should be mobilized to enhance the full range of human potential rather than being made into an instrument of warfare.

The world already has a regular summit of democracies. It is called the United Nations General Assembly. It opens its session each year in September, where heads of governments come to offer their perspective on the dilemmas faced by humanity. What binds the UN General Assembly together is not the whim of this or that powerful nation, but one of the most fundamental documents in the history of humanity: the UN Charter, adopted in June 1945 by the fifty-one countries that founded the UN. Today, there are 193 members of the UN, each of them a signatory of the Charter. Each state in the UN system is obliged to follow the Charter, which makes it the greatest consensus document on the planet. Article 2 of the Charter is clear on two points: (1) that the UN is based on the ‘sovereign equality of all of its members’; and (2) that UN members must ‘settle their international disputes by peaceful means’. The means are specified in Chapters VI and VII of the Charter, with the precise determination that no country should harm another unless there is a UN Security Council resolution to act; no action can take place without UN authorization.

Meanwhile, the US has enforced a harmful blockade against the sovereign people of Cuba since 1961. This blockade is illegal and has been since the start, as it is not authorized by the UN Charter. That is why UN General Assembly members have voted in overwhelming numbers for the US to disband its illegal blockade for the past thirty years. This year, 184 countries voted against the US. ‘The blockade asphyxiates and kills’, said Cuba’s Foreign Minister Bruno Rodríguez Parrilla. ‘It must stop’.

Cuba, a small island nation of 11 million people, has never threatened the security of the United States. The Cuban government has never tried to invade the United States. In fact, the suggestion is absurd, since the US has the most lethal military in the world and would obliterate anyone who tried to attack it (as it did to Japan after 1941 and as it did to al-Qaeda after 2001). Given that Cuba is not a threat to the US, why has the US prosecuted this illegal blockade of Cuba?

As a consequence of the wretched history of colonialism and enslavement, Cuba’s pre-Revolution economy was suffocated by sugar production and tourism. It is not easy to build socialism in a poor country with an economy shaped as a playground for imperialists. There are few precious metals and minerals in Cuba, which would otherwise focus the attention of the capitalists in countries like the US. So, given that Cuba does not have a major supply of natural resources, why has the US prosecuted this illegal blockade of Cuba?

The closest parallel to Cuba is another Caribbean island, Haiti, also with a population of 11 million, also with few natural resources that are useful for the capitalists and with no threat to the security of the United States. Yet, since the Revolution of 1804, Haiti has been suffocated, its wealth drained, its people forced to pay at least US $21 billion in ‘reparations’ for the property – including human beings – that they freed in their efforts to overthrow the slave plantation system. A regime of violence has been imposed on Haiti that continues today, a terrible system of dictatorship and political chaos, all to the advantage of the United States.

What accounts for this animus towards Cuba and Haiti? Their audacity to stand up for their sovereignty and their promise to build a society that is not focused on the needs of the imperialist powers. Haiti’s people said no to slavery when the economies of the US and Europe were premised on the free labor of the enslaved peoples of the Caribbean. That act of freedom by the Haitian people was unforgivable, and for that reason Haiti had to be punished, its experiment with democracy suffocated. If it succeeded, the Haitian Maroon would give other oppressed people ideas, and so this example had to be extinguished.

Cuba, like Haiti, threw off the tentacles of imperialism and its mafias. The revolutionary government was – and remains – committed to building a sovereign project. It created a system of rule that put the interests of its people before profit, ensured that the people’s nutrition, literacy, health, and culture came above all else, and built a model of socialism in a very poor country. The example of the Cuban Revolution too had to be snuffed out by the imperialists who could not tolerate its success, nor could they tolerate the fierce determination of ordinary people to build an extraordinary world.

In the 1804 Haitian Declaration of Independence, the brave revolutionaries wrote, ‘We have dared to be free. Let us be thus by ourselves and for our ourselves’. It is the Haitians who are free, they wrote, but not the French. The French ‘have conquered but are no longer free’, because they – like the ruling elites of the United States – are trapped in the fantasies of imperialism and by their hunger for capital accumulation. There is no freedom in that dream, nor is there democracy.