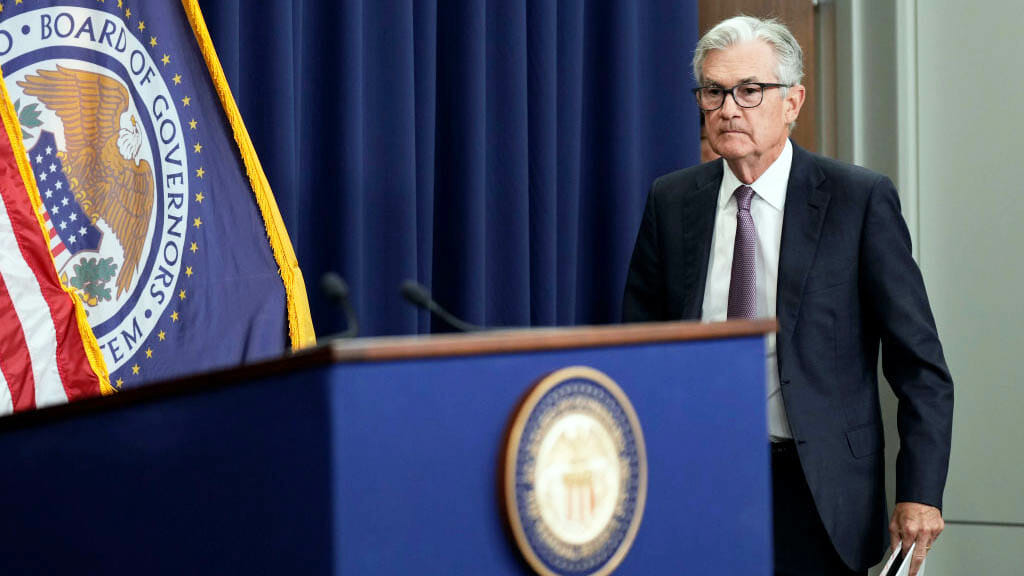 Instead Of Hiking Interest Rates, We Could Be Hiking Tax Rates On Excess Profits And Wealth.

In the United States, the Federal Reserve has so far this year raised the nation’s benchmark interest rate by three points, something that hasn’t happened since the 1980s, and still more rate hikes, the Fed pledges, are coming.

These interest-rate boosts, the central banker reasoning goes, will slow the economy, deflate consumer demand, and get prices shrinking. The downside? Federal Reserve chair Jerome Powell is readily acknowledging the hardships rate hikes are provoking. The slower growth and softer labor market rising rates make inevitable, Powell conceded this past August, “will also bring some pain to households and businesses.”

What our central bankers never acknowledge: that the real pain they’re causing falls only on working people. The Fed’s rate hikes, analysts at Bankrate point out, have “stark” implications for all consumers of modest means. Average households are facing far higher costs, for instance, on auto and home loans. Sinking demand from average consumers eventually translates into fewer jobs and fewer hours for those still working.

The rich, meanwhile, are doing just fine. They’re continuing to splurge, Bloomberg reports, on “pricey Chanel handbags, Dior jackets, and Cartier watches.” Deep-pocketed visitors to France are resting their weary shopping legs these days at the Cheval Blanc, a Paris hotel that charges $54,000 a night for a suite complex that comes with a pool and a private elevator.

Things could get worse for poor and middle-class households if central banks continue with their interest rate-hiking zeal. The risks of a global recession have soared, concludes a new World Bank report.

“Central banks around the world have been raising interest rates this year with a degree of synchronicity not seen over the past five decades,” the World Bank notes, but all these by-the-central-banker-book rate increases may well leave the global core inflation rate at double the pre-pandemic five-year average.

We don’t need to crash the economy, in short, to get inflation under control. We need to get our rich under control. These wealthy — especially those who sit in corporate executive suites — are driving the price hikes that are juicing inflation.

U.S. lawmakers like Senator Ed Markey from Massachusetts have introduced legislation calling for an excess-profits tax “to protect consumers from profiteering and stand against economic inequality.” The Ending Corporate Greed Act that Markey is co-sponsoring with Senator Bernie Sanders and New York Representative Jamal Bowman would subject firms with over $500 million in annual revenues to a 95 percent tax on profits over and above their 2015-2019 profit levels, adjusted for inflation.

This proposed excess-profits tax would stay in effect through 2024. The tax would apply to profits, not revenue, and companies that have increased prices because they actually do face rising expenses would pay no tax under this legislation. Those corporations subject to the new excess-profits levy, the bill’s sponsors point out, would only be those that raise prices “to further enrich their CEOs and wealthy shareholders.”

That would include financial giants like JPMorgan Chase. JPMorgan’s 2021 profit hit $59.6 billion, well above the bank’s $37.4 billion annual average profit for 2015 through 2019. The bank would have paid an additional $18.8 billion in taxes had the Ending Corporate Greed Act been law last year.

European progressives are also pushing for excess-profits taxes. The higher prices corporate giants are charging, they explain, reflect their “monopolistic or oligopolistic power to set market terms.” Norway, a European nation with an excess-profits tax already in effect, expects this levy to jump tax revenue by as much as 50 percent in 2022.

Other progressives on the global tax scene have a different but related inflation fix to offer: a “one-off wealth tax.” Such taxes have a long history and, in the years right after World War II, led to some real fiscal successes.

Central banker interest-rate hikes, by contrast, “curtail” inflation by promoting social disorder and economic breakdown. In economies like ours, mega-billion-dollar corporations effectively have monopoly power over the marketplace. They can raise prices independently of the actual costs — for things like wages — they actually face.

We’re seeing what antitrust expert Hal Singer of Georgetown University’s McDonough School of Business calls “a severing of the relationship between wages and prices in so many sectors of the economy.” Our pharmaceutical giants, for instance, hardly bother looking “at the wages of its chemists” when pricing its products.

If firms “were simply passing along higher costs,” adds Singer, “then we wouldn’t expect to see their profits go up.” But profits today are going up, he notes, and at historically high levels.

Our Federal Reserve’s top brass has no interest in confronting — or even acknowledging — the monopoly power that’s driving these price hikes. And the deeper the coming recession may be, some of the Fed’s cheerleaders seem to believe, the better.

A “level of unemployment that puts employers back in the driver seat,” as real estate CEO Jordan Kaplan noted this summer on a corporate earnings call, would be “good.”