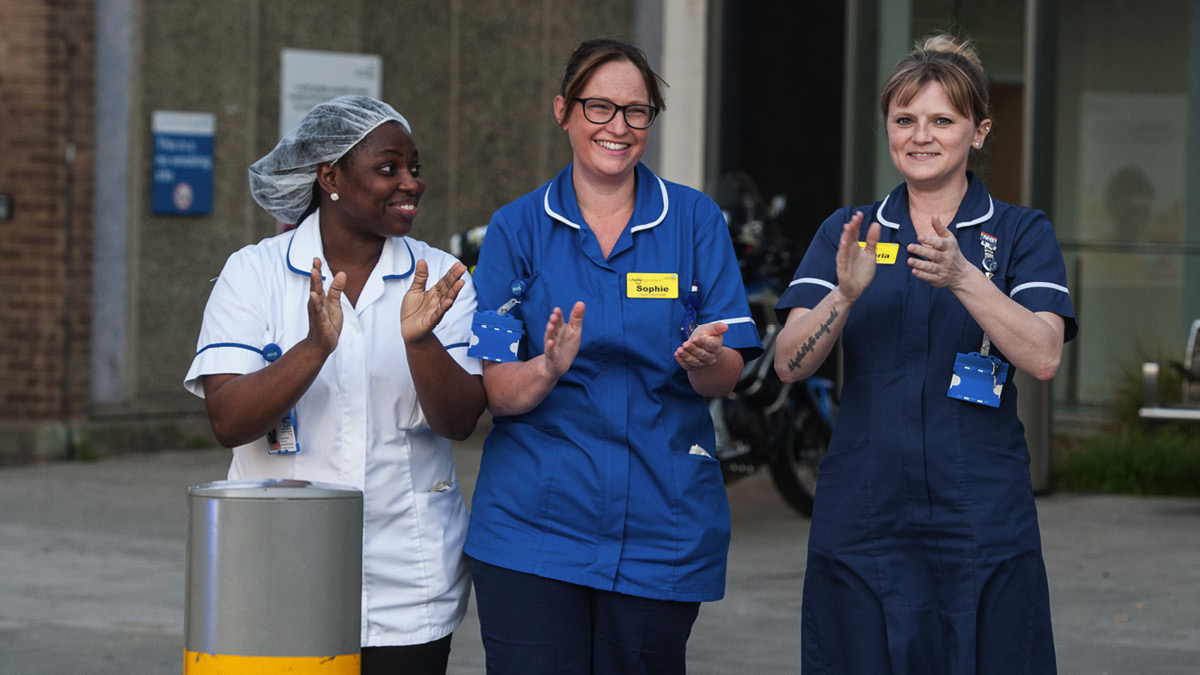 The Fight For Women’s Rights Is A Fight Against Capitalism

Around the world, women – more likely to be in insecure and underpaid jobs – are facing the worst of the Covid fallout.

International Women’s Day was founded after 15,000 women marched through New York City in 1908 to demand three things: better hours, better pay, and voting rights. In most of the world, the last of these has been cemented – but the pandemic has thrown the former two into jeopardy.

In summer 2020, the McKinsey Global Institute reported that around the world, women were at 1.8 times the risk of Covid redundancy compared to the risk facing men. Research from the University of Exeter also found that women in the UK were twice as likely to have lost their job during the first wave of the pandemic.

Around 133,000 more women were furloughed during the first wave, too, meaning more are likely in line for redundancies when the scheme ends. In the UK, as redundancies have proliferated, men’s employment has now fallen more than women’s – but that women were often first in the firing line indicates qualitative divisions in work.

These divisions take various forms. Women (and BAME women, particularly) are considerably more likely to be employed part-time, and on insecure or zero-hour contracts. They’re also more likely to be employed in industries that were shut down by Covid, like retail and hospitality, which likely accounts for a big chunk of job losses – as well as in the public sector, which will represent many of the jobs retained.

Disproportionate childcaring duties have also put women in the firing line. Research from UCL in July 2020 found that women spent twice as much time as men homeschooling children during lockdown, leaving work time limited; the Institute for Fiscal Studies has found that mothers are 47 percent more likely to have lost their jobs or quit during lockdown compared to fathers.

Pregnant Then Screwed, a charity which campaigns against employment discrimination on the basis of pregnancy or parenthood, surveyed close to 20,000 mothers and pregnant women and found that 15 percent of them had either been made redundant or expected to be over the course of the pandemic. 72 percent of those said that they had been forced to work fewer hours as a result of childcare duties.

32-year-old Jessica*, who works in customer experience for a start-up, was told that her company needed to cut costs at the start of the pandemic. ‘They felt that because I was part-time and because I had children—they literally used these words—that I should go on furlough,’ she says.

Jessica was still made to work throughout her furlough, and has now had her hours cut to ten per week, with the lion’s share of her role given over to a younger member of staff.

Then there are rising concerns about conditions, pay, and quality of work among women who have kept their jobs. Women are more likely to have a consistently low income, and key workers out on the frontline of the virus are also more likely to be women (in the NHS alone, women comprised 77 percent of the workforce in 2019).

Data from the Resolution Foundation published early in the outbreak last year showed that only one in 10 low earners were able to work from home, and that 69 percent of those low earners were women.

Siobhan Endean, a national ofﬁcer with Unite the Union, notes that there is a widespread problem with governmental ignorance about the day-to-day machinations of work done predominantly by women.

‘The government had absolutely no idea that women who worked in social care went from care home to care home,’ she says. ‘The fact that they didn’t even have any concept that the health and social care workforce was structured in that way just demonstrates contempt.’

Labour issues have developed against a backdrop of other dangers, including the well-documented shadow pandemic of rising domestic abuse. Unsurprisingly, they’ve also had a huge impact on mental health.

‘Women have told us about their experiences, and I have to say it’s probably the most heartrendingly sad material that I’ve gone through in a while,’ says UNISON’s National Women’s Ofﬁcer Josie Irwin.

A survey by UNISON, which recorded responses from nearly 47,000 women workers—including teaching assistants, nurses, and council staff, among others—found that 65 percent were not sleeping well, and 57 percent felt stressed ‘most of the time’. According to research from UCL, between March and September 2020, women consistently reported higher levels of depression, loneliness, and major stress than men.

Sally, an ambulance care assistant, can attest to these numbers, adding that the low pay common in sectors dominated by women—like healthcare—is a major contributor. ‘I was in the military and got paid “danger money”,’ she says. ‘In this job I’m risking my life every day for £10.94 an hour.’

Endean argues that the government should take a gendered approach to the economy in order to recognise the disproportionate effect pandemic measures are having on women. ‘The sort of inequalities that were bubbling beneath the surface before Covid have just run riot,’ she says, and is echoed by Ronan, who adds: ‘This is all just symptomatic of unaddressed inequality that has existed in the labour market for a really long time.’

Last week’s Budget did little to address these problems. Many were hoping for a U-turn on the public sector pay freeze, and for the £20 uplift to Universal Credit to become a permanent measure. There could have been further help for working mothers, help for the childcare and health and social care sectors, and an increase in rate and accessibility of statutory sick pay, which is vital to low-paid workers. Put simply, the policies that could transform women’s lives are the policies that would help all workers.

Rishi Sunak himself acknowledged that ‘the economic impact of restrictions has not been felt equally,’ and that ‘staff in the hardest-hit sectors are more likely to be young, female, from ethnic minorities, and lower paid’ – but no measures were offered to combat that iniquity. On top of all this, companies have just been given another six-month postponement on gender pay gap enforcement, after enforcement was postponed for the entirety of 2020.

At its most serious, the consequences of Covid could mean the future for women looks less like science fiction and more like history. Researchers, campaigners, and journalists alike have spoken about a risk of ‘regression’ to a society in which women are either confined to the home, or forced into precarious work which goes undervalued and underpaid.

‘The government need to stop the slide back to the 1950s,’ says Irwin, ‘which is what this feels like.’ This is not a problem confined to individual households: it’s a political problem—one of exploitation, of casualisation, and of a system that fails to value work that doesn’t revolve around profit—and must be tackled on a political level.

Rachel Hagan is a freelance women’s rights and global affairs journalist, currently based in London.