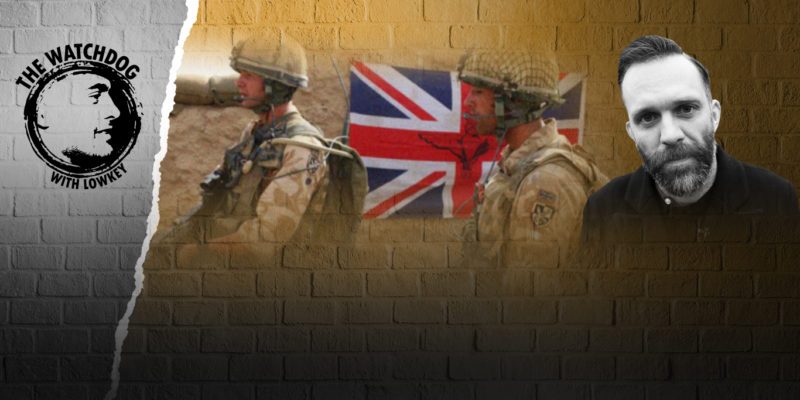 The Futility Of The Afghan War And ‘War On Terror’

Why I Deserted: Dissident Joe Glenton.

In This Frank Discussion, Glenton Opens Up About The Cult Of Imperialism Within The British Army, His Experiences With The Opium Trade, And The Completely Foreseeable Collapse Of The Afghan Government.

The world’s news feeds have been inundated this week with a deluge of images of the extremely hasty American retreat from Afghanistan. After militarily occupying the country for two decades and spending an estimated $2 trillion, the American-backed Afghan government lasted barely a week without U.S. troops backing it up. President Ashraf Ghani almost immediately fled to nearboring Tajikistan, reportedly taking hundreds of millions of dollars in stolen cash with him.

The scenes of desperate Afghans crowding into the last American planes have made this week an extremely embarrassing one for the U.S. and its allies. But what about the human cost of two decades of occupation?

One man who knows more than most about the absurdities of the war is Joe Glenton. A former soldier in the British Army, he refused to return to Afghanistan, citing his moral objections to the conflict, for which refusal he served six months in a military jail. Joe Glenton joins Watchdog host Lowkey to discuss his experiences and the recent events in the country.

Like many working class people, Glenton saw the military as a potential way out of poverty. He passed through basic training and was deployed to Kandahar Province in 2006. The Army told him he would be going there to help Afghan women, to allow girls to go to school, to build infrastructure, and to stop the booming illicit opium trade. However, he soon became disillusioned with what was going on. He developed a creeping sense of “I think we’re being lied to,” he told Lowkey. And what was sold as a peacekeeping mission almost immediately became a hot war. “It very quickly became clear that our presence had become a lightning rod. Where there hadn’t been an insurgency, there suddenly was one,” he added, noting that “on this supposed peacekeeping mission we ran out of high-artillery ammunition.”

After repeated mortar shelling, Glenton began manifesting the symptoms of post-traumatic stress disorder and once back in the United Kingdom, he publicly refused to return, leaving the country but eventually coming back to fight his case. Today, he is an activist and a writer whose work has appeared in The Guardian, The Independent and The New Internationalist. His book, “Soldier Box: Why I Won’t Return to the War on Terror,” was published in 2013.

In this frank discussion, Glenton opens up about the cult of imperialism within the British Army, his experiences with the opium trade, and the completely foreseeable collapse of the Afghan government.