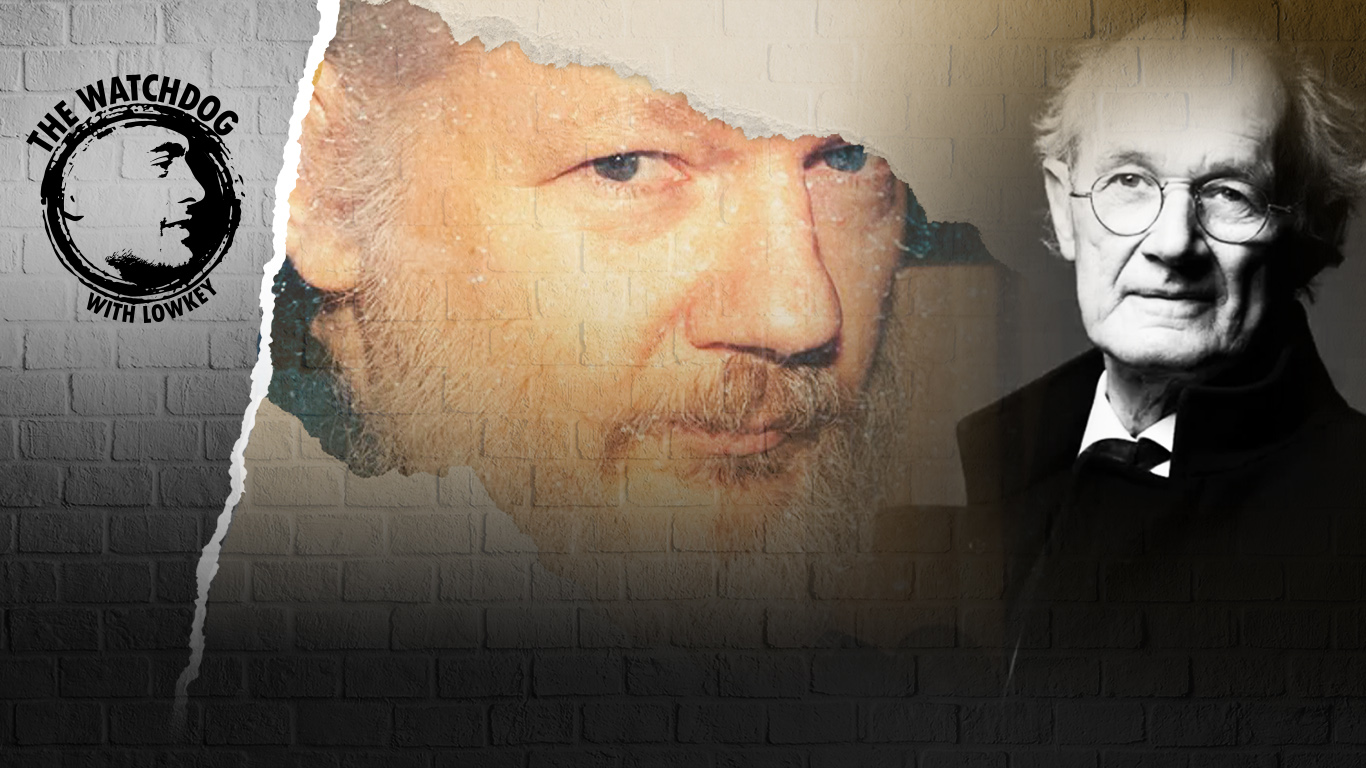 The Growing Movement To Liberate Julian Assange, With John Shipton

On this week’s edition of The Watchdog podcast, Lowkey explores the growing movement to free Wikileaks founder Julian Assange, and is joined by his father John Shipton, to do so. Imprisoned in Belmarsh high security prison in London since 2019, and before that confined to the Ecuadorian Embassy, Assange has spent a decade locked up. If extradited to the United States, he faces up to 175 years in prison.

Yet there are signs that his future might be brighter than his past. The global movement to free him, Shipton explains, is growing. In Australia, dozens of members of parliament have come together to lobby for Assange’s release. In the United Kingdom, 23 MPs from across the political spectrum have done the same. Indeed, the parliaments of every single European nation have an Assange friendship group. And 26 major NGOs have signed a letter of support that was recently sent to President Biden.

But, as Shipton explained to Lowkey, these groups are not acting on their own accord, but rather are reacting to popular pressure. As he said:

These elements of institutions, parliaments and NGOs and governments represent an upwelling tide of support. They don’t do it out of their own motivation. They do it because they either feel the injustice from the upwelling tide of support or realize as parliamentarians that their position is to carry this forward into the institutions of Parliament and resolve the situation.”

The Biden administration is also coming under attack from Latin American nations. Mexican president Andres Manuel Lopez Obrador recently publicly stated that if Biden extradites Assange, he should tear down the Statue of Liberty as freedom will be over.

“He is the best journalist of our time in the world and has been very unfairly treated, worse than a criminal..This is an embarrassment to the world,” Lopez Obrador added.

Both Shipton and Assange feature in a new documentary film, Ithaka, which details the struggle to free Assange and the emotional toll it has taken on his family. The film is directed by Ben Lawrence and produced by Assange’s brother, Gabriel Shipton. Late last month, Lowkey hosted a special screening of the film in London, alongside Shipton and Assange’s wife, Stella.