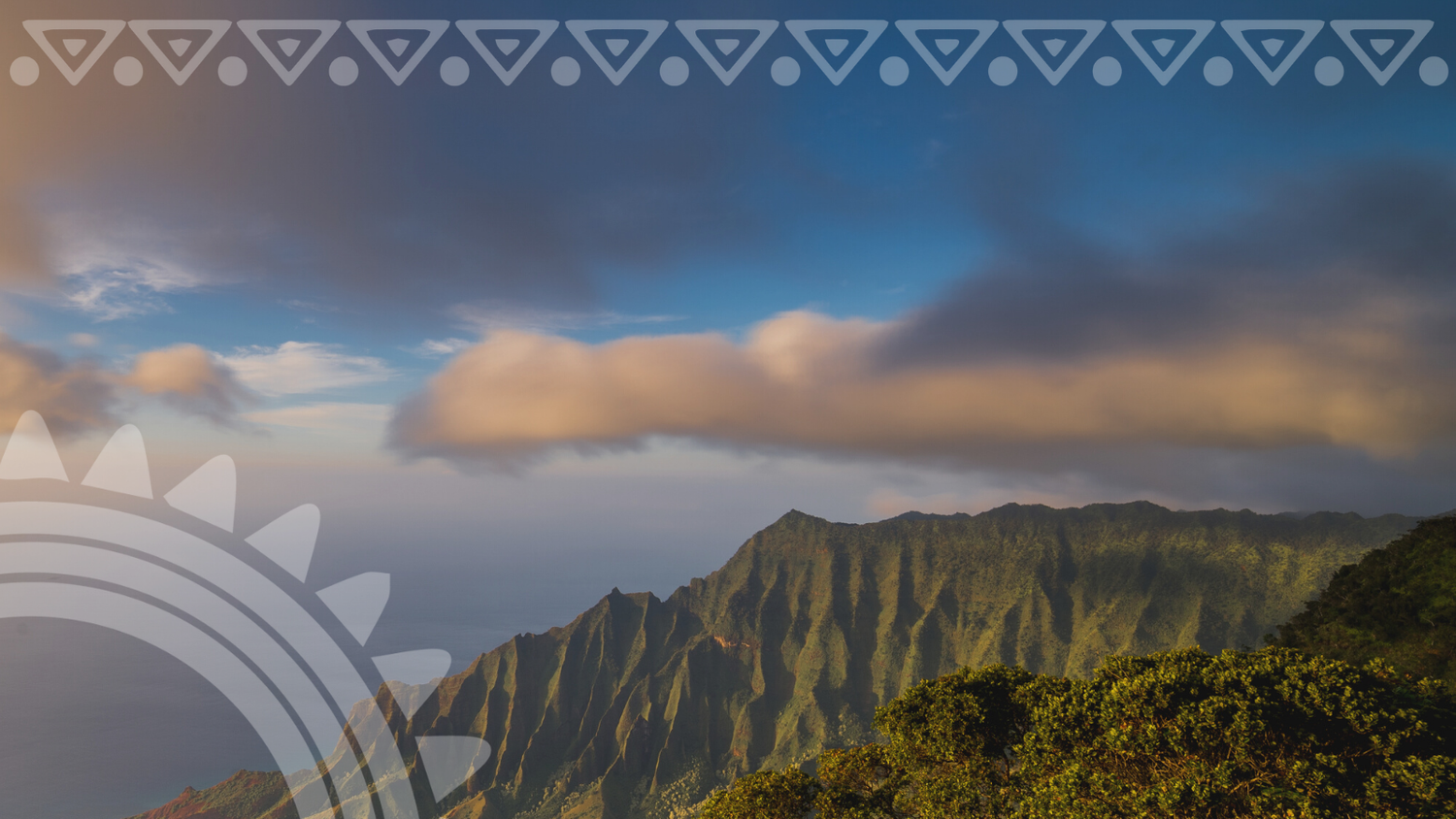 Hawai’i is on path to become the first state in the US and the world and the first Pacific Island to endorse the proposal for a global plan to manage a fast and fair phase out of coal, oil and gas.

Honolulu, Hawai’i – The Hawai’i State Legislature has adopted a resolution calling for the State of Hawai’i and all counties to endorse the Fossil Fuel Non-Proliferation Treaty. Hawai’i was the first US state to make a Climate Emergency Declaration and pass legislation to implement portions of the Paris Climate Agreement. Hawai’i may now become the first state and the first Pacific Island to join the call for the Fossil Fuel Non-Proliferation Treaty.

The proposed Fossil Fuel Non-Proliferation Treaty would provide an international mechanism to advance a fast and fair phase out of fossil fuel production in line with both the Paris Agreement and United National Sustainable Development Goals. Fossil fuels are by far the largest contributor to climate change.  Oil, gas and coal are responsible for close to 80 percent of carbon dioxide emissions yet they are not even mentioned in the Paris Agreement.

Auimatagi Joe Moeono-Kolio, Pacific Champion with the Fossil Fuel Non-Proliferation Treaty Initiative, said: “Today, Hawai’i has reminded the world of the climate leadership and spirit that communities throughout the Pacific have embodied for decades by calling for the immediate phase out fossil fuels and initiate a just transition to ensure the survival and continued flourishing of our peoples and our planet for generations to come. Just as our ancestors did and continue to model for us today, this announcement is a reminder of our common responsibility and stewardship and one we hope the US – and the world – can learn from.”

Tzeporah Berman, Chair of the Fossil Fuel Non-Proliferation Treaty Initiative and International Program Director at Stand.earth said, “Pacific Islands have been at the forefront of climate policy for decades. Now Hawai’i has become the first state government on earth to begin the process of calling for a Fossil Fuel Non-Proliferation Treaty. For the sake of our future, let us hope this triggers other states to help generate the momentum for a wave of international cooperation to end the era of deadly fossil fuels.”

Hawai’i plans to close its last coal plant in the fall of 2022 and has doubled the percentage of electricity produced from renewable energy from 20% to 40% in the last eight years. The resolution calling for an international mechanism to manage fossil fuel production also affirms Hawai‘i’s ongoing commitment to the goals of the Paris Climate Agreement and the United Nations Sustainable Development Goals.

Senator Karl Rhoads, who introduced the resolution and is Chair of the Senate Judiciary Committee, said: “Hawai’i is taking our own bold actions for climate change resilience and to move off fossil fuels. We need and welcome international action at every level of government to address the climate crisis and move to renewable energy. The Fossil Fuel Non-Proliferation Treaty Initiative works with the Paris Climate Agreement and the United Nations Sustainable Development Goals to take critical steps now for a better future.”

Maui County Councilmember Kelly King, who plans to introduce a resolution for Maui County’s endorsement, said: “I fully support the Treaty’s focus on nonproliferation, fair phase-out and just transition from fossil fuel production. Hawaiʻi is famous for and uniquely dependent on our precious environmental beauty, and we should continue to be leaders in environmental protection.”

**Tyler Levine, a 17-year old student from Oahu, said, “**We youth are being placed in a world that is quite literally falling apart with no means to correct the predicament. This is because the interests of fossil fuel industries and ‘business as usual’ are not weighed against the people who do not have the right to vote. To rewrite the history of our future, it is imperative that Hawaii as a state endorses the Fossil Fuel Non-Proliferation Treaty to start a transition towards equitable green jobs and clean renewable energy.”

Joshua Cooper, a Lecturer at the University of Hawai’i and Director of the Hawai’i Institute for Human Rights, said, “Hawaiʻi committed to the United Nations Declaration on the Rights of Indigenous Peoples, recognizing the spiritual and familial relationship between humanity and our planet. Hawaiʻi has continued to match the promises with policies and practices to Malama Honua. A Treaty endorsement, which is consistent with our commitments to the Paris Climate Agreement and the United Nations 2030 goals, is part of the necessary course change to address the multiple impacts of climate change that Hawai’i is experiencing. We must accelerate our actions for a fossil free future.”

Peter Greenhill, founder of the Iolani Peace Institute, said, “It would send a powerful message and lead to concrete action if the State of Hawai’i endorsed the Fossil Fuel Non-Proliferation Treaty. It would mean that Hawai’i is taking the lead in the US on this issue which is consistent with the State’s earlier leadership on clean energy, sustainable energy and related issues like International Day of Peace and the UN Declaration on the Rights of Indigenous Peoples.”

The resolution has also received supportive testimonies from the Hawaii State Energy Office, 350 Hawaii, the Hawai’i Forestry Industry Association, several students from the University of Hawai’i and Protectors Hawai’i.

Global momentum around the Fossil Fuel Non-Proliferation Treaty Initiative is growing. In the past year, the campaign received support from 101 Nobel laureates, 2,600 academics, 231 parliamentarians, hundreds of youth activists, a growing group of religious leaders, more than 1,300 civil society organizations, and 46 cities including Paris, Amsterdam, Toronto, Los Angeles, Barcelona, Toronto, and Geneva. These city commitments are critical pieces to driving a wider domino effect towards global cooperation.

Currently, national governments plan to expand fossil fuels at levels that would result in more than twice the climate pollution emissions consistent with limiting warming to 1.5 degrees Celsius. Despite these plans, there is currently no mechanism in place to limit this fossil fuel expansion.

The Fossil Fuel Non-Proliferation Treaty provides a vehicle to spur the international cooperation needed, drawing on lessons from global efforts to stop the spread of nuclear weapons and ban ozone depleting chemicals, landmines and other threats to humanity. It will advance action under three pillars:

For more information on the Fossil Fuel Non-Proliferation Treaty, please visit the media center,  the website and view the introduction video.

About the Fossil Fuel Non-Proliferation Treaty Initiative and SAFE Cities

SAFE Cities is a growing movement of neighbors, local groups and elected officials phasing out fossil fuels and fast-tracking clean energy solutions to ensure a just transition. Already dozens of cities and counties across the US – and several more around the globe – have passed concrete policies to keep their communities SAFE from fossil fuels, build renewable energy infrastructure, and create good, long-term jobs.

The Fossil Fuel Non-Proliferation Treaty and SAFE Cities are sister campaigns working toward the same goal – an equitable world safe from fossil fuels. While SAFE Cities are a locally based solution that people in every community in the world can act on without delay to achieve a just transition, the Treaty Initiative goes global by encouraging first mover governments to act now while spotlighting the need for global cooperation in a time of global crisis. Together they tackle the climate emergency at all levels of government to ensure high-level ambition is paired with accountable execution on the ground.