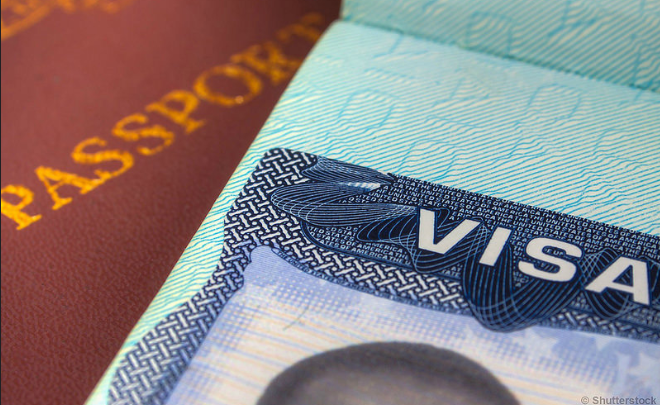 The Immigration Con: How Duopoly Makes Public Forget About Roots Causes Of War And Economics

Many are focusing on the travel ban, largely targeting Muslim countries, and the separation and detention of asylum seekers separated from their children at the U.S.-Mexico border. The the U.S. media and political establishment has put the issue of immigration front and center, causing all manner of political venting and pro and anti Trump venom to spew forth.

A silver lining seems to be that it has helped raise issues that — unlike the Russiagate story much of the establishment media has obsessed over — at least have some currency with the general public.

But the manner in which immigration issues have been focused on has obscured the root causes of those issues. Desperate migration is ultimately caused by economics, like so-called trade deals, corrupt Central American governments, often U.S.-backed, U.S.-backed coups and other policies.

And refugees desperately flee countries like Syria largely because of prolonged U.S.-backed wars.

In virtually all these instances, there is left-right opposition to the establishment policy that is often at the root of the problem. The establishment of the Republican and Democratic party have rammed through trade deals like NAFTA and CAFTA and global pro-corporate policies. The U.S. government — with both Obama and Trump administrations — has backed coups like Honduras in 2009 or rigged elections like in 2017.

Corporate deals and coups and such give rise to governments unresponsive to their citizens, enacting economic policies that have impoverished most of the people of these countries. It’s a testament to the long term effects of U.S. interventions that regions like Central America, which have been the focus of so much U.S. government attention over the decades, are in such dismal condition.

Such circumstances breed gangs, which means a lack of safety, causing desperate migration. Parts of grassroots economies, like small farmers growing corn, have been decimated because deals like NAFTA allow for dumping of U.S. agribusiness corn. Drug cartels rise as a way to make money for some — and to fulfill a demand for narcotics in the U.S., an escape for USians form their own economic plights and often nihilistic lives. Meanwhile, transpartisan efforts at drug legalization and pushed to the background.

Similarly, many leftists and some rightwingers, like Ron Paul, oppose constant U.S. interventions in the Mideast as well. The invasion of Iraq lead to the rise of ISIS, the destablization of Syria, Libya and other countries. The U.S. establishment and its allies, Saudi Arabia and Israel have effectively sought to prolong the war in Syria and to destabilize other counties in the region for their geostrategic designs.

The rank and file bases of the Democratic and Republican parties are largely against NAFTA, CAFTA, etc. — while the elites in both parties are for them, so they get done. Clinton and Obama were duplicitously for them (pretending that side deals on labor and environment will do much and thus to distract from their pushing corporate agenda). Trump rants and raves about much, but hasn’t put forward a serious crit of them.

So, the bases of the two parties end up fuming at each other over status of migrants from Central America and travelers from largely Muslim countries. They become further entrenched into either establishment party structure while the people running those structures continue to perpetuate policies that the bases agree with each other about.

All this has the effect of further entrenching people in their partisan boxes. Progressives with problems with the Democratic Party do their duty to fight against the Trumpsters and vice versa.

So, you get more war and more pro-corporate policies.

The manner of these debates tears people apart just enough to prevent dialogue. Sarah Sanders is told to leave a restaurant, but pundits on CNN urge the public not to be out in the streets arguing. Voting is the one and only path to making your voice heard. Shut up and get in line.

The debates rarely question national myths. Quite the contrary, they are an opportunity for “both sides” to appear to more loudly vocalize how they embody the goodness inherent in the U.S. “We need to reclaim our values… We’re a good nation, we’re a good people. And we should be setting a standard on this planet of what humanity should be about,” says Sen. Cory Booker after the Supreme Court upholds President Trump’s travel ban.

What “humanity should be about”. This from a member of a Democratic Party establishment that has fueled polarization with the other nation on the planet with thousands of nuclear warheads. From a party establishment that has dismissed apparent progress toward finally ending the bloody Korean War. Just this week, Senators from both sides of the aisle voted to allocate more and more money for wars. The recent increases in the Pentagon budget are more than the entire military budget of the great threat, Russia.

U.S. benevolence is to be proven by taking in a nominal number of refugees to some self-proclaimed liberals. So-called conservatives preserved the dignity of the nation not by insisting that the rule of law be applied to high officials, but that we should have zero tolerance for helping some desperate souls.

They diminishing economic state of USians emanating from economic inequality is largely off the agenda of both parties. They entrench the partisan divide, but in a way that obscures deeper issues. Party on.